2019 Mercedes-Benz A-Class will be tough to beat

Home » 2019 Mercedes-Benz A-Class will be tough to beat

We recently saw some teasers from Mercedes-Benz of its new A-Class hatchback that will become the newest entry into the premium compact car segment. Current, the Audi A3 is the A-Class’ main competitor, as it’s the only premium sedan or hatchback in that segment (there’s an Infiniti thing but that’s basically a Mercedes anyway so we won’t include it). However, there will be a front-wheel drive BMW 1 Series, eventually, and this Mercedes-Benz A-Class is going to be the Bimmer’s most difficult competition.

This new Mercedes-Benz A-Class is also front-wheel drive and it features new styling, all-new technology and, most importantly, an entirely new interior. All of which combines to make the A-Class the most impressive small car in the class.

On the outside, the new Mercedes-Benz A-Class gets the same new face as the CLS-Class, which leads us to believe that this will be Mercedes’ new corporate face moving forward. While it’s somehow better looking on the A-Class than the CLS-Class, it’s still not great. There’s just something off about its headlights. But it is better looking than the CLS-Class, despite being almost exactly the same. I wonder if it’s the shorter hood and stubbier proportions. From the side, it doesn’t look much different from the previous-generation car but it’s smooth and handsome enough. At the back, it seems as if Mercedes figured out how to make the rear taillights of the CLS actually look good on this. It actually looks kind of good. Fight me.

Inside, though, is where the real magic happens. At that price point (expect it to be about $30,000 to start), there isn’t a nicer cabin on the market. It’s stylish, high-tech, modern looking and exciting. IT gets much of the same interior styling as you’ll find in the C-Class, E-Class and S-Class and that’s a very good thing. As-standard, it gets those massive dual touchscreens, which are incredibly high-def and feature rich graphics. It also gets those turbine-style air vents that Mercedes loves so much, which have LED lighting inside of them. Speaking of LED lighting, there’s an entire Vegas nightclub’s worth of ambient lighting inside the A-Class’ cabin. The built quality might be a bit sub-par in places, as we’ve seen in many modern Mercedes’, but no one can deny its great styling, which will surely appeal to the sort of younger audience that will be buying the Mercedes-Benz A-Class. It’s a good move. 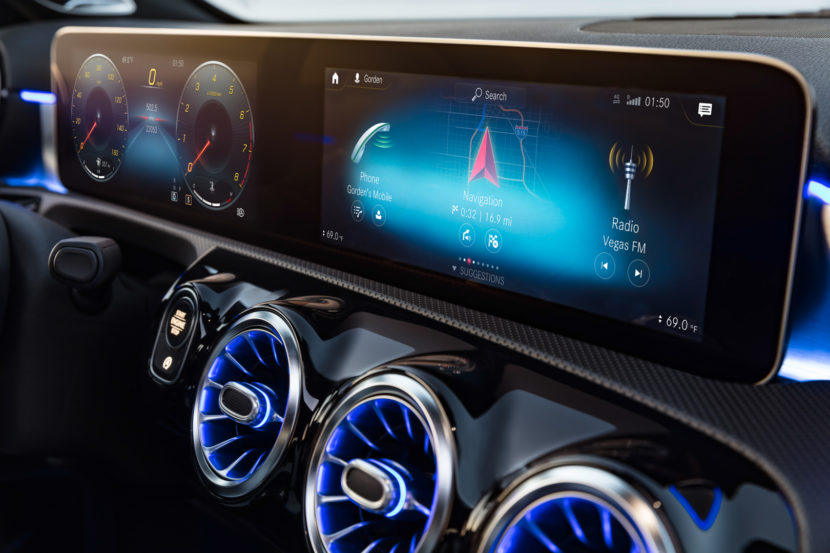 Another interesting bit, the new A-Class will feature the brand’s newest technology and will be the first to do so. It’s called “MBUX” and it’s Mercedes’ new artificial intelligence tech. So it can respond to commands much like Siri or Alexa. Just saying “Hey, Mercedes” wakes it up and you can ask it to do certain functions. It’s quite impressive.

Under the hood, there will be three engine options to choose from. The Mercedes-Benz A200 will get a 1.4 liter turbocharged four-cylinder engine that makes 163 hp. The A250 will get a 2.0 liter turbocharged four-pot making 224 hp, which is the one to get. There’s also going to be an A190d which will have a 116 hp turbo-diesel. We will be getting the Mercedes-Benz A-Class in the US, but it might come as a CLA-Class sedan and it will likely only come with the 2.0 liter turbo-four.

We’ve been underwhelmed by inexpensive Mercedes products in the past, with the current GLA-Class crossover thing being quite horrid. This new Mercedes-Benz A-Class, though, looks like it could be very promising and will likely sell like crazy. The BMW 1 Series and Audi A3 are going to have their hands full. 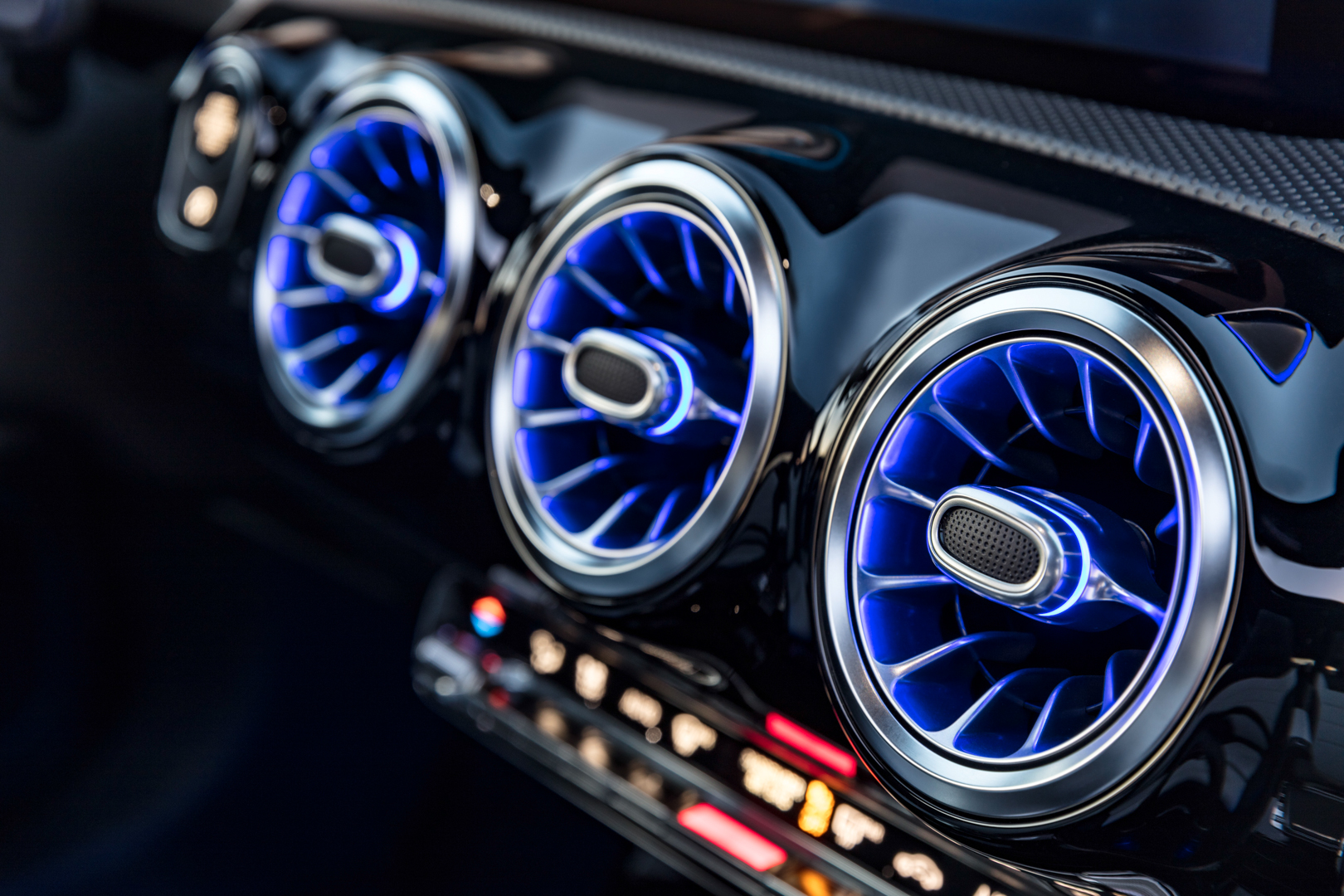 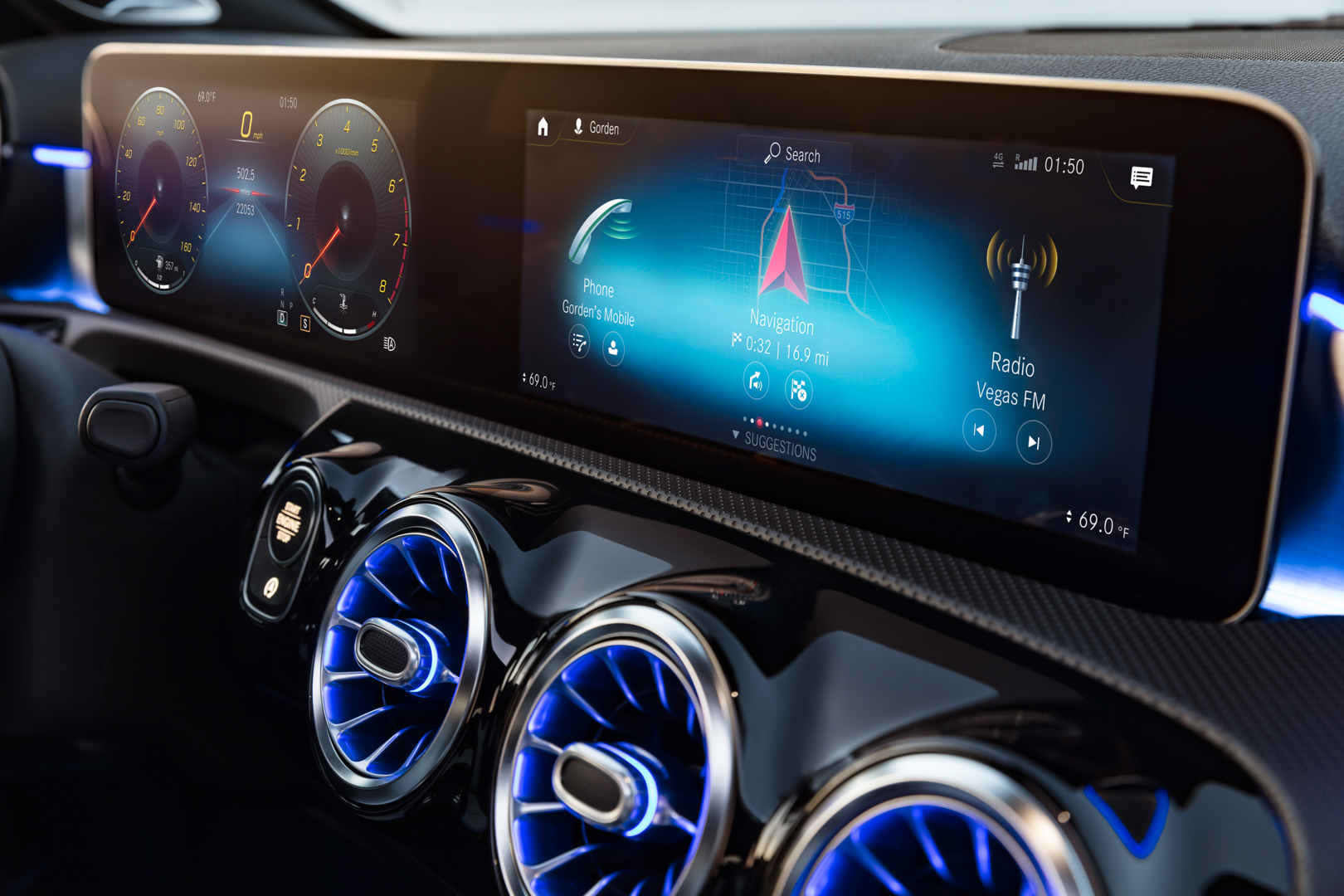