Even though the world is currently focused on the newly launched Rolls-Royce Phantom VIII, other models in the line-up of the British manufacturer are also proving to be relevant these days. At a recent gala held in the UK, the Rolls-Royce Ghost Extended Wheelbase (EWB) model was awarded the Best Luxury Car Award by British magazine What Car. The judging committee decided that the Ghost, even though a couple of years old now, is the best car in the luxury cars over £100,000 segment.

In awarding the Ghost Extended Wheelbase the What Car? honor, judges celebrated the car’s peerless duality, which combines vibrant driving dynamics with a near-silent and truly cocooning passenger suite. “If money is no object, then treat yourself to the Ghost’s almost ethereal quietness, storming V12 engine and seats which are the most comfortable you’re likely to find in any car,” was the conclusion reached by the panel. 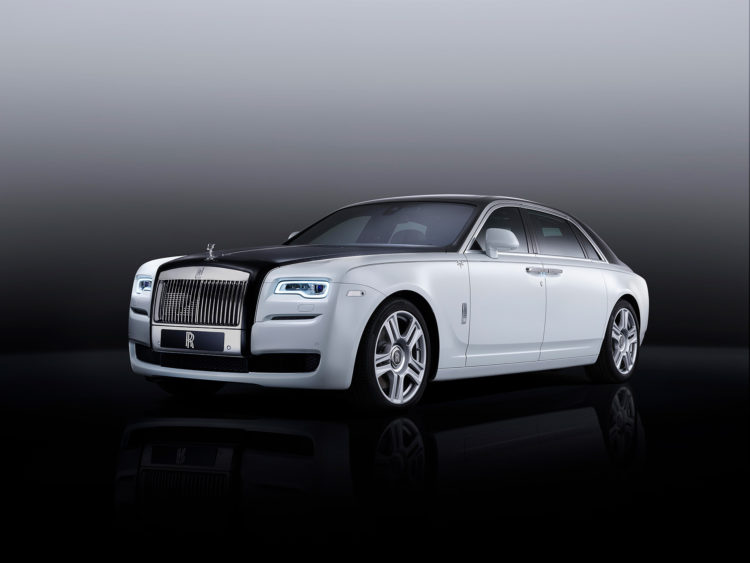 Torsten Müller-Ötvös, Chief Executive, Rolls-Royce Motor Cars, said, “Recognition of Ghost Extended Wheelbase by What Car? further strengthens its standing as the highly-successful entrepreneur’s choice of motor car. Ghost continues to stand for a contemporary and more informal manifestation of the brand and, as such, has become the unequivocal choice of pioneers and tastemakers as they ascend through their fields.”

Ghost Extended Wheelbase’s marriage of the very latest technology and contemporary design has become the consummate motor car for entrepreneurs since its launch in 2011. Maximizing the indulgent proportions of an Extended Wheelbase, this new generation of highly-successful and influential young people continue to challenge the Bespoke artisans at the Home of Rolls-Royce in Goodwood, England, to interpret the marque in their own image. The award is even more impressive as the Ghost is still riding on the F01 7 Series platform, which was retired a while back.

This honor, and true measure of success in the automotive world, is reflected with sustained customer demand. It also follows numerous plaudits for Rolls-Royce in recent months as New Phantom retains the title of “Best Car in the World”, continuing to earn praise from the world’s most prestigious and discerning critics, including statements that Phantom “Is the pinnacle, the epitome, of motoring luxury” (Autocar), “An all-new version of the finest car in the world” (The Independent), “Has changed what a car can be” (GQ) as well receiving ‘Best Luxury Car’ at the UK Car of the Year Awards and Top Gear Magazine’s ‘Luxury Car of the Year’.