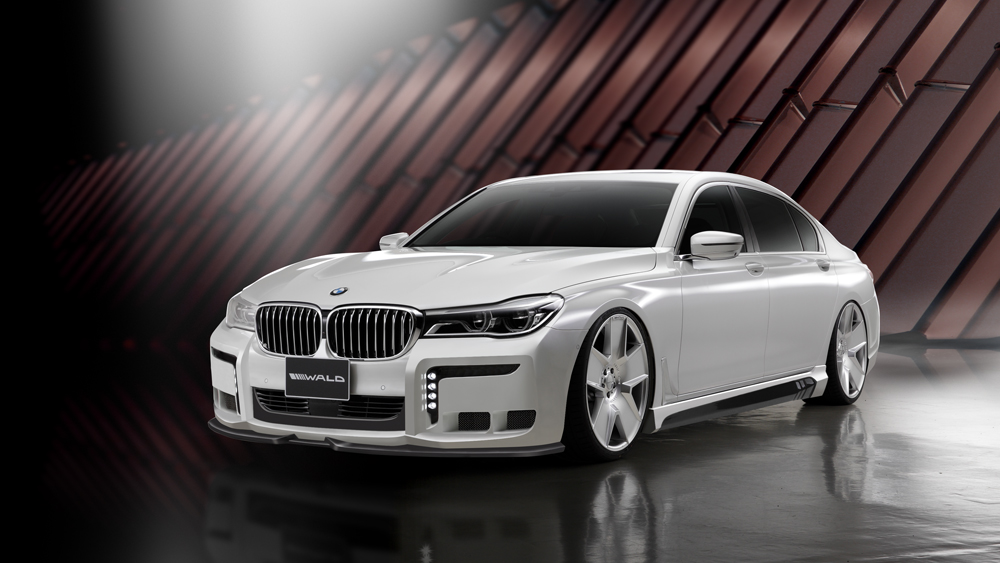 Japanese tuner, Wald International, released two pictures of its latest creation, the BMW 7 Series Black Bison. The Black Bison brand has been around for years and it has become unanimous with the company itself over the years, their latest creation falling right into the pattern they’ve gotten us used to. The 7 Series wearing this package is definitely not a choice for everyone but an interesting one nonetheless.

The complete kit completely transforms the 7 Series as we know it and you can see that in the photos. The front bumper has been completely reworked and now features vertical LED strips on the sides. At the same time the air intakes at the bottom have been modified, seemingly letting less air in. Whether that is in tune with keeping the engine’s specs the same, remains to be seen, but the guys have probably run some checks to make sure your mill won’t be devoid of air. 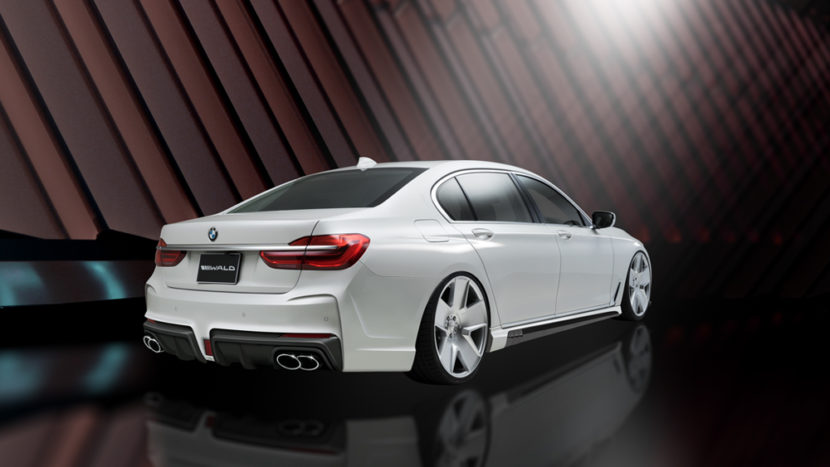 The car also seems to have been lowered and Wald’s own wheels have been used to give the whole thing a beefier appearance. The side skirts now feature black motifs down the sides while the rear bumper has been overhauled as well. Now we get what looks like a split diffuser at the back that seems to span from one side to the other. Right down the middle we have a red reflector that doesn’t seem to fit in at all.

Of course, when talking about looks everyone’s subjective and that’s normal. After all, beauty is in the eye of the beholder and we can’t speak for everyone when saying it’s not really our cup of tea. Then again, maybe you guys feel different. Would you get one of these kits?