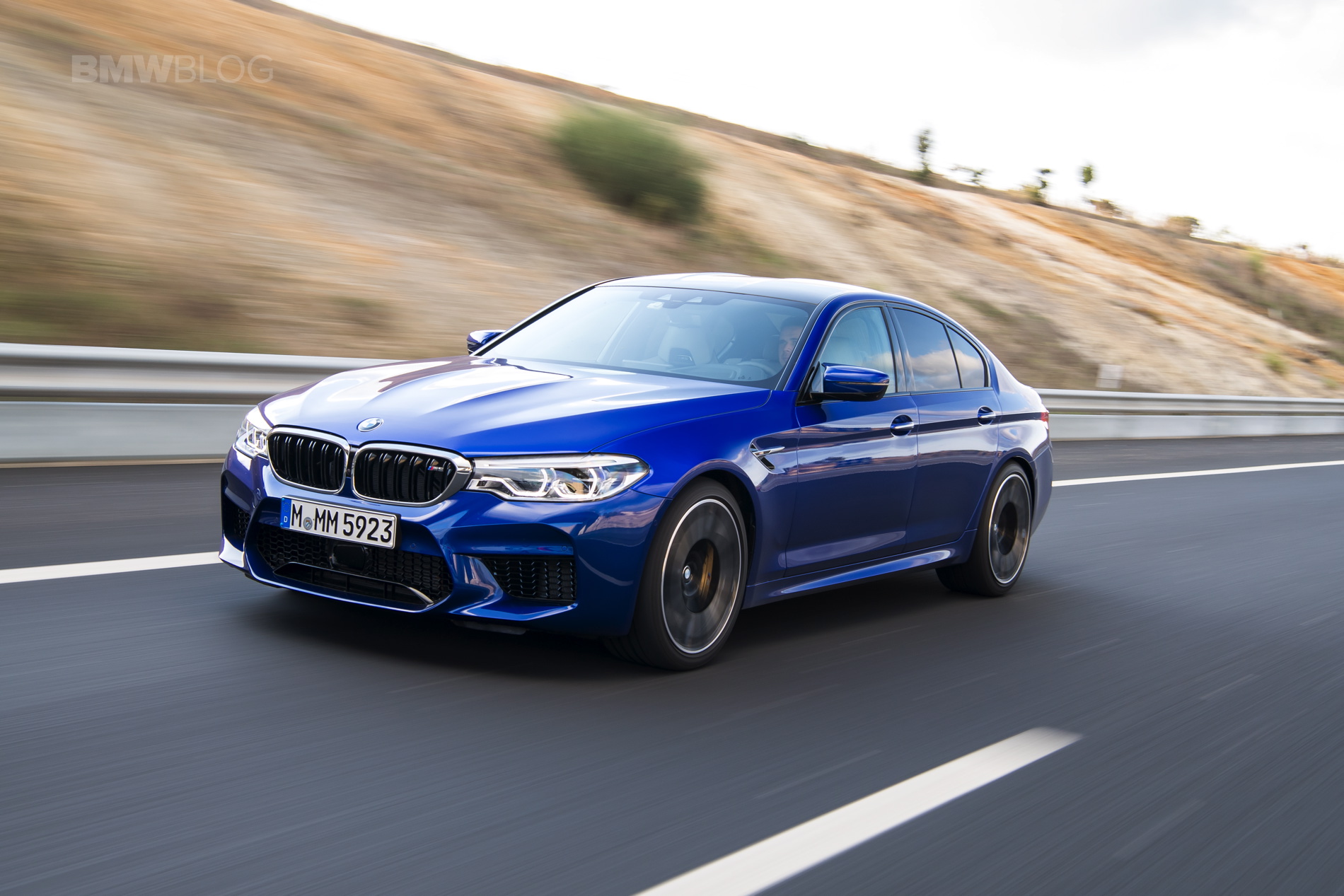 This comparison was the first thought in most enthusiasts’ minds when the F90-gen BMW M5 first debuted. When BMW fans first saw the new M5, they immediately thought “how is it going to stack up against the E63 AMG?”. That’s a testament to how good the new Mercedes-AMG E63 is, which is an incredible super sedan. So how does BMW’s new 600 hp, all-wheel drive M5 stack up to the mighty AMG? Auto Bild found out.

First, let’s take a look at how the two cars stack up on paper. Both cars use twin-turbocharged V8 engines, a 4.4 liter unit from BMW and a 4.0 liter from Mercedes-AMG. The BMW M5 makes 600 hp on the nose and the AMG makes 603 hp. Though, the AMG crushes the M5 for torque, making 627 lb-ft (non ‘S’ model makes 553 lb-ft) while the BMW M5 makes 553 lb-ft. Both cars send power through automatic gearboxes, an eight-speed, torque-converter auto for BMW and a nine-speed, wet-clutch auto for AMG. Both cars also send power to all four wheels with the ability to become completely rear-wheel drive. 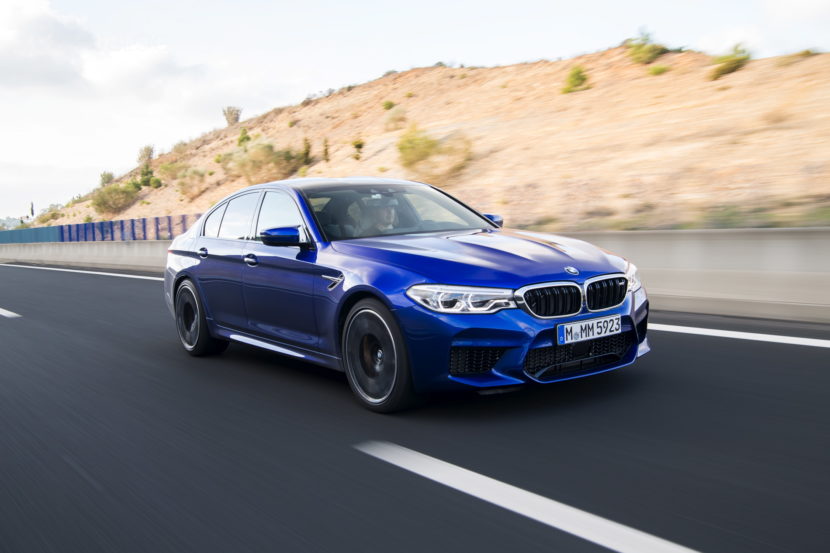 As far as performance goes, both cars are just as closely matched as they are on paper. The sprint from 0-60 mph comes in a claimed 3.4 seconds but expect both to do it in around 3.2 seconds. However, according to Auto Bild, the M5 is quicker to 200 km/h (124 mph), with the M5 doing it in 11.1 seconds compared to the AMG’s 11.5 seconds. It’s odd that the M5 is quicker to 200 km/h, being that it’s slightly less powerful but we chalk it up to being lighter.

So both cars are really evenly matched on paper. But on-paper specs and performance can only go so far. At some point, you need to get behind the wheel and figure out which car is best. And that’s exactly what Auto Bild did.

It’s actually interesting what they learned from driving both cars back to back. Both cars are capable of being absolute hooligans, roasting their tires and making big skids. However, it’s the BMW M5 that actually has a bit more duality. Usually, it’s the Mercedes-AMG that’s the more comfortable on public roads while M products are usually too crazy, too motorsport-like. In this case, though, it’s actually the M5 that’s more comfortable when put in Comfort mode. It’s the more relaxed car under normal conditions.

The AMG E63 S has firmer suspension, more aggressive negative camber and is, ultimately, the angrier car of the two. That doesn’t mean it’s better to drive, though. The M5 is said to have a bit better steering, while also feeling a bit lighter and sharper. Though, when just puttering around town, the M5 is a bit calmer and more comfortable. That’s not to say that the AMG is bad to drive, quite the contrary. The AMG is a riot and its V8 makes a much better noise. Though, it’s not enough to fight off the new M5.

BMW’s newest M5 is a monster with a duality that makes it just a touch better than the mighty AMG E63 S. When the new E63 first debuted, it blew everyone away and rightfully so. It’s excellent. But the new BMW M5 seems to be a bit more excellent.