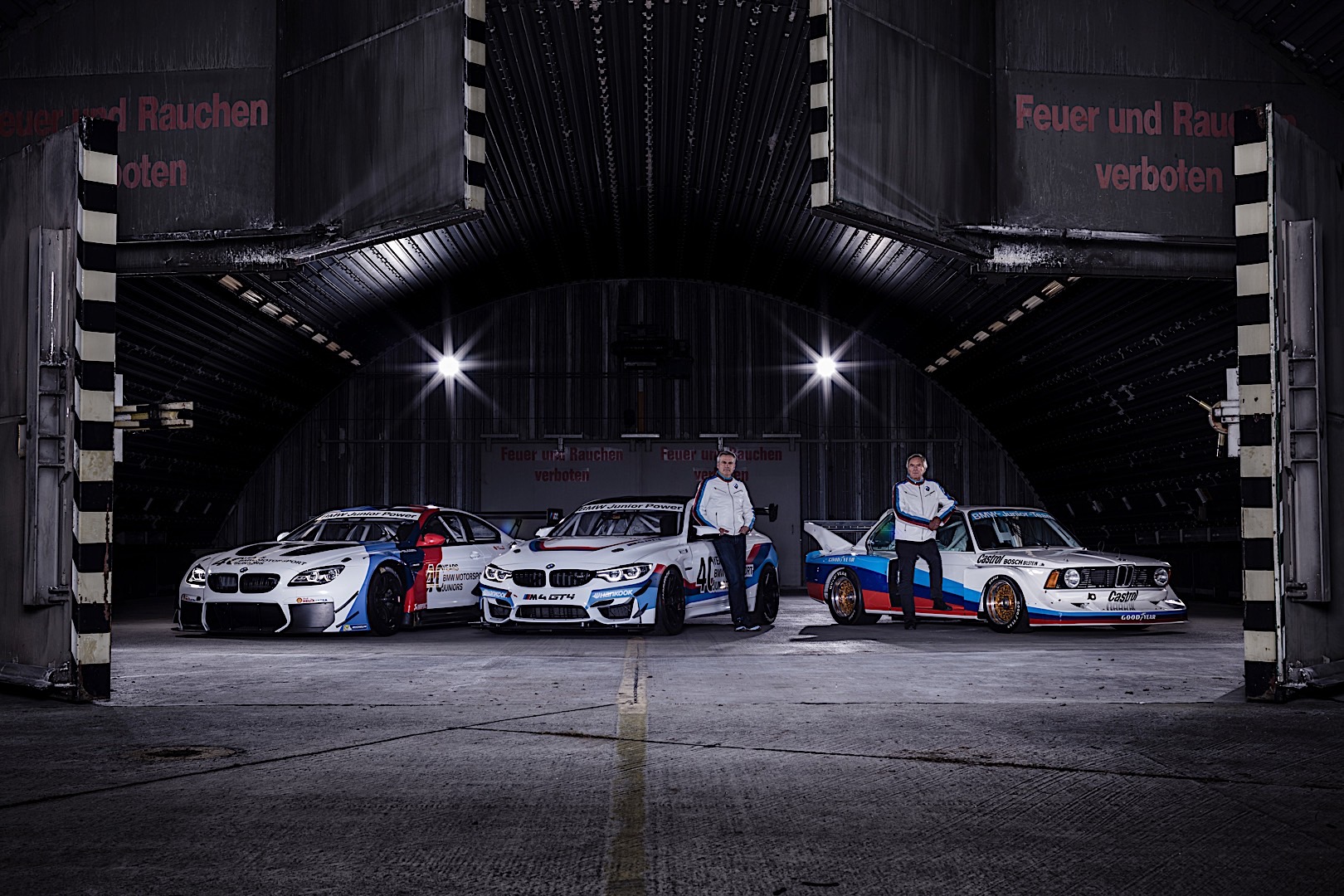 Jochen Neerpasch played an important role in the development of the BMW Motorsport division even though he didn’t spend decades at its helm. The living legend was behind the launch of the first BMW Junior Team in 1977 and he had the vision to understand that it’s not enough to have the best tech in the field if you don’t have the best man behind the wheel as well.

Since just yesterday the BMW Motorsport people celebrated 40 years of promoting young talent, an interview with Neerpasch and current Motorsport Director, Jens Marquardt was in order, to find out what the two think about the past, present and future of the Motorsport division.

Mr. Marquardt, Mr. Neerpasch, to what extent is 40 years of BMW Motorsport’s talent promotion a special anniversary for you both?

Jochen Neerpasch: “It was great to meet up with Eddie Cheever again after so much time. I had not seen him for ages. It is fantastic how these people have developed outside motorsport. That was a lovely experience for me.”

Jens Marquardt: “For me, it is impressive to see how we at BMW Motorsport are managing to continue to pursue the basic concepts of projects such as the Junior programme, which Mr. Neerpasch launched 40 years ago, and to build on those concepts. The way that the former and current Juniors immediately got on so well just goes to show that the motorsport family has always formed a great unit at BMW.”

When the BMW Junior Team took to the track in 1977, you were still at school Mr. Marquardt… 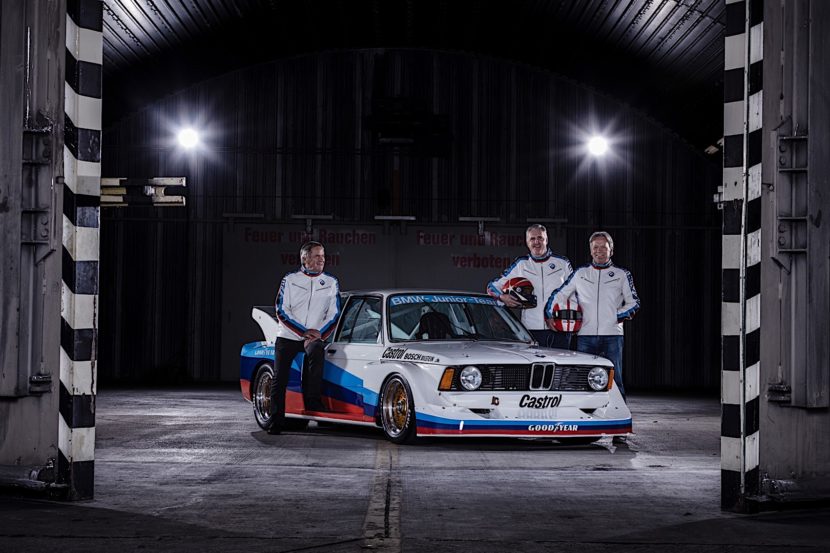 When did you start to show an interest in motorsport?

Marquardt: “It was about then. Although, to be perfectly honest, I was not massively interested in BMW at the time. I always used to cycle to school with a friend, and we used to have races. We were obviously Formula 1 drivers: he was Jacky Ickx, so I had to look elsewhere and opted for Mario Andretti, simply because I really liked the black Lotus with the gold writing. I won the odd race to school on my bike as Mario Andretti.” (laughs)

Speaking of school, Mr. Neerpasch: How did you come up with the idea of launching a school for racing drivers, in the form of the BMW Junior Team?

Neerpasch: “I used to race myself, and had certain physical issues. If there was a change in the weather, I used to suffer from headaches and could not concentrate. Back then, there were no physiotherapists. The drivers were completely on their own. That was the first thing that sprang to mind when I moved into management and became responsible for motor racing: to give the drivers a physical basis on which to promote the interaction between man and machine, and not simply to place the emphasis on the technology, but also to train the drivers. Only the combination of driver and technology can be successful. That is why we started the Junior Team.” 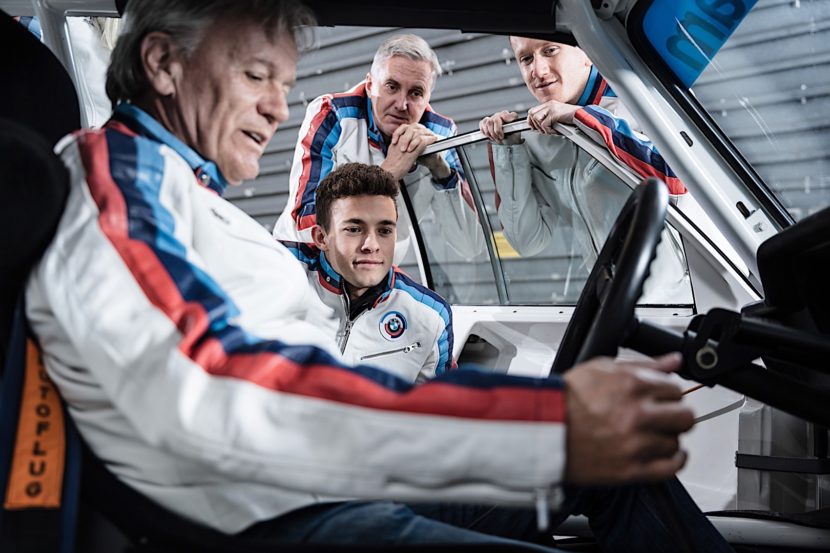 The first class, with Eddie Cheever, Marc Surer and Manfred Winkelhock, was known as “Wilde Reiter GmbH” because of their driving style. Were you always confident that you had made the right choice with those three drivers?

Neerpasch: “Oh yes. We had obviously watched them beforehand. All three were really successful in Formula 3, and we identified them as outstanding, talented youngsters. Also, we did not simply set them loose on the racetrack. We gave them some technical training over the winter, at tests and trials. We then headed to St. Moritz for a fitness camp, where they were given physical training. They were well prepared. However, we did not have any regulations regarding who should be out in front. Instead, we just sent them out in the same cars against our more senior drivers – at the time, they were Ronnie Peterson, Hans-Joachim Stuck and David Hobbs. That was the benchmark for them. The competition with each other and the seniors meant that they learned a lot more in a very short time.”

Marquardt: “Absolutely. Exactly the same principles apply today as applied back then. The goal is to develop our Juniors technically, physically and mentally. There is no better way to do this than by using successful examples and role models. Fortunately, we have a lot of them. We have Dirk Adorf, who looks after the Juniors very early on in the program, and Jörg Müller, who is responsible for the GT3 training. On top of that, we also have Martin Tomczyk, Philipp Eng and all the others, who are all only too happy to drive alongside the Juniors. They all have a lot of fun and know from experience that they have also had people who have supported them throughout their career. They are only too happy to give that back to the Juniors. The drivers are a really great team. That is something I am very proud of.” 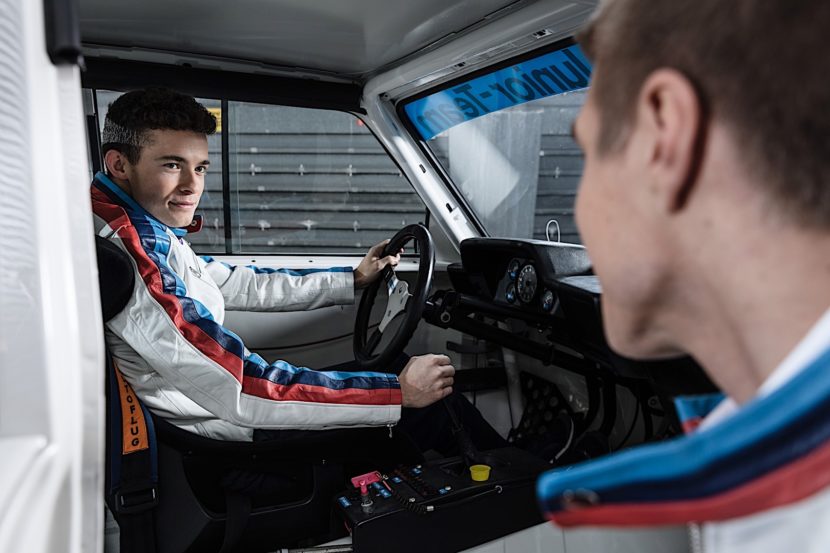 Generally speaking, how happy are you with the realignment of the Junior Program since 2014?

Marquardt: “After Formula BMW and the Formula BMW Talent Cup, we have now based the new program more on the way it used to be, in so much as we now look for drivers in other series, then develop them systematically in the BMW program and with BMW products. The success of our former Junior Jesse Krohn, who is now a permanent fixture in our GT driver line-up, shows that we are on the right path, and we will continue this way.”

Mr. Neerpasch, in your opinion, have the demands placed on young racing drivers changed much over the last few decades?

Neerpasch: “I think so, yes. You get involved in motorsport at a much earlier age nowadays. You are already driving karts at the age of six or seven. The preparation is also different. Everything is simulated today. A racing driver already knows the racetrack before he even drives it for the first time. An awful lot has changed in that regard. In the past, you had to learn everything from experience. Today, you are already well prepared when you take to the track.”

Mr. Marquardt, how important do you feel it is for a manufacturer like BMW to promote its own juniors?

Marquardt: “It is extremely important. Our program is so diverse, with commitments ranging from GT racing, DTM and the WEC to IWSC and Formula E, that we obviously want to use young drivers that we have developed ourselves in these projects. I believe that Mr. Neerpasch identified very early on that it is just as important to invest in the drivers as in the technology. It is no use having a great car if the driver – and they often make the crucial difference – cannot perform to the best of their ability, and is thus unable to get 100% out of the overall package.” 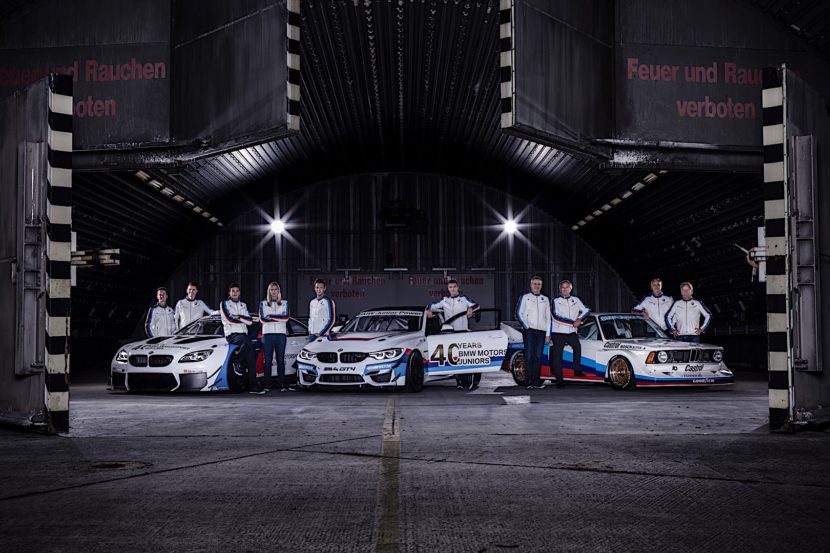 With this in mind, how important is the work that Mr. Neerpasch carried out, not only for the promotion of young drivers, but generally for BMW M and BMW Motorsport?

Marquardt: “I have great respect for what he achieved. In many ways, Mr. Neerpasch is a great role model for me, because he has shown the way into the future for BMW M and BMW Motorsport, as well as for the promotion of juniors. The Art Car, which was recently in action in Macau, was also one of the ideas he helped to develop.”

Mr. Marquardt, can you tell us what is in store for the Junior Program next year?

Marquardt: “Yes, we will basically continue to work in exactly the same way as we have done this year. We have decided to stick with the BMW Juniors we currently have on board next year. We will not be taking on any new youngsters. Instead, we will intensify the program with the Juniors. I am already looking forward to it. Jesse Krohn will have outgrown the Junior Program next year. I am sure that he can look forward to some interesting roles in our works program.”