Video: BMW i8 Roadster Gets a New Teaser Ahead of Official World Debut

Home » Models » BMW i » Video: BMW i8 Roadster Gets a New Teaser Ahead of Official World Debut 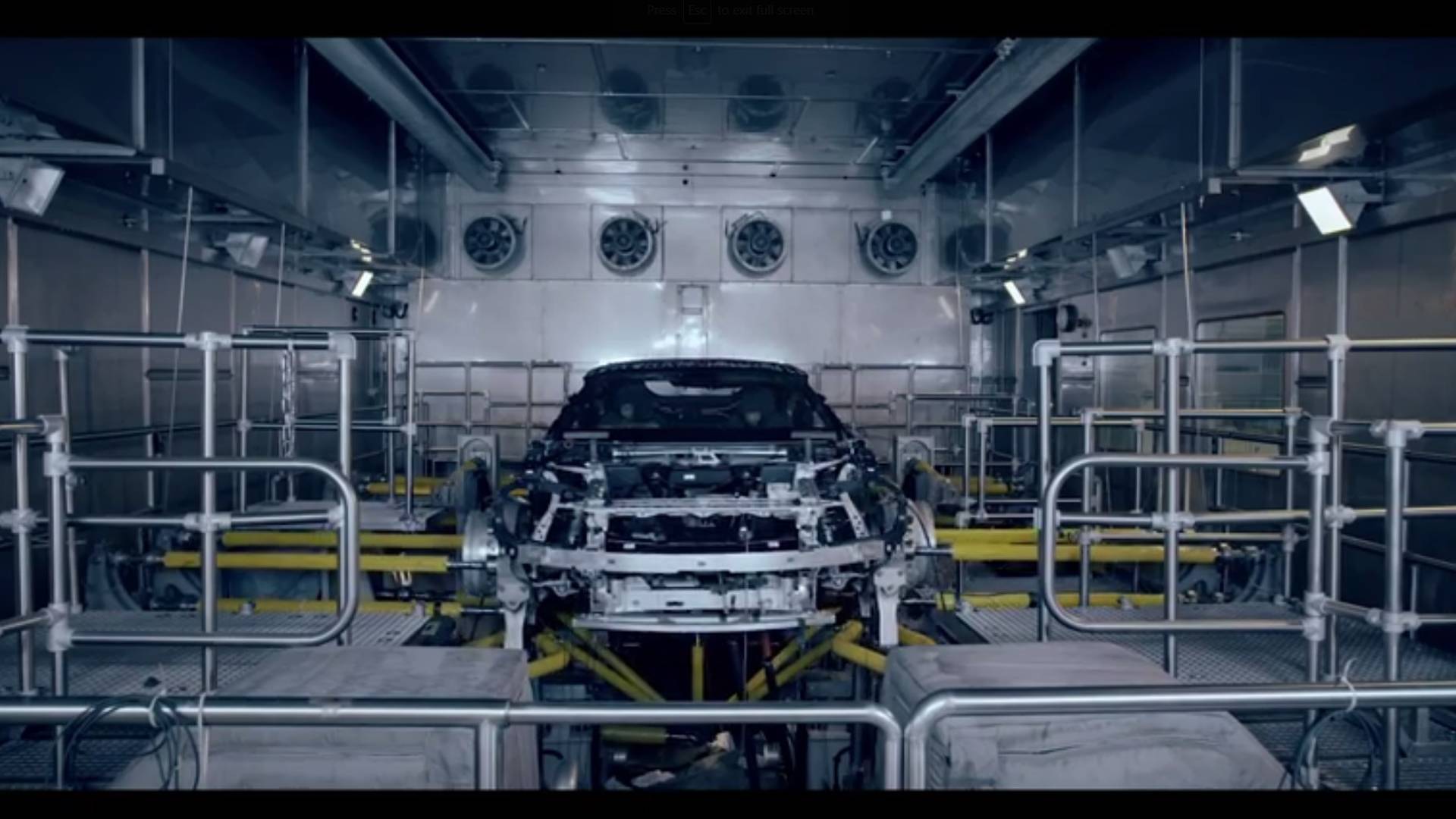 The Los Angeles Auto Show set to open its gates towards the end of the month will be the venue where the world will get to see for the first time the BMW i8 Roadster in all its glory. Officially confirmed earlier this year and with rumors about it surfacing online since 2012 – when the concept was unveiled – it’s about time we get to see the two-seat hybrid show its face to the world. Until then though, the Germans are teasing us with all sorts of videos, like the one posted below.

In it we get to see what looks like a BMW i8 Roadster on the assembly line in Leipzig, on the suspension testing bank and with a textile roof in place, leaving no more room for debates on the subject. We’ve been reporting for a while now that the Roadster will get a textile roof using which means the rear window – which was already quite small on the i8 – will be minuscule. 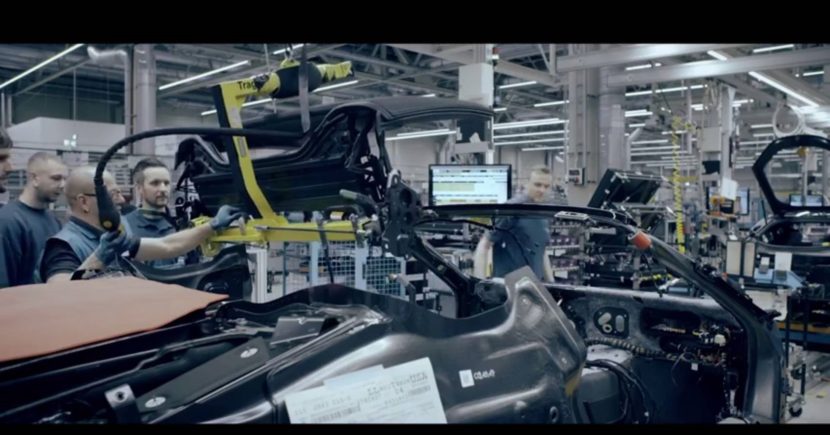 Sources are also claiming that the Roadster will bring forward a few small design changes on the front and rear ends which will be adopted by the i8 Coupe as well when the facelift comes around. Under the skin, the powertrain will get an upgrade as well, our own sources claiming the power output will be close to 400 HP.

Unfortunately, we didn’t get a clear answer to whether the bump in output will be due to an upgrade done to the 1.5-liter 3-cylinder turbocharged mill or the electric motor. What we do know however is that the electric range will go up and the batteries will have a higher energy density, similar to what can be found on the 94 Ah BMW i3.

Nonetheless, the BMW i8 Roadster is set to be a head turner once it is revealed, just like the Coupe model. The Los Angeles Auto Show can’t come any sooner for all of us curious about the new drop top from BMW.

5 responses to “Video: BMW i8 Roadster Gets a New Teaser Ahead of Official World Debut”