BMW X2 dresses up in time for Halloween 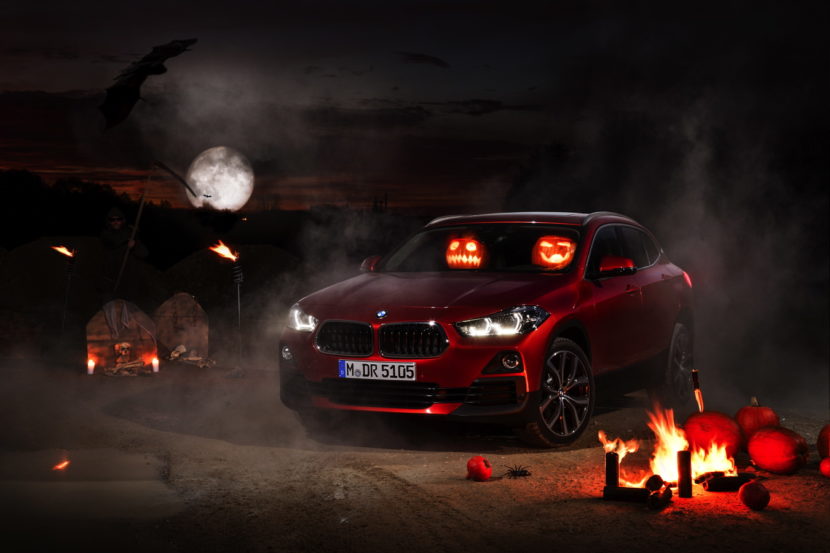 Following its two camouflaged outings through the urban jungle and at Milan Fashion Week, the new BMW X2 is now the protagonist in yet another mystery sighting, this time for Halloween. From its origins through to its modern-day form, Halloween has for centuries been the night of ghostly figures, scary stories and mystic rituals. Which makes this the ideal occasion for the new BMW X2 to make a spontaneous and dramatic entrance.

Whereas in times gone by, people would ready themselves for the onset of winter by lighting blazing fires and invoking supernatural forces, now creepy costumes and jack-o’-lanterns – with their menacing grimaces – form the eerie backdrop as the new BMW X2 steals the show with its frightening good looks.

So the pumpkin very clearly sets the tone, with its influence extending far beyond the intense orange of the X2’s exterior paintwork.

BMW X2 will make its market debut in Spring 2018 and will be available in five configurations: BMW X2 xDrive18i, xDrive20i, xDrive20d and xDrive25d. The US market gets an X2 xDrive28i model.