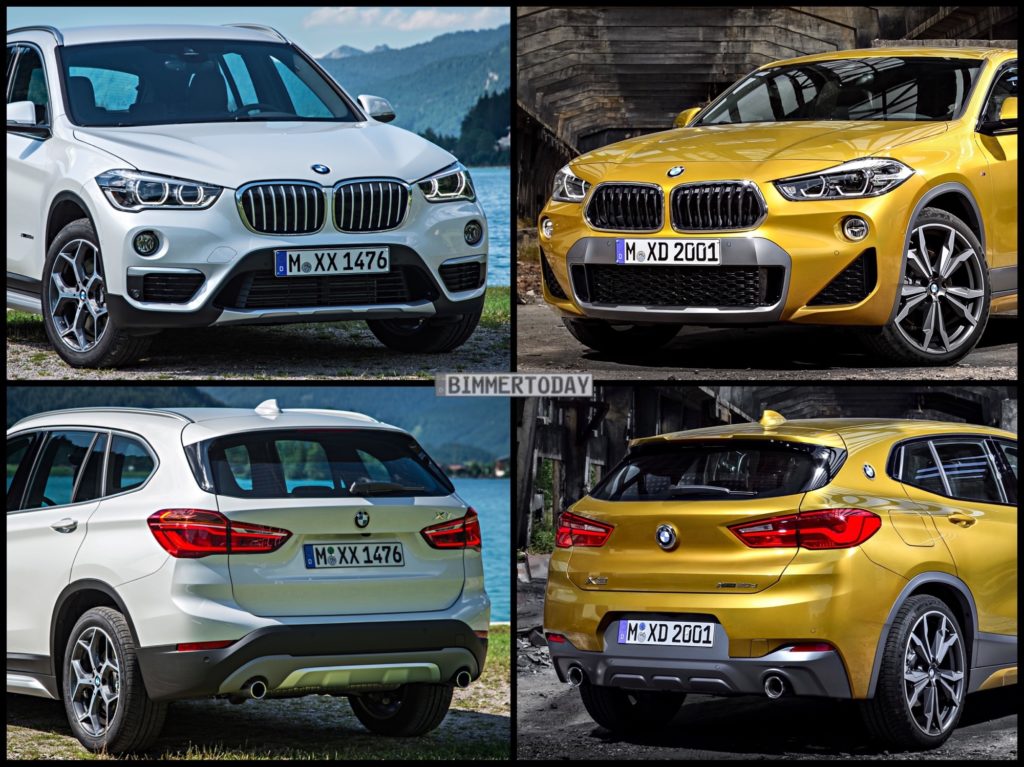 When we first told you fine readers that a BMW X2 was in the works, many enthusiasts were worried that it would just be a BMW X1 with its roof chopped at the back. There were many Bimmer fans who thought it would just be another derivative BMW model designed to make money but would dilute the brand in the process. However, I think we’ve all be pleasantly surprised by the new X2’s design. Not only is it sharper, more aggressive and sportier than the X1 but it’s also quite different looking. 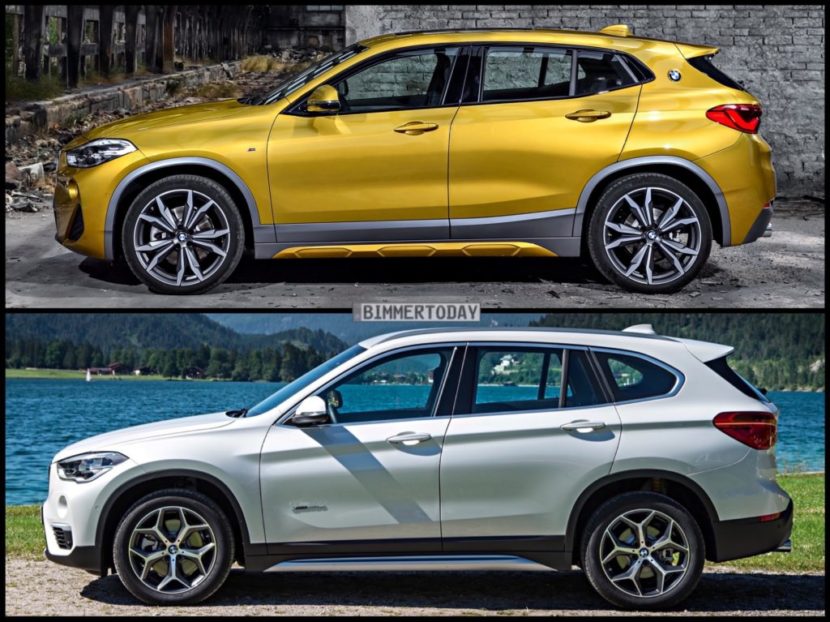 Sure, they share similar design language, as most cars from the same company do. However, there are very distinct differences between the two and that becomes clear when looking at the side-by-side. The BMW X2 is quite a bit smaller and stubbier than the X1. There’s a genuine D-pillar on the X1, as it’s a lot longer. The X2 lacks a D-pillar, so it’s basically a large hatchback. Its sweeping roofline is also lower and sportier, giving it a more coupe-like look.

From the front, its headlights are angrier, sharper and sleeker. They’re similar but definitely different, which helps set the two apart. The biggest difference in their faces, though, lies in their Kidney Grilles. The X2’s are basically upside down, with the widest point being at the bottom, rather than the top. Just looking at their face, you can tell that the X2 is the sportier car of the two. And that’s the whole idea. 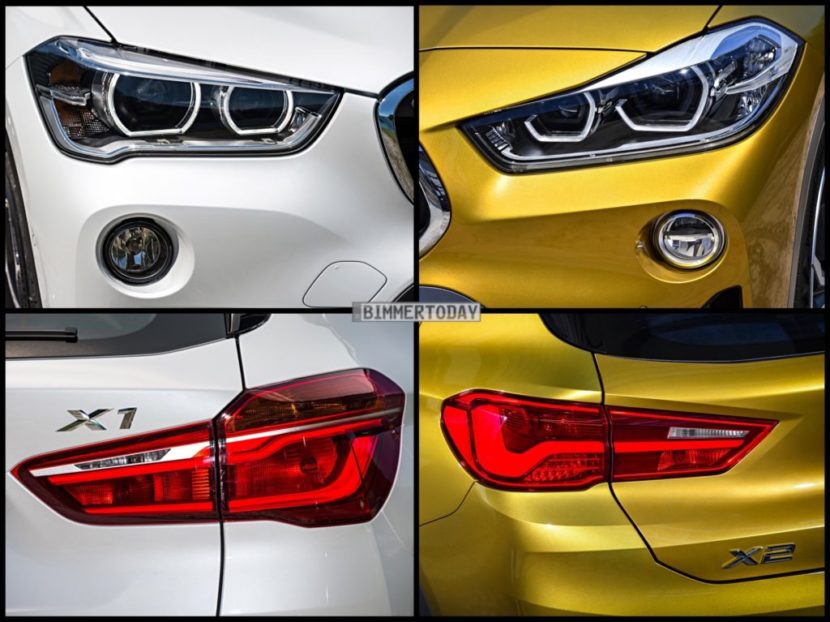 Outback, the taillights are noticeably different. They’re far slimmer, losing a lot of that classic BMW L-shape that has been on almost every BMW for seemingly the dawn of time. It’s line are more pronounced and it even comes with a little roof spoiler, to add to its sporty nature. When looking at an X1 in isolation, it looks small and sporty. Though, when looking at it compared to the X2, it looks massive.

On the inside, things are pretty similar, though. The only real differences between the two are the size and the shift lever. Though we think the X1 will likely get that shift lever when it also gets the X2’s new dual-clutch transmission. That similarity is okay, though, considering the X1’s cabin is quite nice for its price point. While we do wish BMW took a couple more chances with the X2’s cabin, attempting to make it a bit more exciting, it’s not bad by any means. 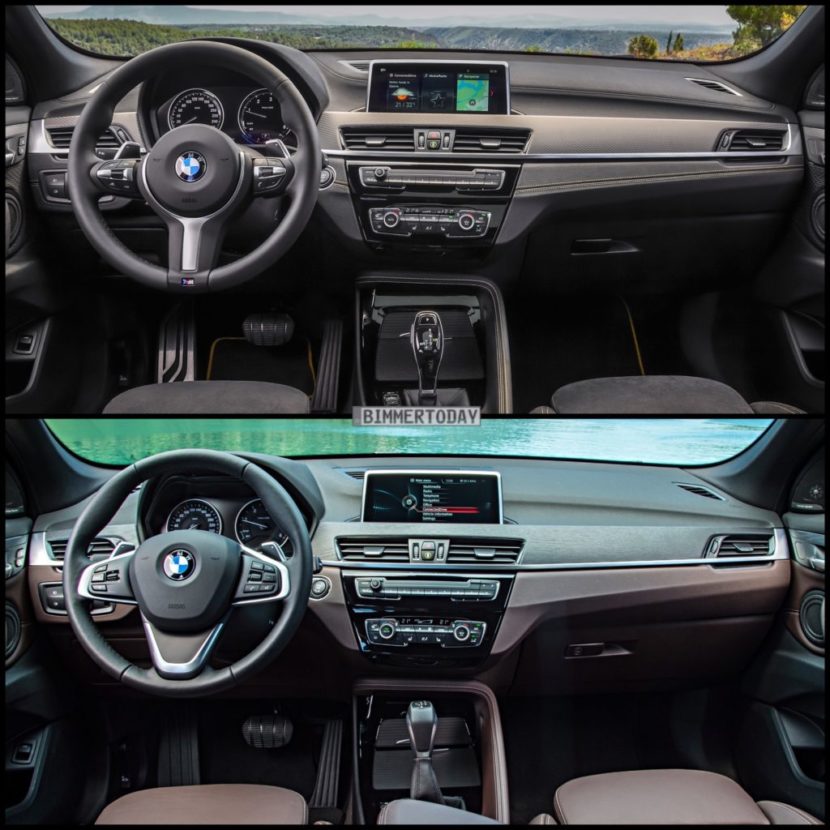 We’re happy that the BMW X2 is quite a bit different looking than the X1. It’s sportier, more aggressive and, most importantly, distinct. It doesn’t just look like an X1 with its roof squashed. So good job, BMW. 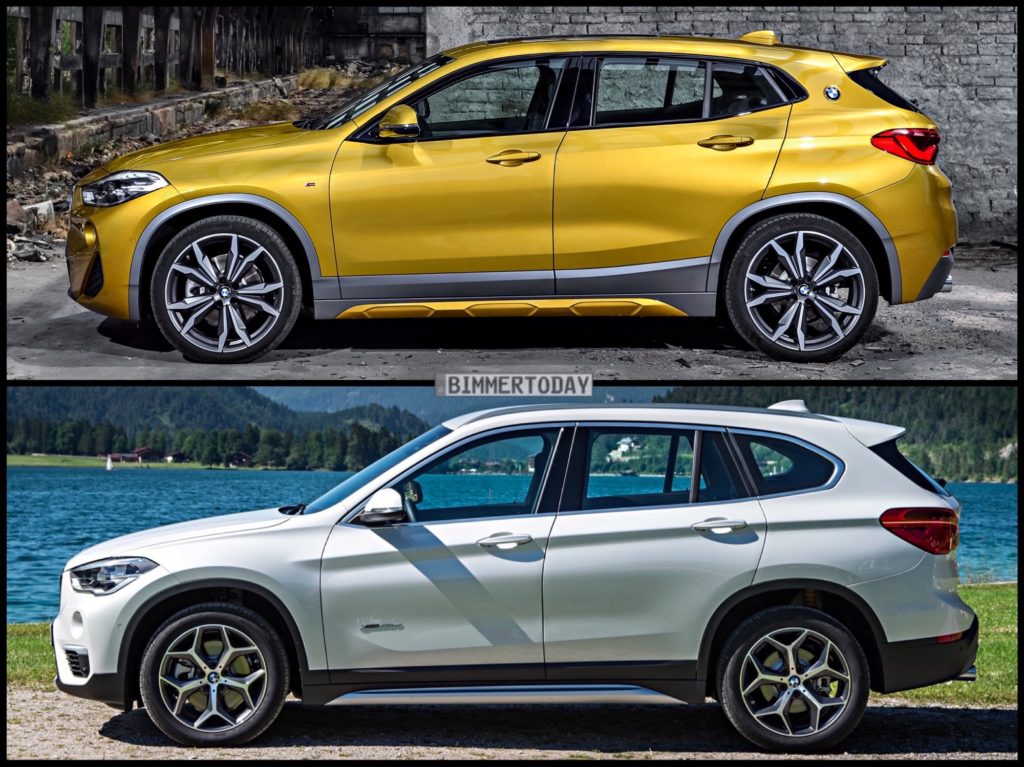 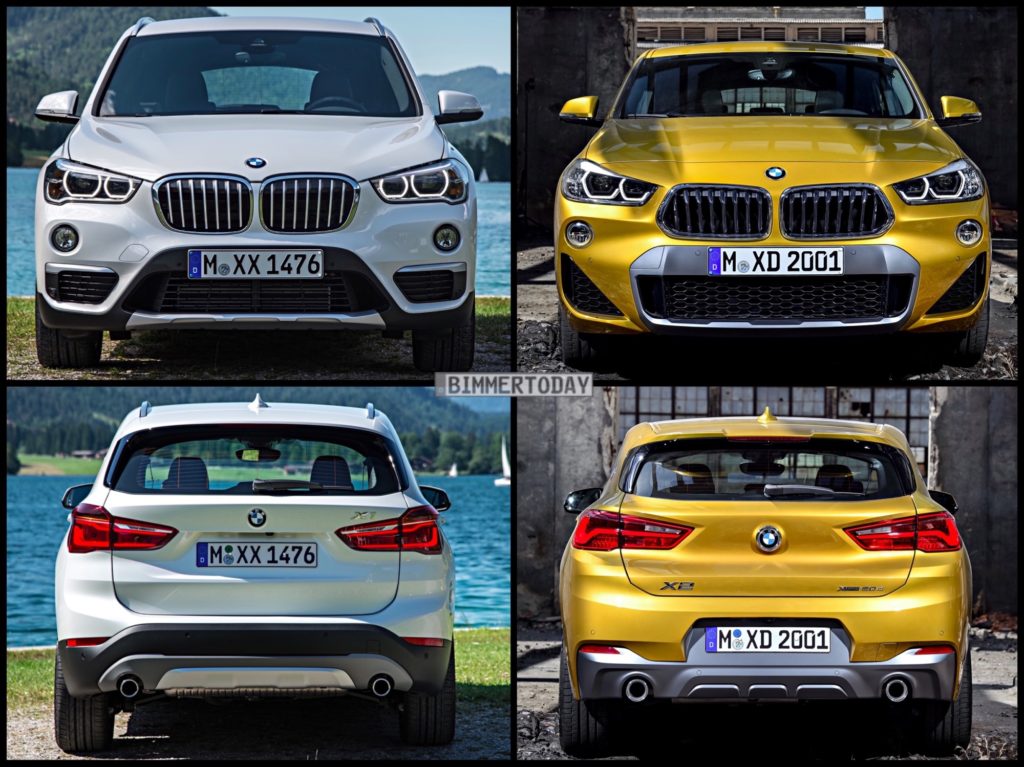 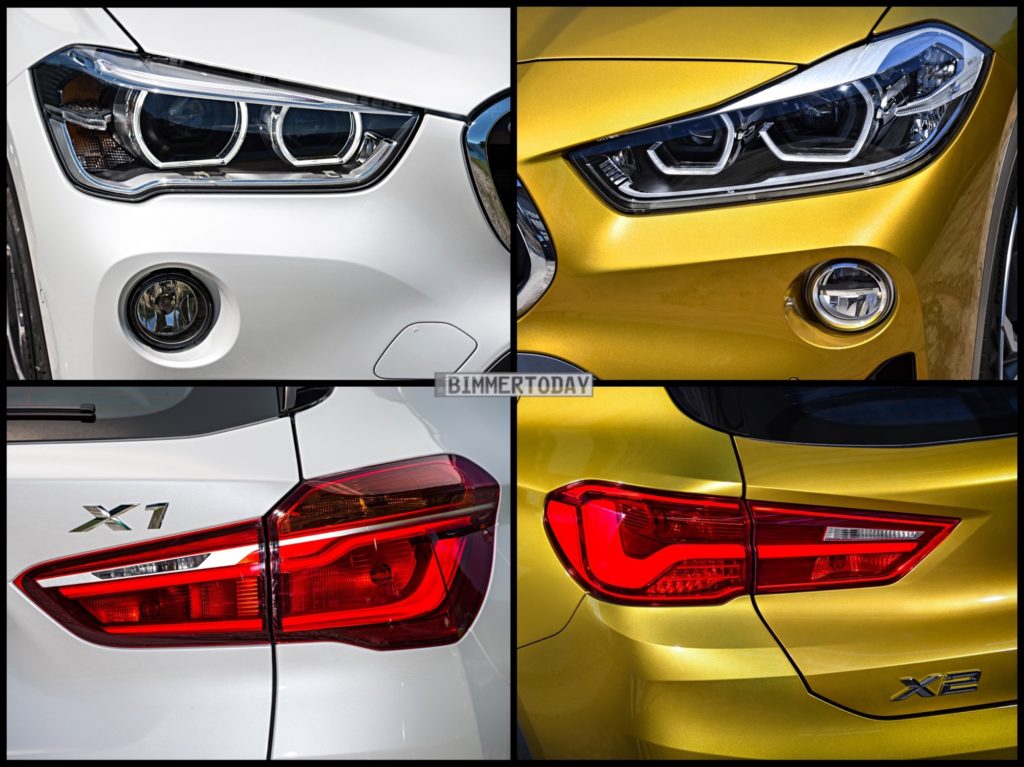 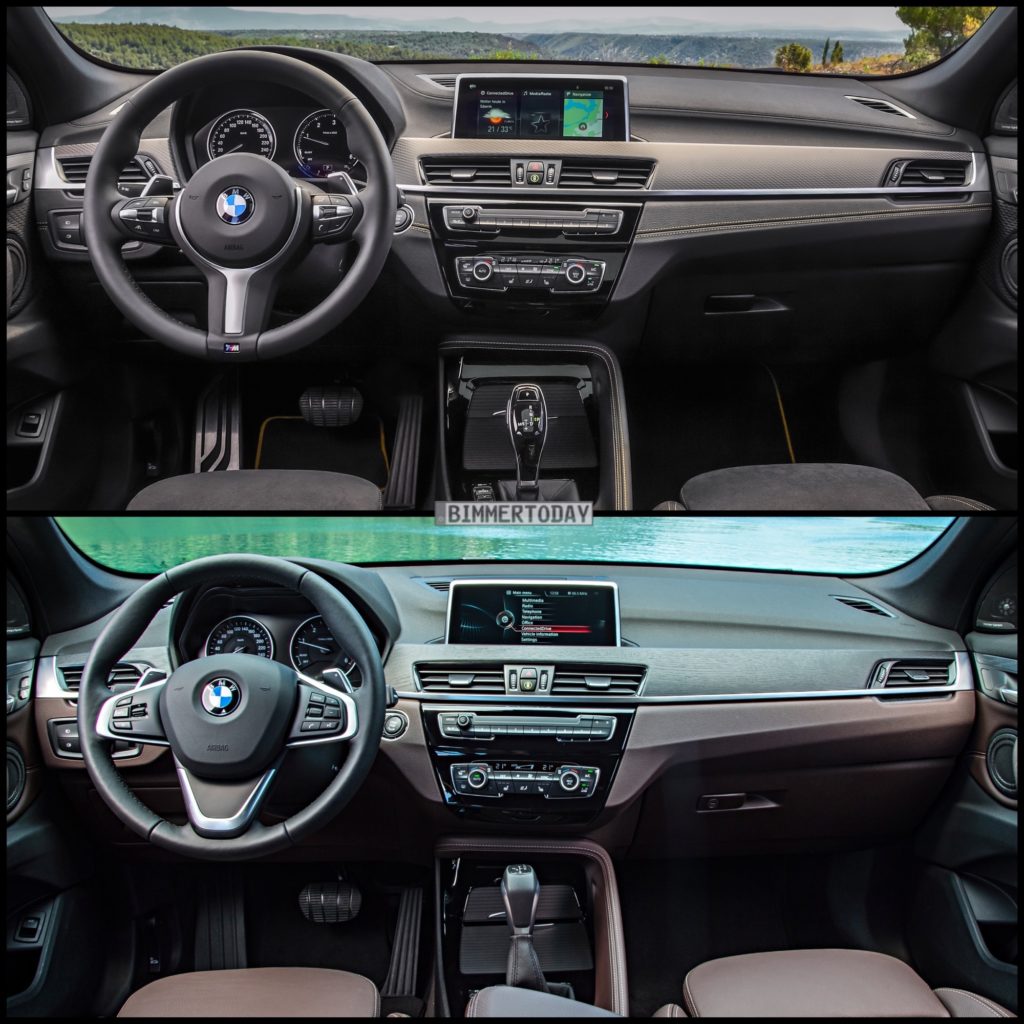