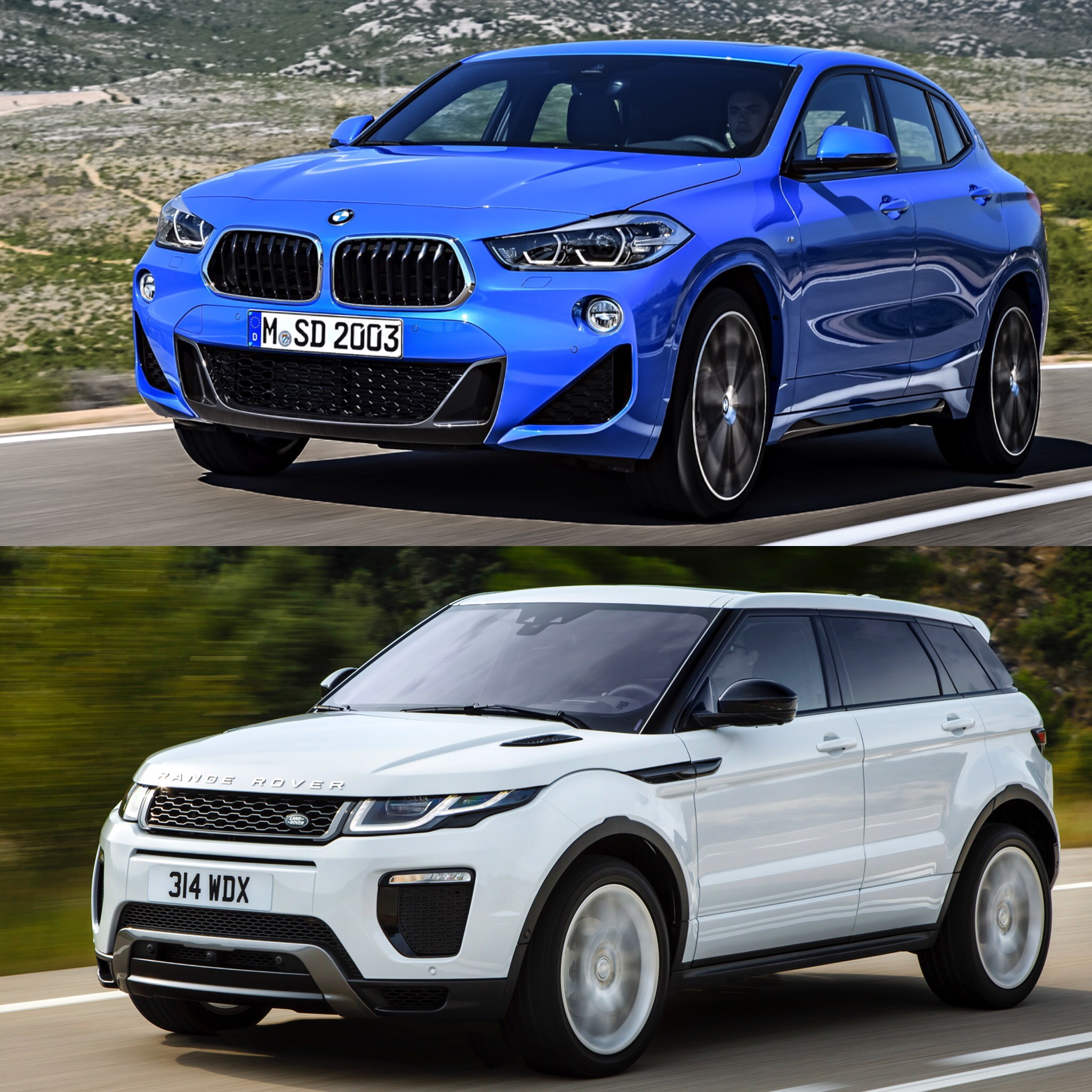 When the Range Rover Evoque first debuted, it was a smash hit. People loved its flashy, futuristic styling, clever interior and enjoyable driving dynamics. Land Rover sold zillions of them. Ever since, automakers have been trying to push out their own small, stylish, coupe-like crossovers, to try and snag some of that market. BMW is the latest premium automaker to do so, with the brand-new BMW X2.

The X2 is the most stylish of all BMW’s SUVs and it’s the one most likely to bring in a more youthful customer. Though, is it stylish enough to stack up against the Victoria Beckham-favorite Range Rover Evoque? 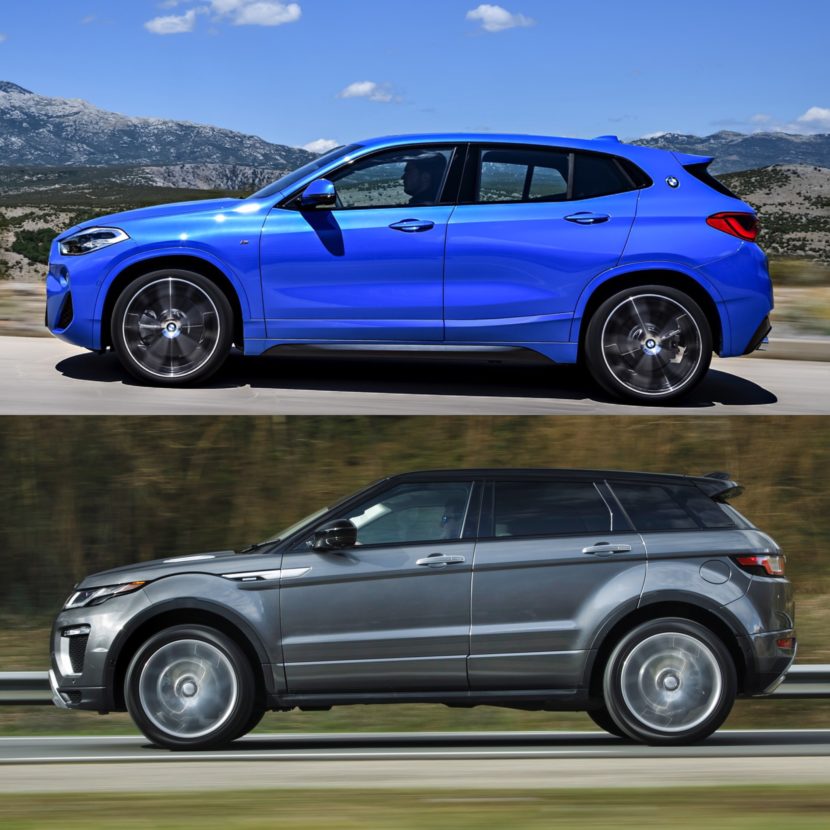 From the front, the BMW X2 is certainly the sportier, more aggressive looking car of the two. The Range Rover Evoque is the more high-tech and more modern-looking car, despite being considerably older. It’s really hard to say which car has a better face, as they’re both so different. If you’re looking for sporty and exciting, the X2 has the better face. But if you want something a bit more stylish and a bit more modern, the Evoque’s mug is probably better for you.

In profile, the same sentiment remains. The BMW X2, especially in M Sport trim, is far more muscular and far more aggressive looking. It’s more flowing and has more dynamic lines. Though, the Range Rover is sharper and a bit fresher. Whereas the X2 looks more organic and muscular, the Evoque looks like it’s been designed by science. Personally, I like the BMW X2 better, only because it’s a bit sportier and has a more aggressive stance. Also, C-pillar roundels are ace. But the Evoque is very good looking, just in a different way.

At the back, though, I personally like the Evoque more. The X2 doesn’t have an ugly rump, there’s just something about it that I don’t love. Whereas I like the butt end of almost all Land Rover products. 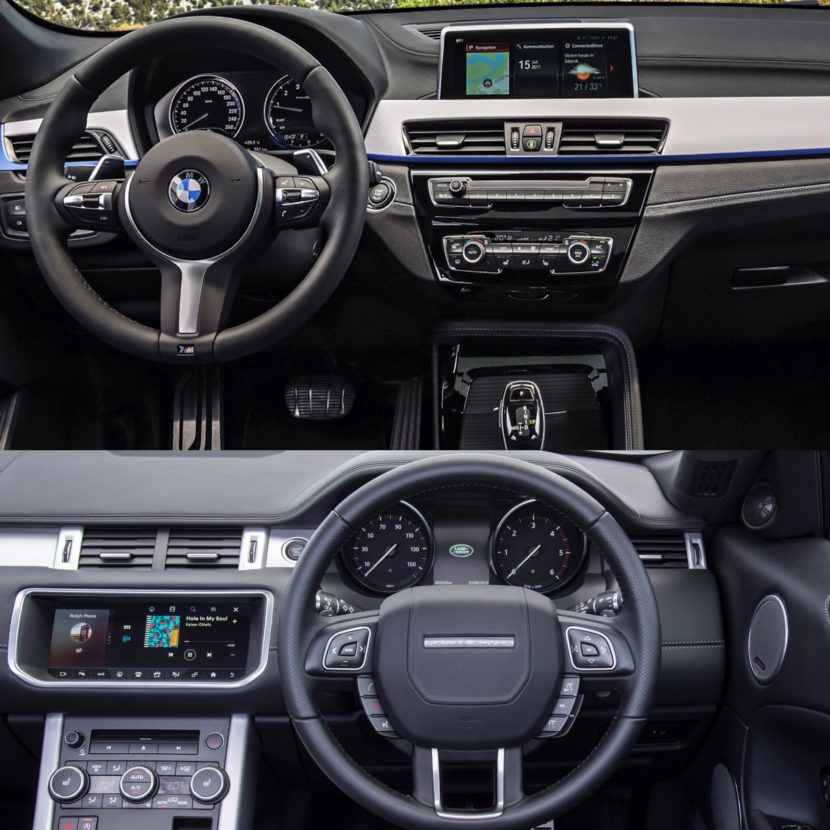 Inside, though, it’s clear that both of these cars have very different targets. The BMW X2’s cabin is simpler, sportier and, frankly, cheaper. It’s also far more function-forward, with the typical BMW setup of buttons, switches and iDrive controls. It’s very clearly designed to be a functional, yet sporty looking, cabin. On the flip side, the Range Rover Evoque, is clearly aimed at being more luxurious, stylish and modern. The simply laid out dials, controls and large dash-mounted touchscreen infotainment system are all a bit more premium looking. To be fair, the Evoque is more expensive. It’s also more truck-ish, as all Land Rover products are, with its chunkier buttons designed to be used while wearing gloves.

To be honest, it’s a bit tough to compare these two cars, as they’re so different. Which is odd because they both come from the same line of thinking — to offer a small, stylish, coupe-like crossover to bring a younger audience to a premium brand. The BMW X2 is clearly the sportier, more dynamically-oriented of the two while the Range Rover Evoque is more stylish, more modern and more luxurious. It’s also more calm. So this really comes down to which car tickles your fancy, rather than which one is actually better looking. 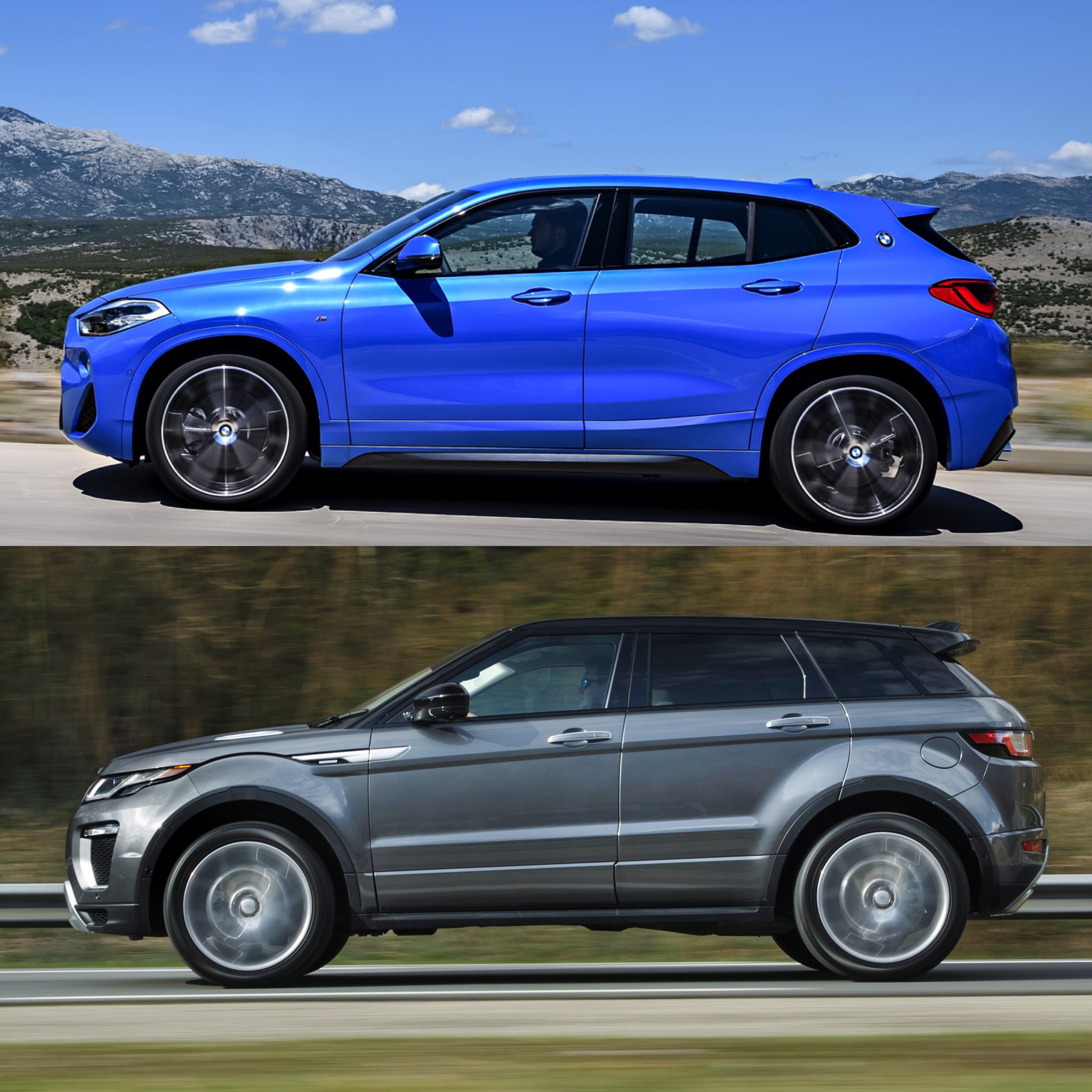 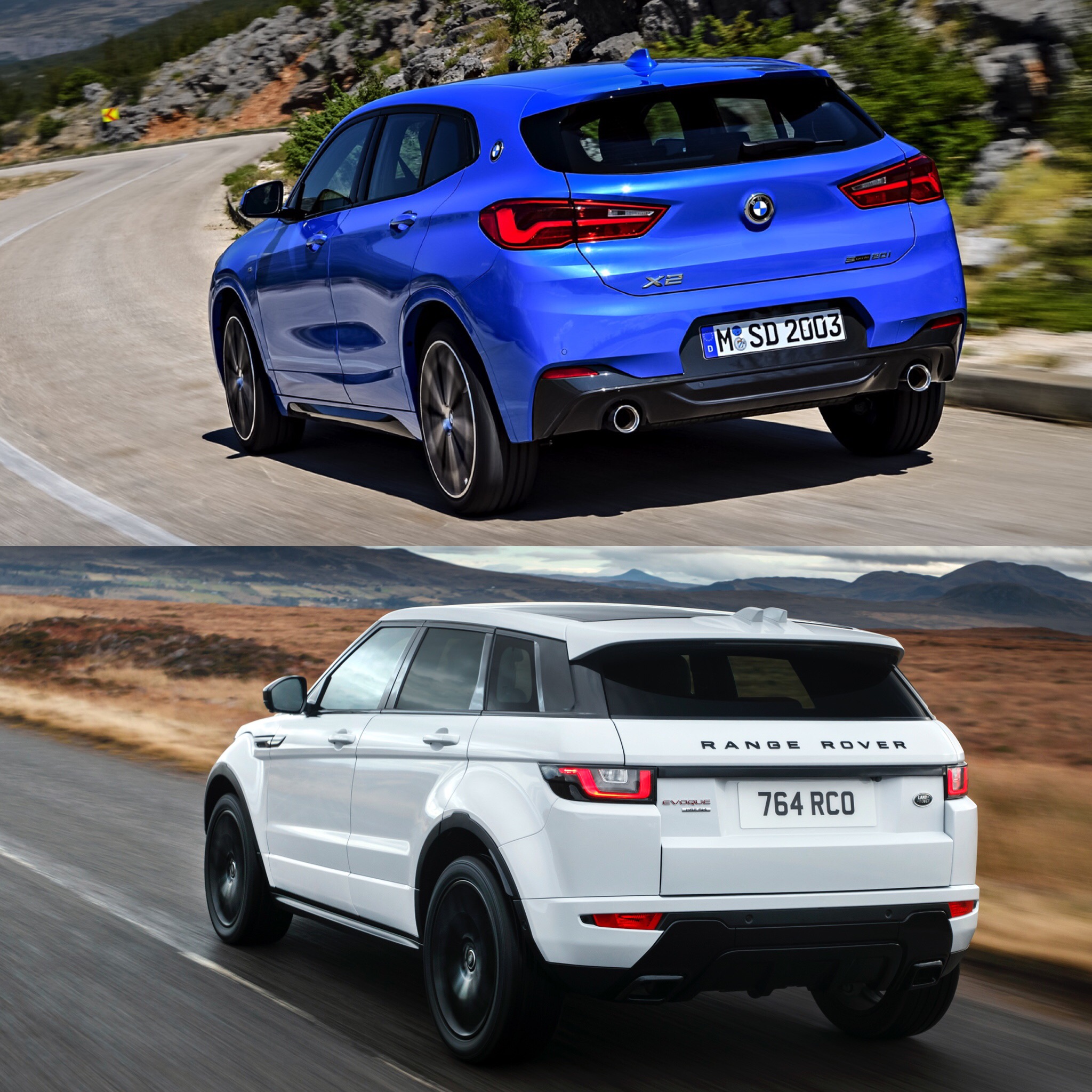 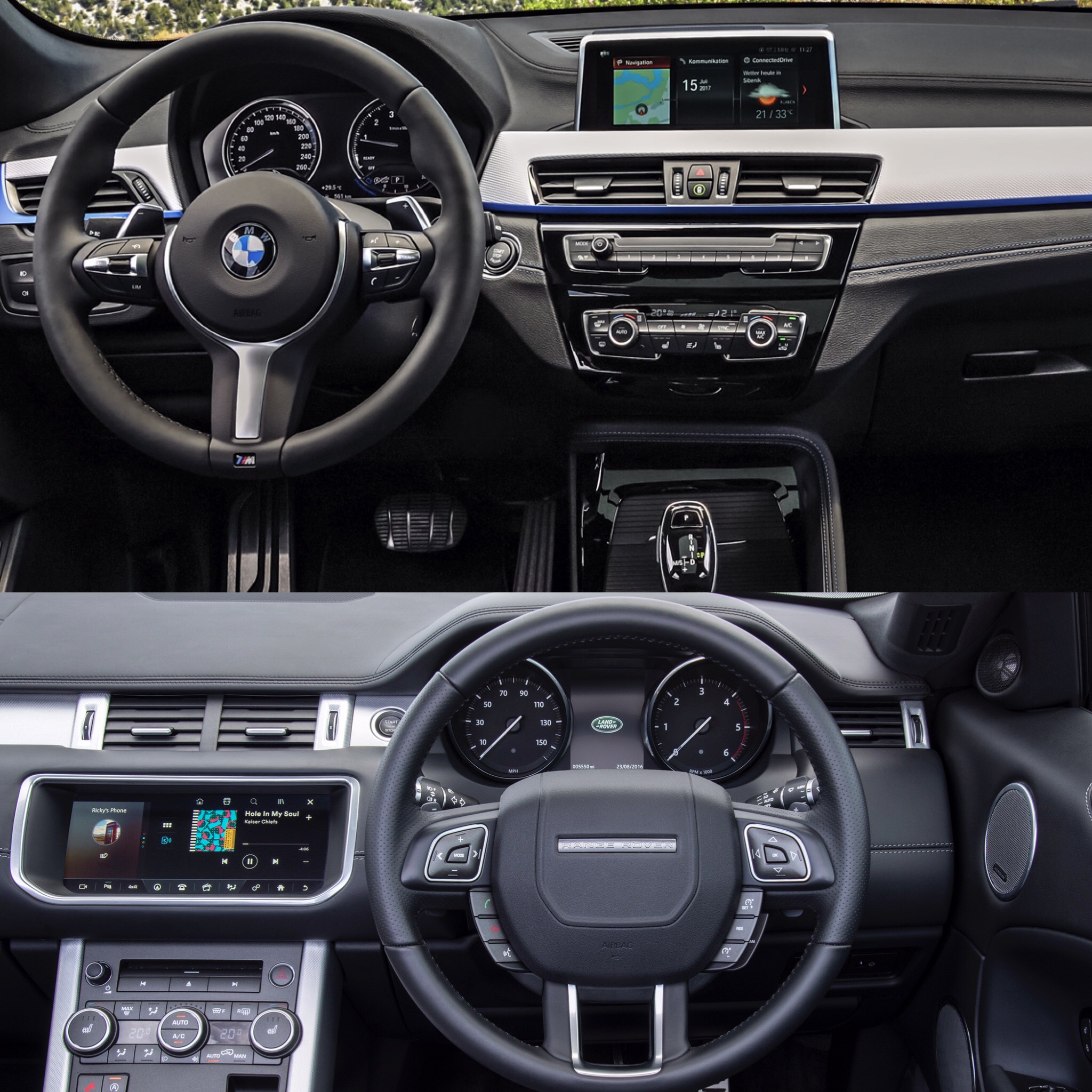