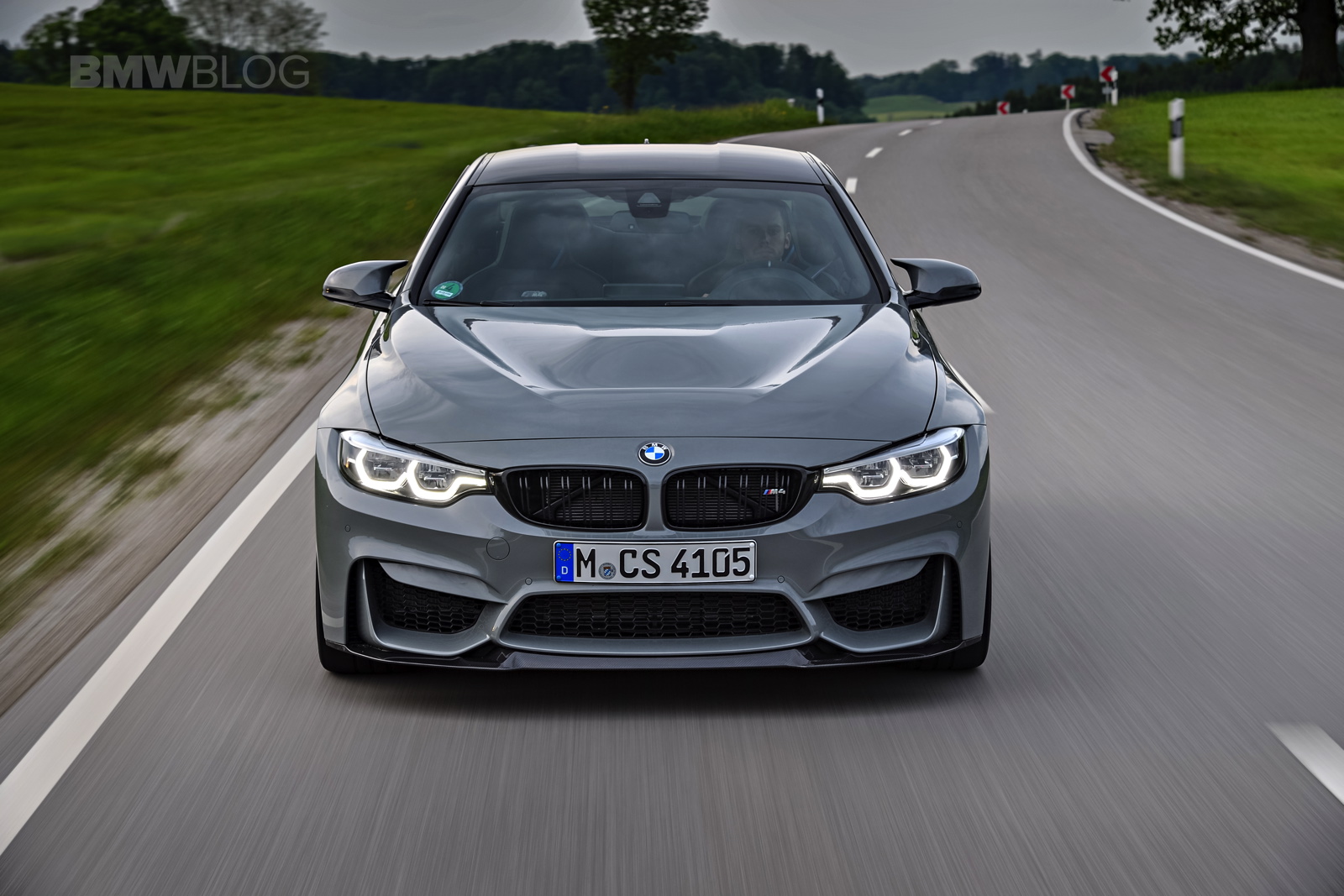 When BMW launched the M4 CS (pictured above), we dubbed it the Goldilocks variant. With some lightweight bits borrowed from the M4 GTS and a bit more power than the M4 Competition Package, the M4 CS seemed like the perfect version of the M4. Unfortunately for many BMW customers, the Bavarians only sold a handful of the CS, leaving a lot of customers frustrated. If you’re one of the latter customers, fret not, as the Bavarian brand seems to be releasing a new car that might fit your needs even better — the BMW M3 CS.

The BMW M3 will finally be getting some of the lightweight tech that the M4 GTS received. Before the CS variant, the most interesting BMW M3 was the Competition Package variant. Now though, BMW is working on an M3 CS to add some spice to its most iconic car before its current-generation goes the way of the Dodo.

These new spy photos show off a BMW M3 sedan wearing camouflage and seems to have CS treatment (we don’t own the photos but they can be seen here). So the hood is wrapped in camo but has the same vent as the M4 CS and M4 GTS. That means it’s like the same carbon fiber hood. It also has a new front splitter that’s wrapped in camo, meaning it’s likely the same carbon fiber one from the M4 CS. It’s also clearly riding on BMW’s new Style 763M wheels, which are as-standard equipment on the M4 CS. Out back, there’s a new decklid spoiler and the badges are covered.

All of these changes clearly point to a BMW M3 CS, as they’re all the exact same additions that the M4 CS saw. While we don’t have any official info on it, it’s probably pretty safe to assume that’s what this car is. If that’s the case, which is almost certainly is, expect the same 464 hp as the M4 CS and an as-standard DCT gearbox. So 0-60 mph will happen in around 3.9 seconds.

The key to all of this is that the BMW M3 CS might finally be the M3 we’ve been hoping for. While the BMW M3 Competition Package was a huge step in the right direction, it still isn’t as sharp or as pure as we’d like. Adding some carbon fiber bits, reducing weight and complexity while adding power should make the BMW M3 CS the car we hoped the original car would be. It will also look the absolute business, as the M3 is already cooler looking than the M4, thanks to its swelled fenders, so adding that awesome carbon fiber hood, front splitter and decklid spoiler will make it look incredible.