Carwow is big on doing 360-degree drag race videos. It’s quite cool, actually, as it allows the viewer to control the camera during the video, looking at all angles. This is especially helpful in drag race videos, where the perspective can be skewed a bit, based on where the camera is. With the 360-degree view, you can get an accurate feel for just how fast each car is and how they compete. In this video, our 360-degree camera is mounted atop a BMW M4 while it drag races an M2, M5 and M6.

At the start of the race, the BMW M2, driven by Carwow’s Mat Watson, actually takes the lead, despite having the least amount of power (365 hp) and the slowest gearbox, a six-speed manual. The BMW M5 Competition Package (600 hp) launches well, beating the M4 (425 hp) and M6 (560 hp) off the line. However, after just a few moments, the M4 gains on all of them and begins to pull ahead. It builds a lead it never relinquishes and ends up winning the race. 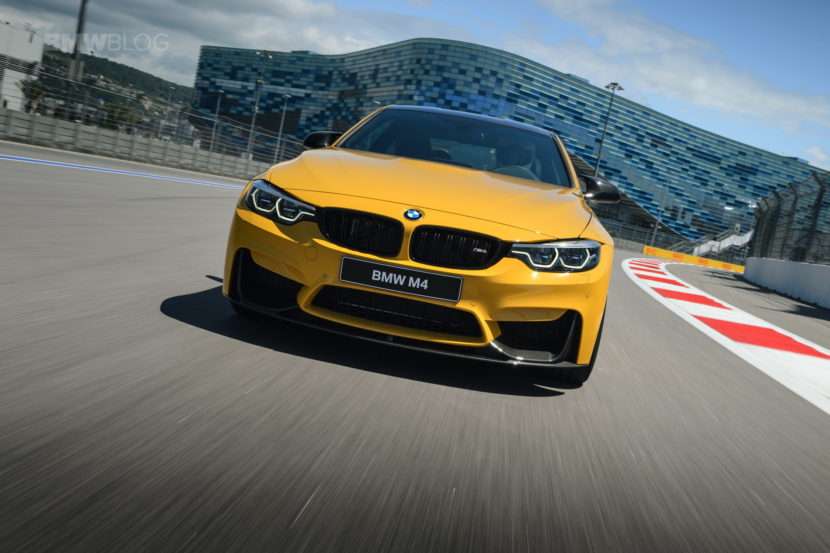 It’s actually quite surprising the M4 won, considering the fact that both the M5 and M6 are far more powerful. They are heavier, by quite a bit, but I had figured that their extra power and V8 grunt would be able to take the M4 in the long run. What’s even more surprising is how well the M2 launched off the line. As the lightest car of the bunch, it has an advantage. It also has the least amount of torque, so it’s less likely to roast its rear tires, like the other three cars. Although, it had a six-speed manual in that test, which is far slower to launch than a dual-clutch gearbox. It ended up finishing last but at least it started well.

These videos are fun and allow you to really experience the race as closely as you possibly can from a computer screen. So check it out.