Our favorite One Take reviewer, Matt Farah, recently had the pleasure to take a BMW F10 M5 Competition Package out for a spin around LA’s twisty mountain roads. Needless to say, he also filmed his time behind the wheel and the end result is posted below. As the new F90 M5 is fast approaching, he answers one question some us might be wondering: how does the F10 feel at the end of its lifespan? Keep in mind that the F10 is now basically 7 years old and that’s ages when it comes to the auto industry.

From the moment he set off we could tell the M5 wouldn’t disappoint. Compared to the stock model, the Competition Package has some upgrades on it worthy of mentioning, not only for bragging rights but also because they truly make a difference in how the car feels. The power goes up by a small 15 HP from 560 PS to 575 PS, according to BMW, but we all know that’s just playing it safe. The figures might as well be the wheel HP for this beast as the owner rightfully claims. Independent dyno runs showed around 630 PS coming out of the twin-turbo 4.4-liter V8. 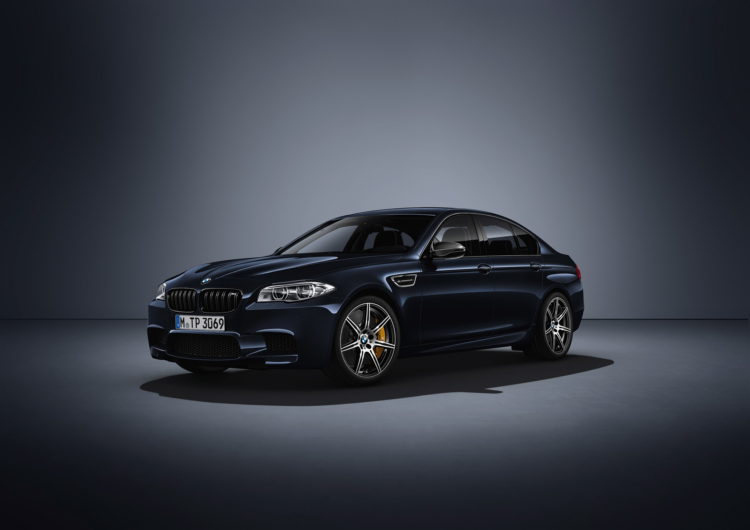 Torque remains the same at 680 Nm (501 lb-ft) in this version. Mind you that there have been two Competition Packages available for the M5 over the years and this is the original one. Later on, BMW launched a new one taking power to 600 HP and torque to 700 Nm (516 lb-ft). Nevertheless, that’s the least important aspect of the upgrades brought on by the ZCP. The biggest differences come from the suspension and differential setup.

The steering rack is also faster for better control while the EPS (Electronic Power Steering) system has been upgraded for more feel even though the changes you actually sense while behind the wheel are small at best. What you do notice is how the weight of the car is kept in check and that’s something not easily achieved considering the heft the F10 M5 has. And keeping that in mind, the sheer size of the thing, Matt and the owner do point out a couple of flaws. We won’t spoil them though, as they are explained in the video. Oh, and there’s a bombshell at the end of the video, when Matt compares the F10 to its E60 predecessor.