The BMW F80 M3 is the top dog in the 3 Series range. There’s quite a noticeable difference between the most powerful BMW 3 Series and the M car, at least when you’re looking at the specs. That’s an issue the Bavarians are working on, as the future 3 Series range will include an M Performance model that will slot between the ‘normal’ 3 Series models and the M model atop of them. But in the meantime, the BMW 340i is doing that job.

Once the facelift was launched and the 340i badge showed up in BMW configurators all over the world for the first time, people knew this is the reference 3er to talk about. It uses a new-age B58 3-liter straight six engine making 326 HP and 450 Nm (332 lb-ft) of torque, numbers good enough for a road car. It will also reach 100 km/h (62 mph) in 5.1 seconds in RWD guise and 4.9 seconds if it’s all-wheel drive. 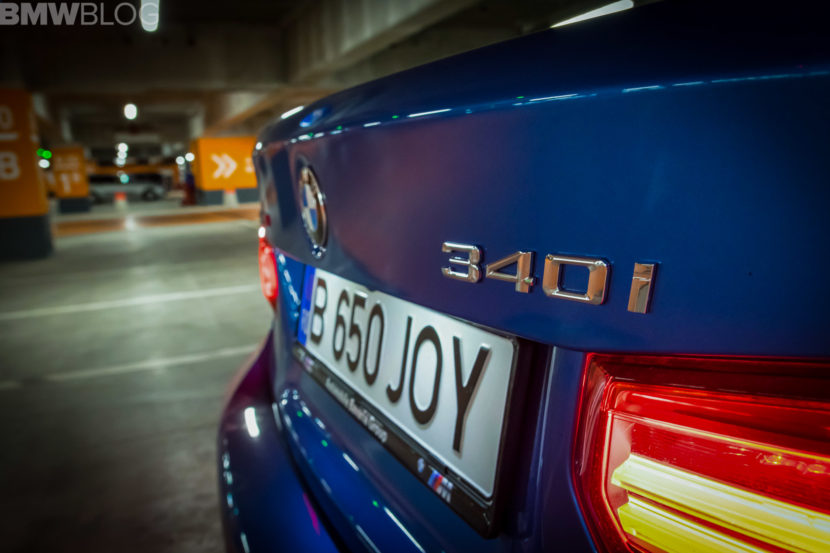 And all that sounds impressive enough on paper but the car feels a lot faster in real life as we found recently during our time with one. Ours was all-wheel drive and it was a proper sleeper on the road. It was no M3 though and that’s what the video below wants to show. The two are neck and neck up to about 100 km/h (62 mph) and that works wonders in favor of the 340i. If it had xDrive, it might’ve even outpaced the M3 in the 0-20 mph sprint.

The thing is, the superior power of the M car, which is also fitted with a Competition Package so it has 450 HP, shows in the triple digit speed range. That’s not the only advantage the M3 has, as it will also run circles around the 340i on the track. But then again, how often do people go to a proper track to drive their cars?