As expected, the 2017 BMW M3 gets its second facelift. The BMW M3 F80 LCI II carries the front of the revised M4, but everything stays the same at the rear – after all, the power sedan from Garching had already received new taillights last year. Since the M3 had shared its front design with the M4 from the beginning, it has not yet enjoyed a refreshed face with the headlamp design with additional LED bars to emphasize the direct connection between the kidneys and the lights.

In the first official pictures we see the second BMW M3 facelift in the elegant Tanzanite Blue paint, which we already know from other models, like the 340i sedan. Apart from the new light design and the discreetly reworked, illuminated M3 logo in the driver’s and co-driver’s seats, the BMW M3 F80 LCI II remains virtually unchanged. Just as with the M4, the model update does not entail any performance-relevant updates.

These are not necessary from Garchinger point of view, after all, the BMW M3 is still a benchmark in terms of driving dynamics despite its comparatively low engine power of 431 hp. And if you like more driving dynamics, the optional Competition Package secures a significant performance boost. The increase in power to 450 hp is clearly in the shadow of the improvements to chassis, rear axle differential and steering, as well as a sound-filled exhaust system with flap control and significantly more impressive notes.

With the standard power of 431 hp and manual transmission, the 2017 BMW M3 continues to accelerate from 0 to 100 km/h in 4.3 seconds, the optional 7-speed DKG with Launch Control reduces the sprint time by two tenths of a second. The 450 bhp BMW M3 Competition is one tenth faster, which means that the best value drops to 4.0 seconds. The maximum speed is artificially limited to 250 km/h, but the electronic limit can be increased to 280 km/h with the M Driver’s Package.

The second facelift for the BMW M3 also makes it possible for some customers to name a comparatively rare intermediate step: the BMW M3 F80 LCI has been built with facelift taillights, but “old” front parts since 2016. From March 2017 onwards the model updates with the new M4 front will be completed. 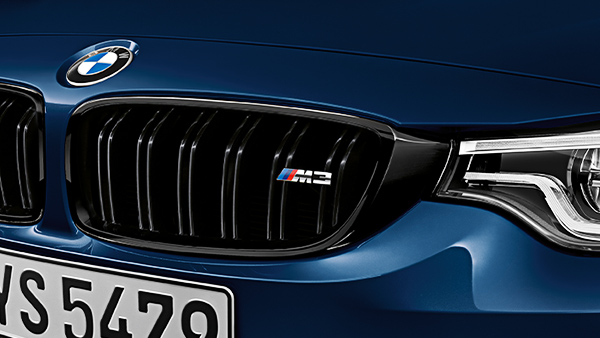