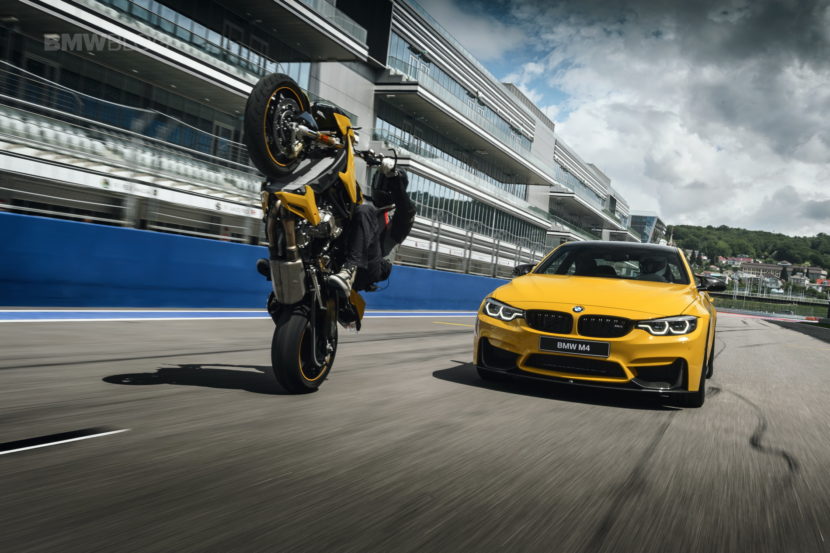 In May 2017, the official BMW Group Russia dealers began accepting orders for the BMW M4 Coupe and BMW S 1000 R bikes, all configured with special paint jobs and the Competition Package. A total of 23 BMW M4 and 7 BMW S 1000 R have been painted in the individual finishes Speed ​​Yellow and Laguna Seca Blue in order to be even more eye-catching. All 23 BMW M4s carry the Competition Package including characteristic light-alloy wheels in the design star spoke 666, plus some carbon attachments from BMW M Performance. 15 vehicles were painted in the Laguna Seca Blue color, the remaining 8 wear Speed Yellow. 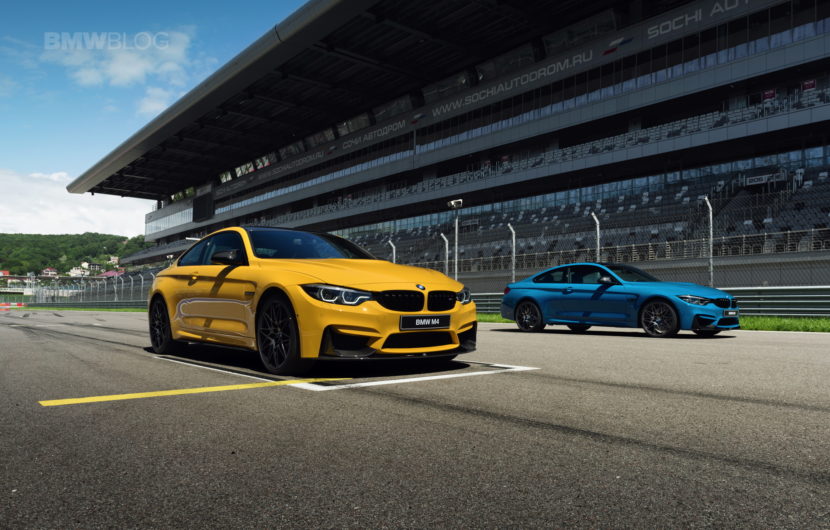 The two-wheelers are made in 7 copies spread out over 4 pieces in blue and 3 in yellow. The BMW S 1000 R in the competition guise is equipped with a set of carbon parts and HP accessories – the top and bottom lining of the gas tank, front and rear wing, wind shield, as well as the chain cover. Forged HP wheel rims and HP driver steps help reduce the weight of a motorcycle and improve its behavior in extreme modes during race track races. The HP brake and clutch levers, front-guarded by HP, allow you to drive the motorcycle even more actively and accurately. 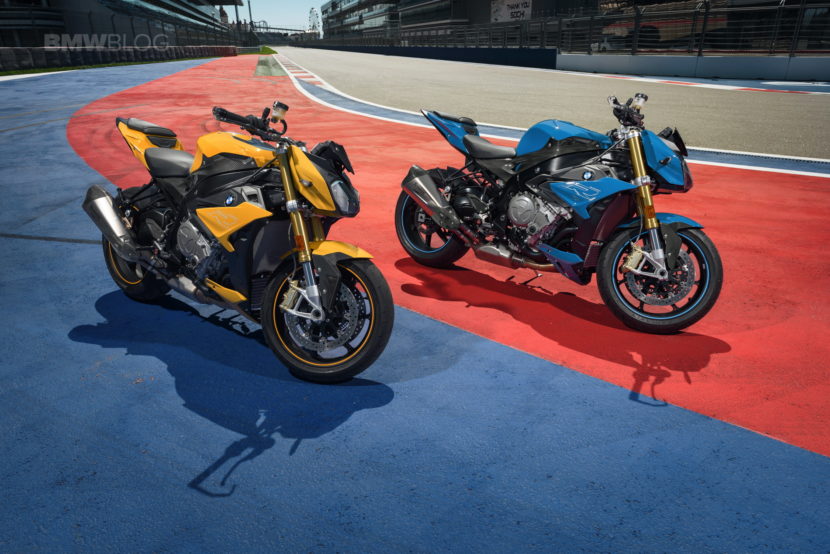 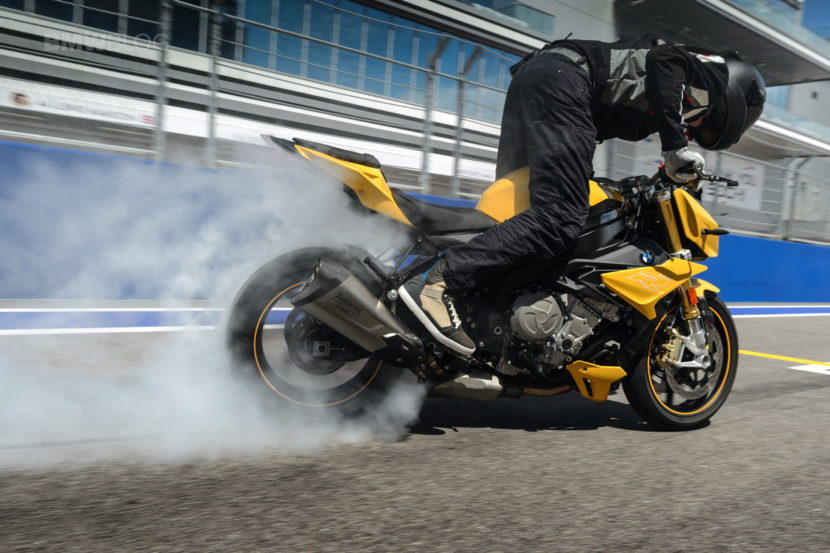 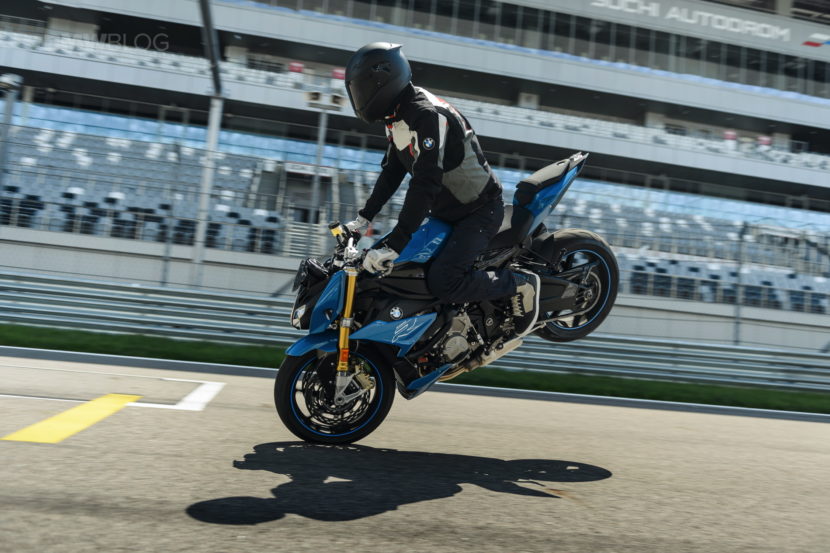 For the official photo shooting for the special edition, BMW Russia went to the Sochi Autodrome, which since 2014 has also been the venue for the Formula 1 race for the Grand Prix of Russia. The 450 hp BMW M4 Coupes and the 165 bhp strong BMW S 1000 R were able to destroy a lot of rubber producing spectacular pictures. 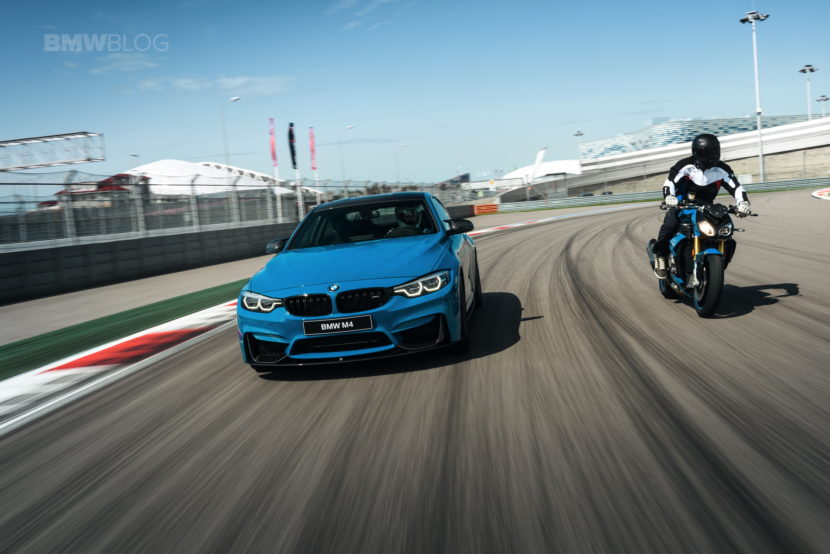 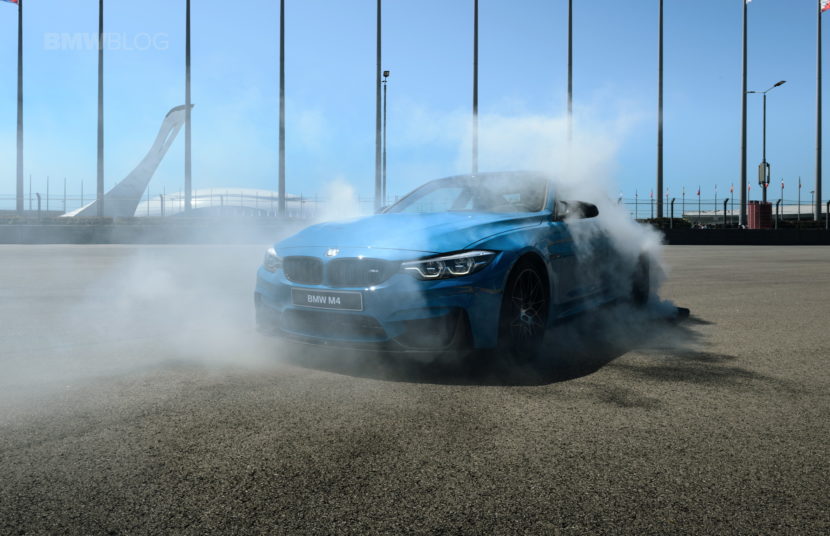 The four-cylinder engine of the BMW S 1000 R meets an unladen weight of just 205 kilograms, 165 hp and 114 newton meters of torque, sufficient to beat the significantly stronger BMW M4 Coupe with a Competition Package in the standard print. However, the M4 certainly does not have to hide with its 4.0 seconds sprint, especially in an automotive environment, where its strengths are not limited to longitudinal dynamics, but are mainly of a trans-dynamic nature.