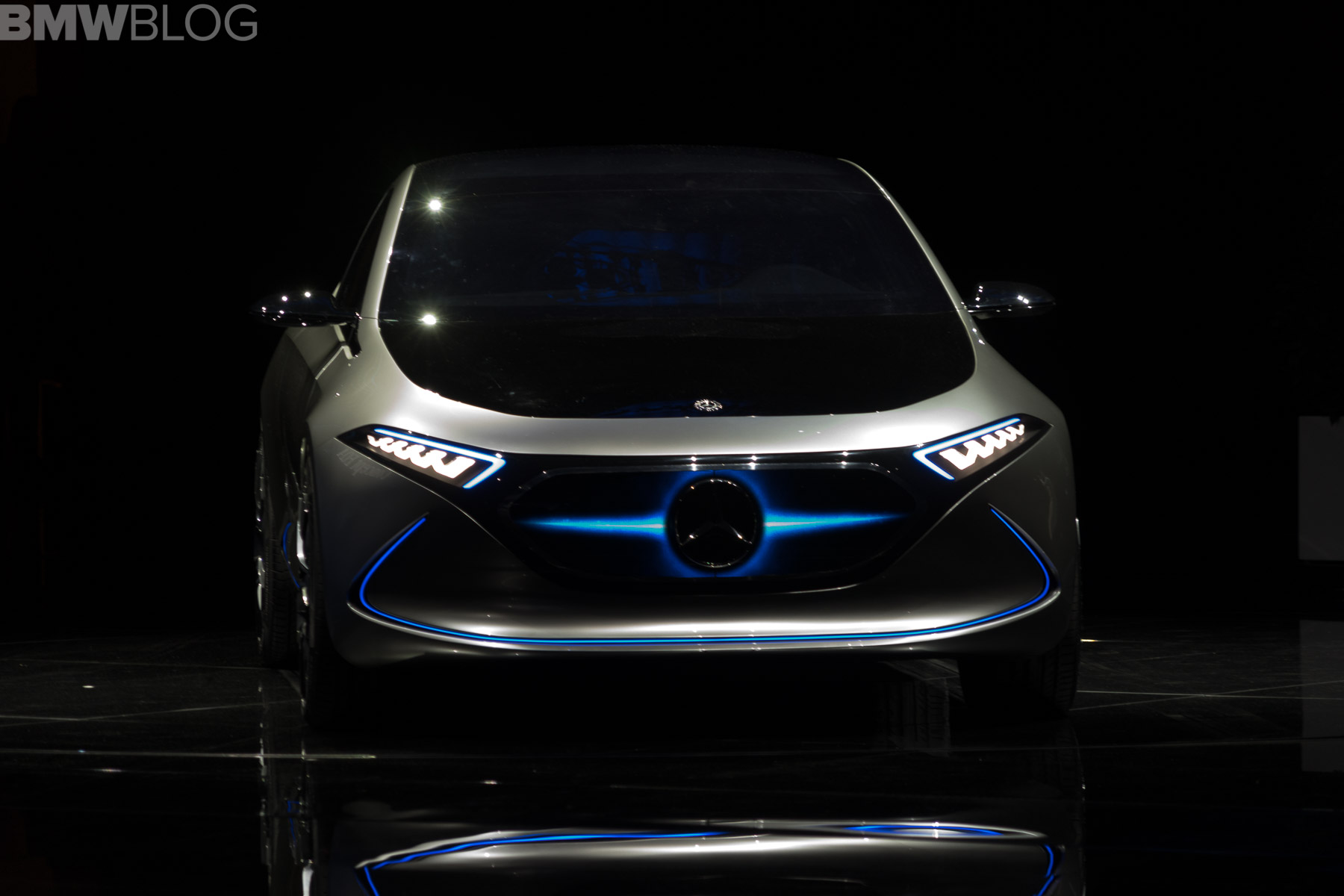 There were some pretty exciting electric and autonomous concept cars at the 2017 Frankfurt Motor Show. BMW had its i Vision Concept, Audi had its Aicon and Honda had its adorable Urban EV. These were all quite interesting cars, even if they weren’t traditionally exciting. However, there was one car company that disappointed a bit, at least for me, personally, and that was Mercedes-Benz. BMW’s biggest rival brought was is likely the most boring electric concept car to Frankfurt in the Mercedes-Benz EQA Concept. 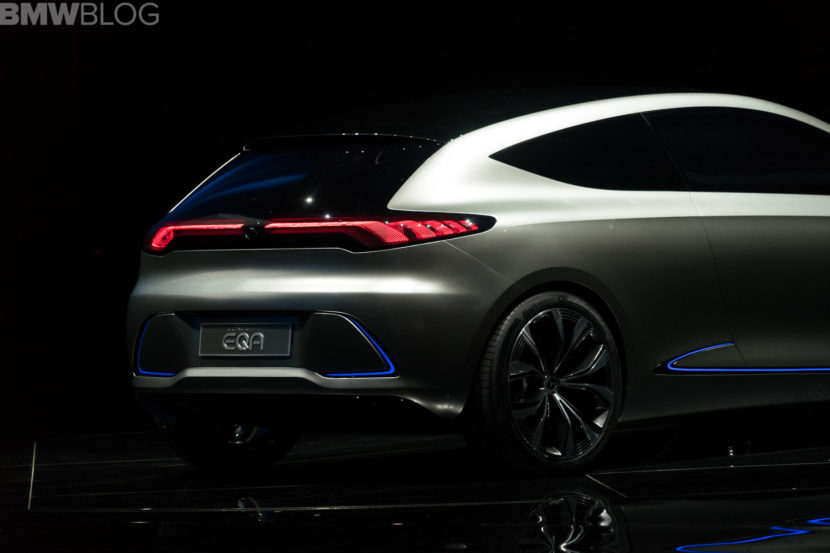 It’s essentially an electric hatchback with a screen for a grille. The latter bit is it’s biggest party trick and it’s a gimmick. Essentially, the grille is just a screen that can change to show various different images. During normal driving, it will show a digital representation of the traditional Mercedes grille. It looks fine. If you switch to Sport Mode, though, the grille changes to show a “flaming wing” design. Cool. Admittedly, the next part I kind of like, as if you switch to Sport Plus mode, the grille changes to the brand’s Panamericana grille with red vertical slats. A bit gimmicky, but I actually kind of like that last bit. 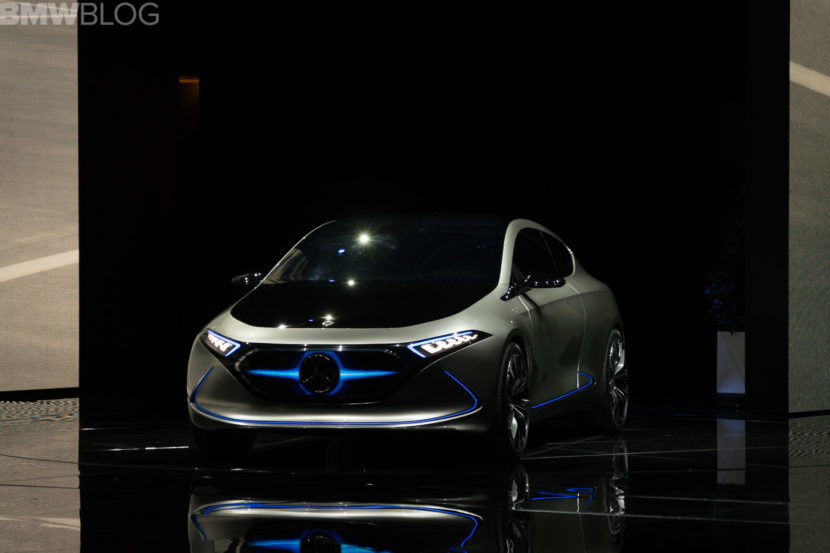 The rest of the car, though, is just an electric hatchback. It has a an electric motor at each axle, like every other EV concept, with a total power output of 268 hp and 368 lb-ft of torque. Which is okay. Mercedes claims 0-60 mph in about five seconds, which is actually quite quick, around two seconds faster than the BMW i3. So it’s not bad just kind of “meh”.

Outside, the styling is just boring, though. This is an electric concept car, Mercedes, make it look like something from the future. Instead, it looks like a current A-Class hatch with some blue stripes on it. Apparently, Mercedes calls the design language “Sensual Purity”, which evokes images of MB designers carving it out of clay like Patrick Swayze and Demi Moore in Ghost. The rear light bar looks kind of cool, though. 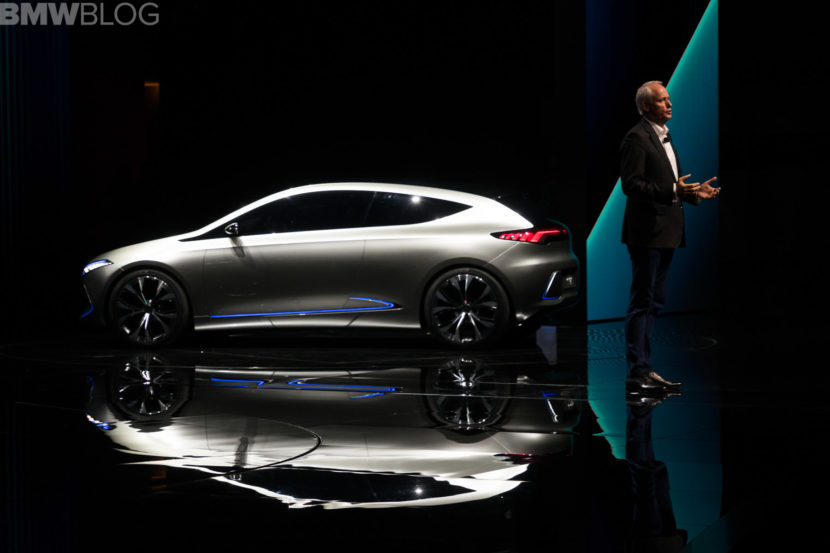 Maybe I’m just disappointed with the EQA due to the high expectations from the brand, as the Mercedes-AMG Project One that accompanied it was such an awesome car. I guess an F1-derived hybrid hypercar makes up for a generic EV hatchback with a fancy grille, though. 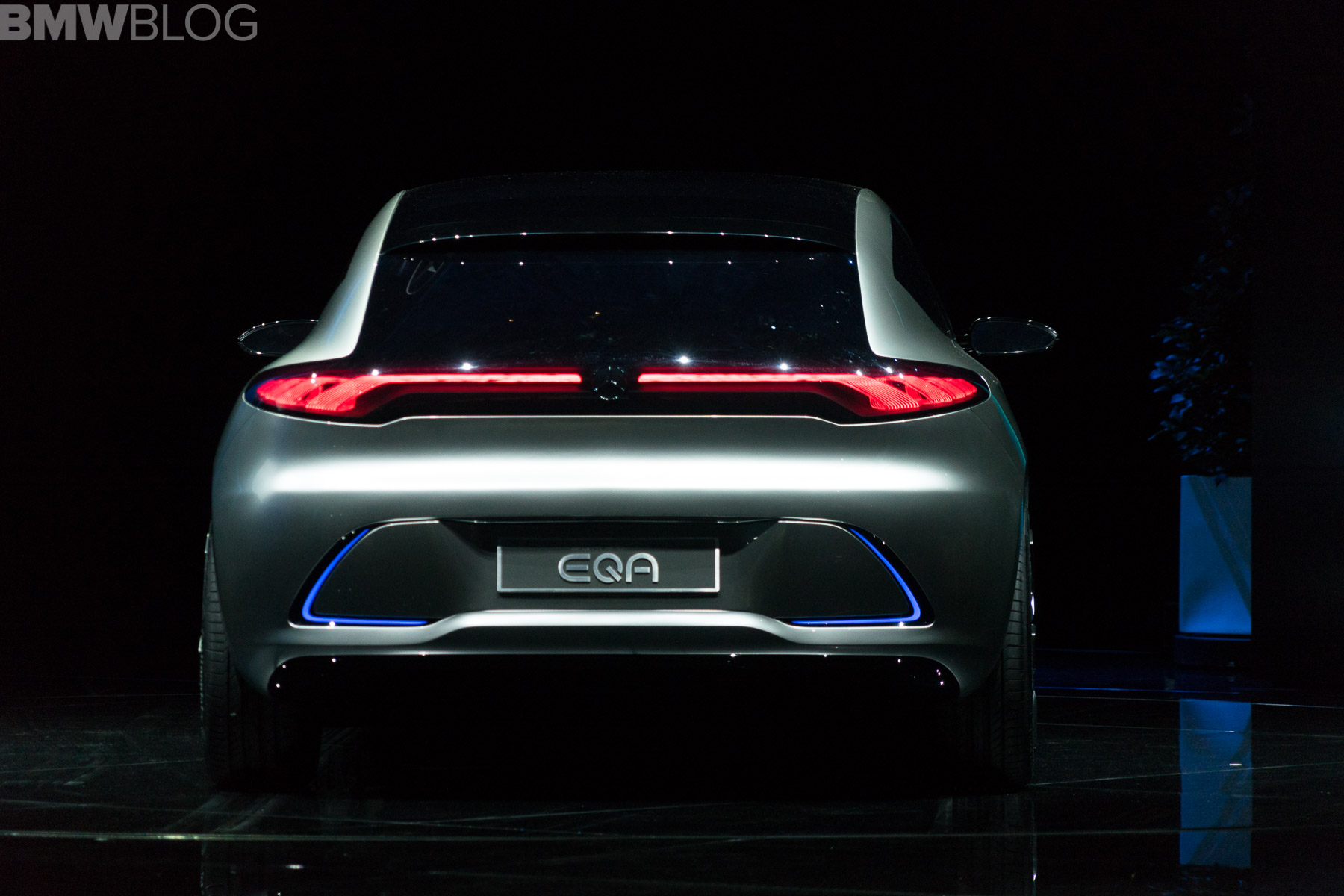 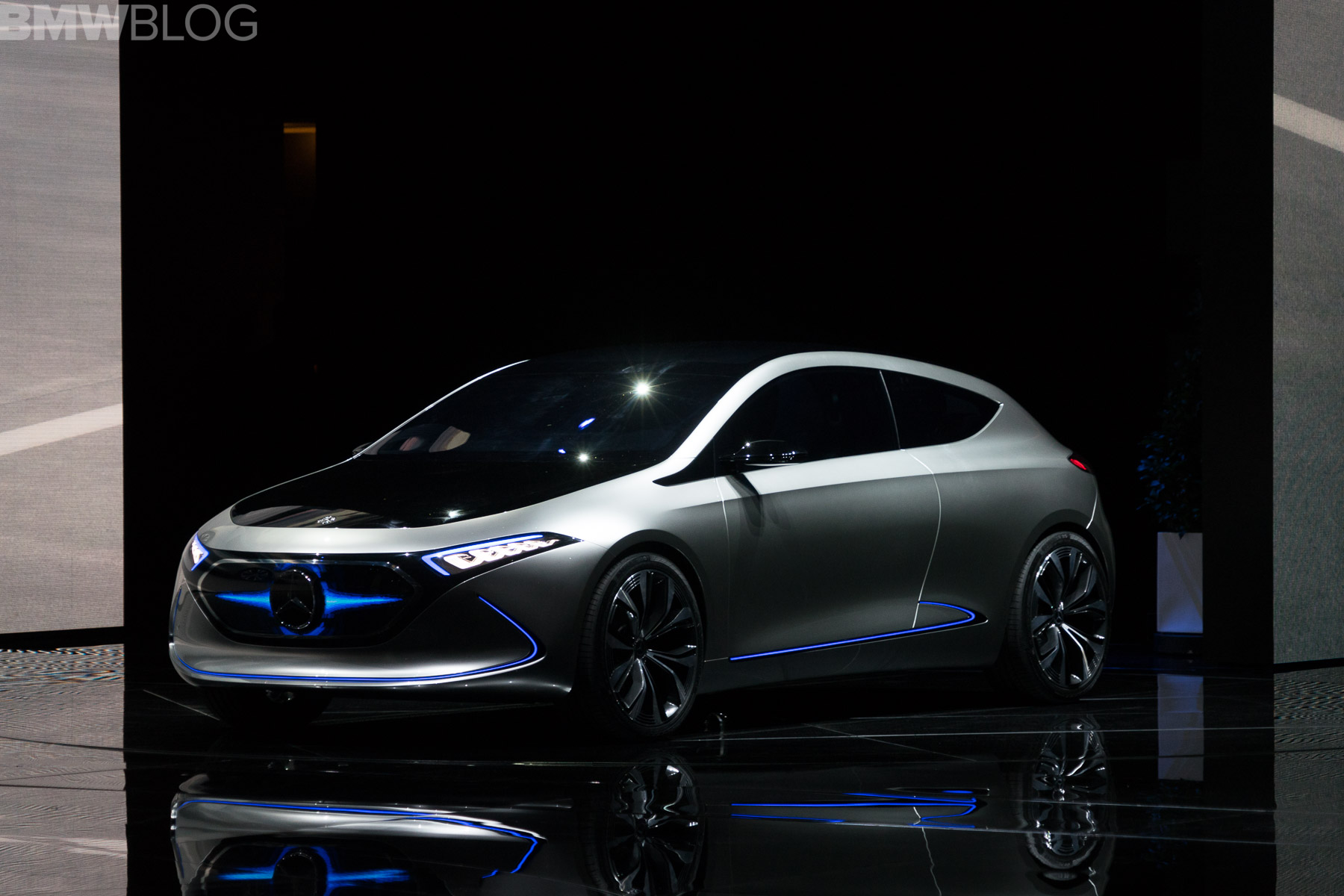 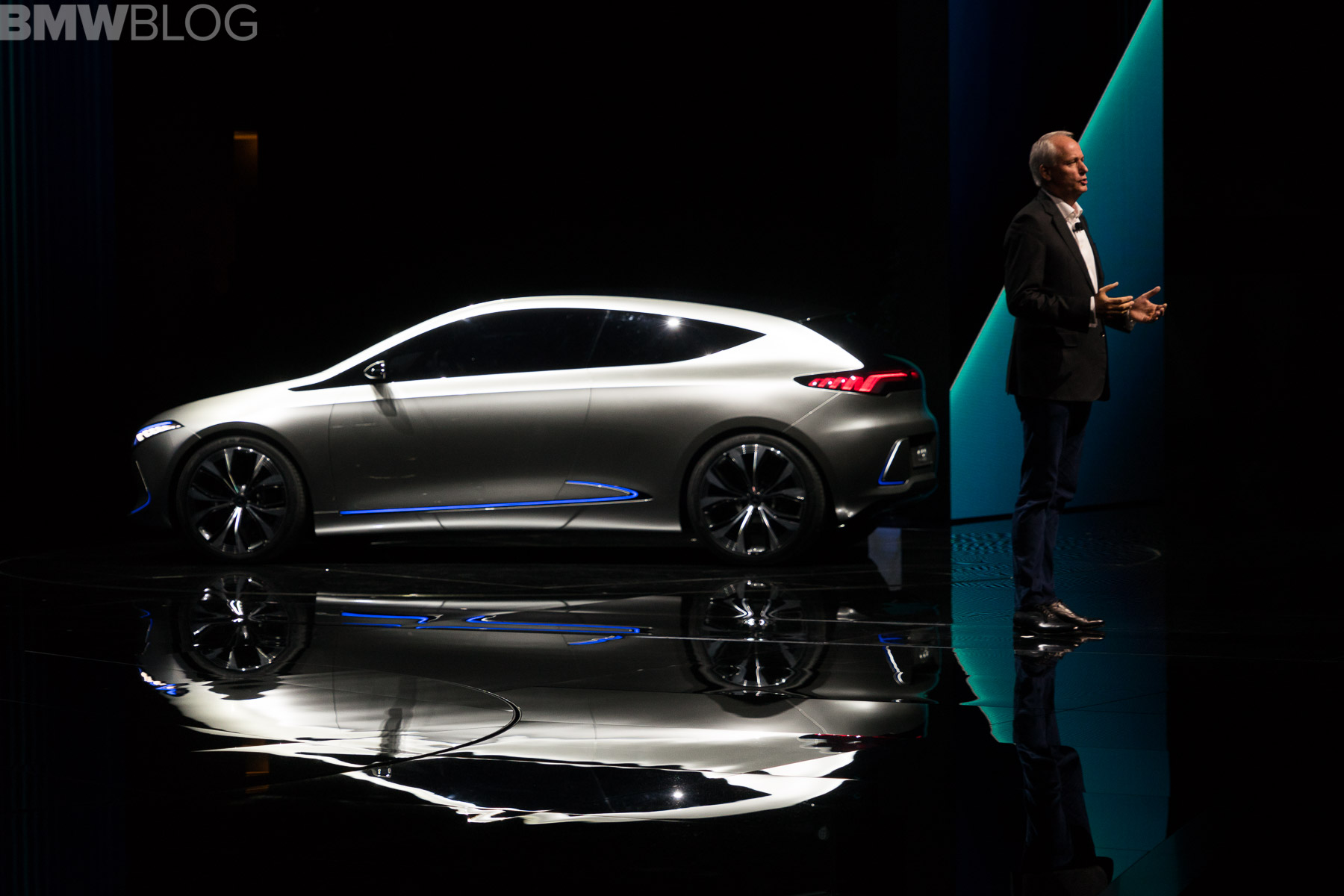 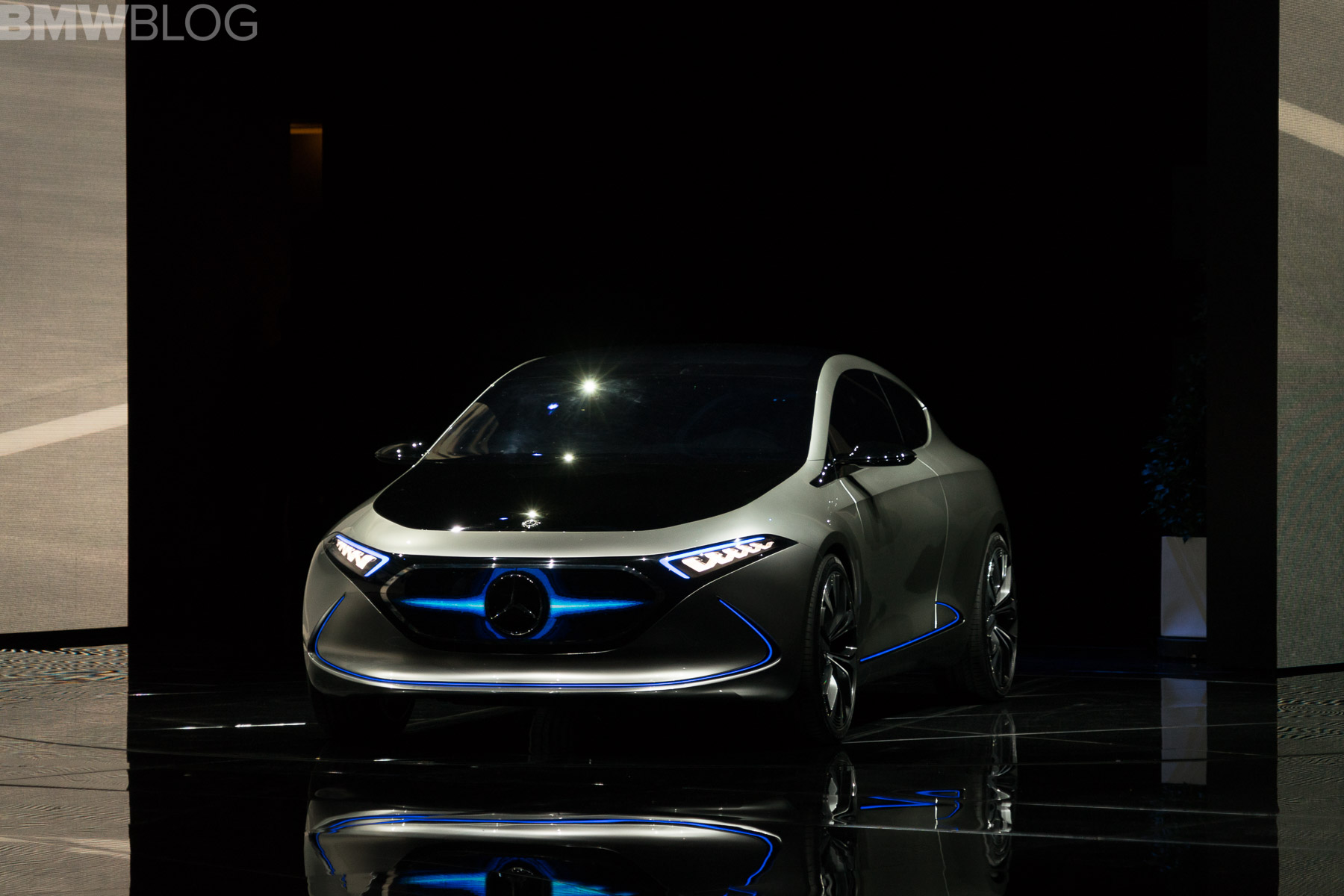 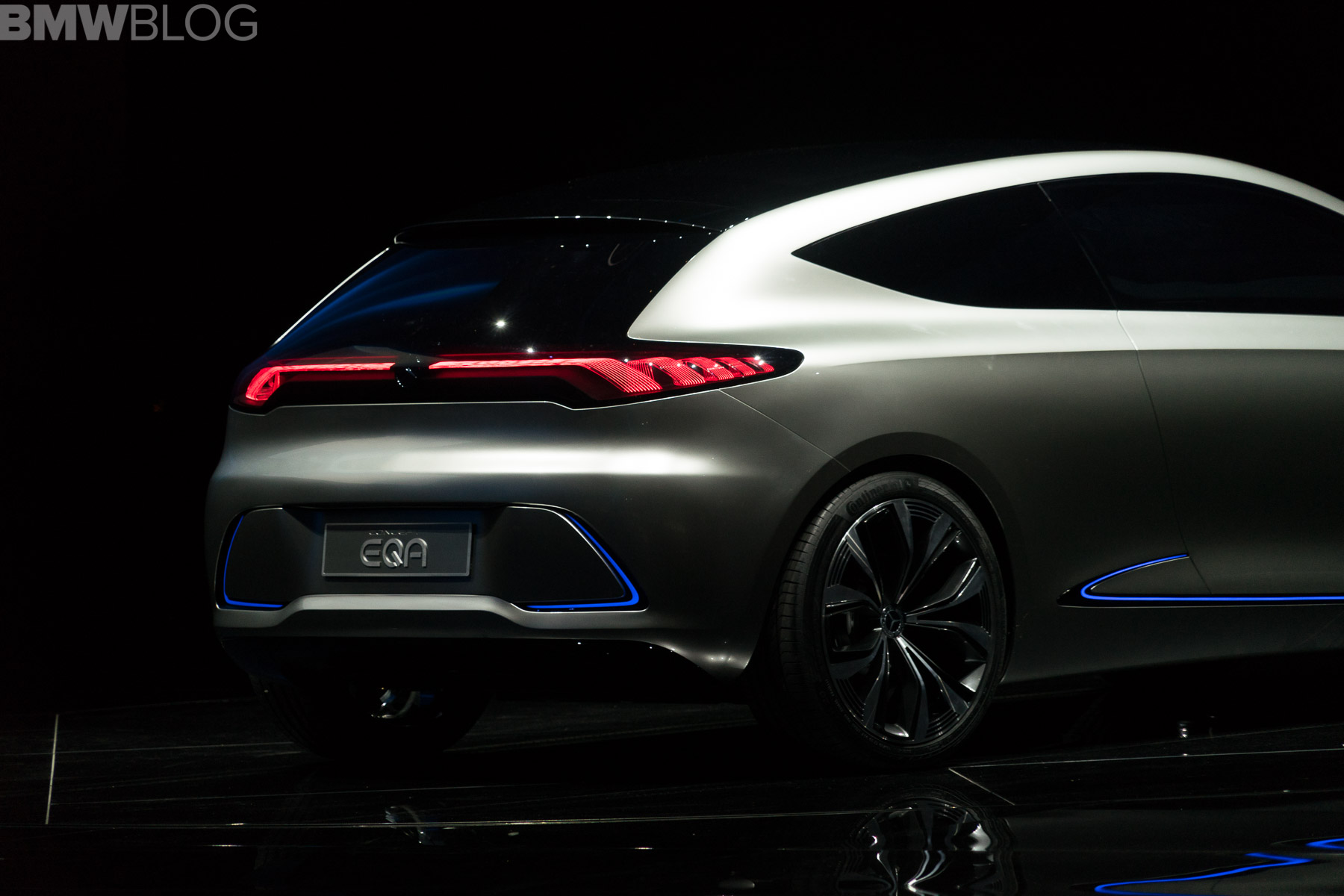 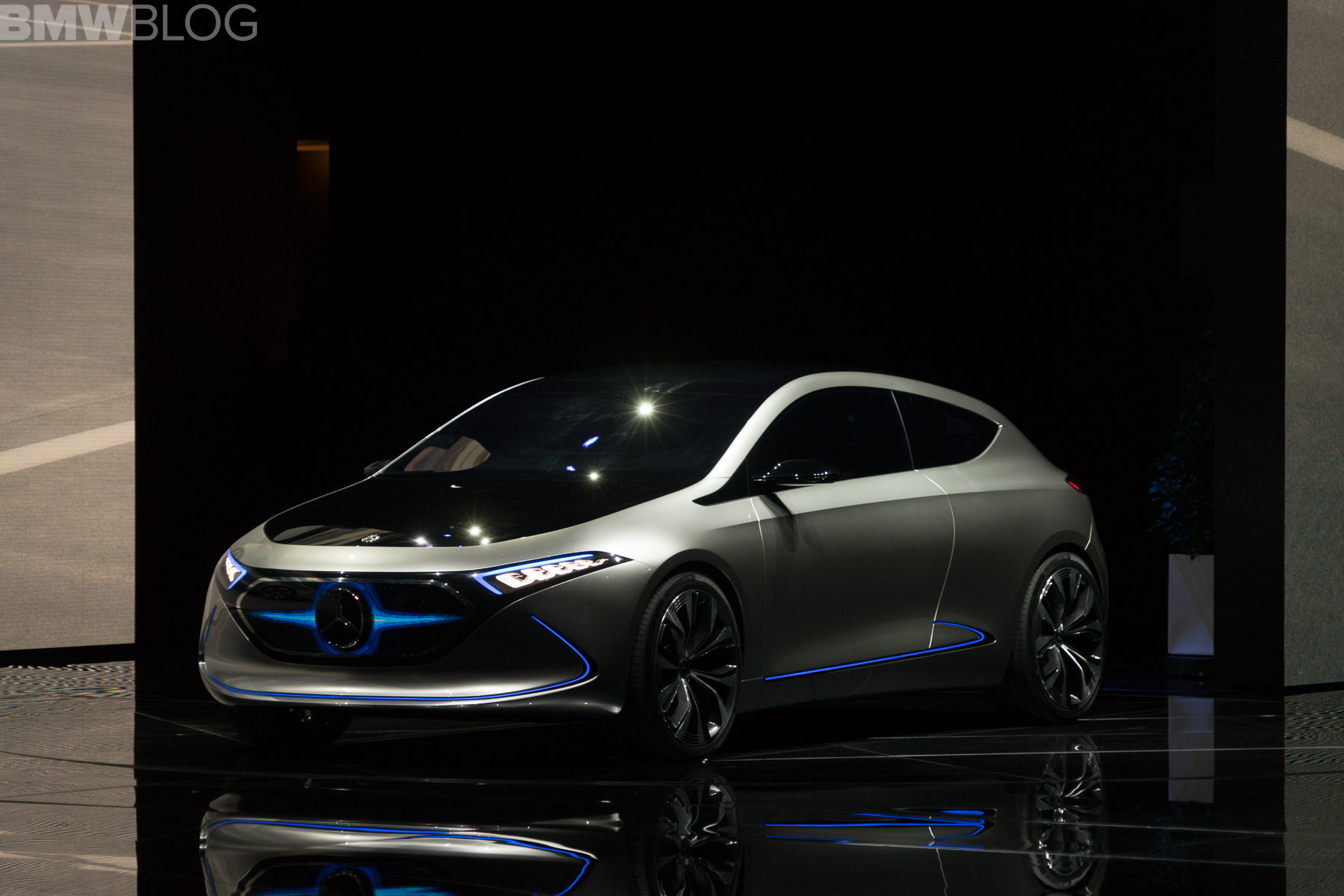