Yanfeng Interiors XiM18 shows off autonomous interior for the future 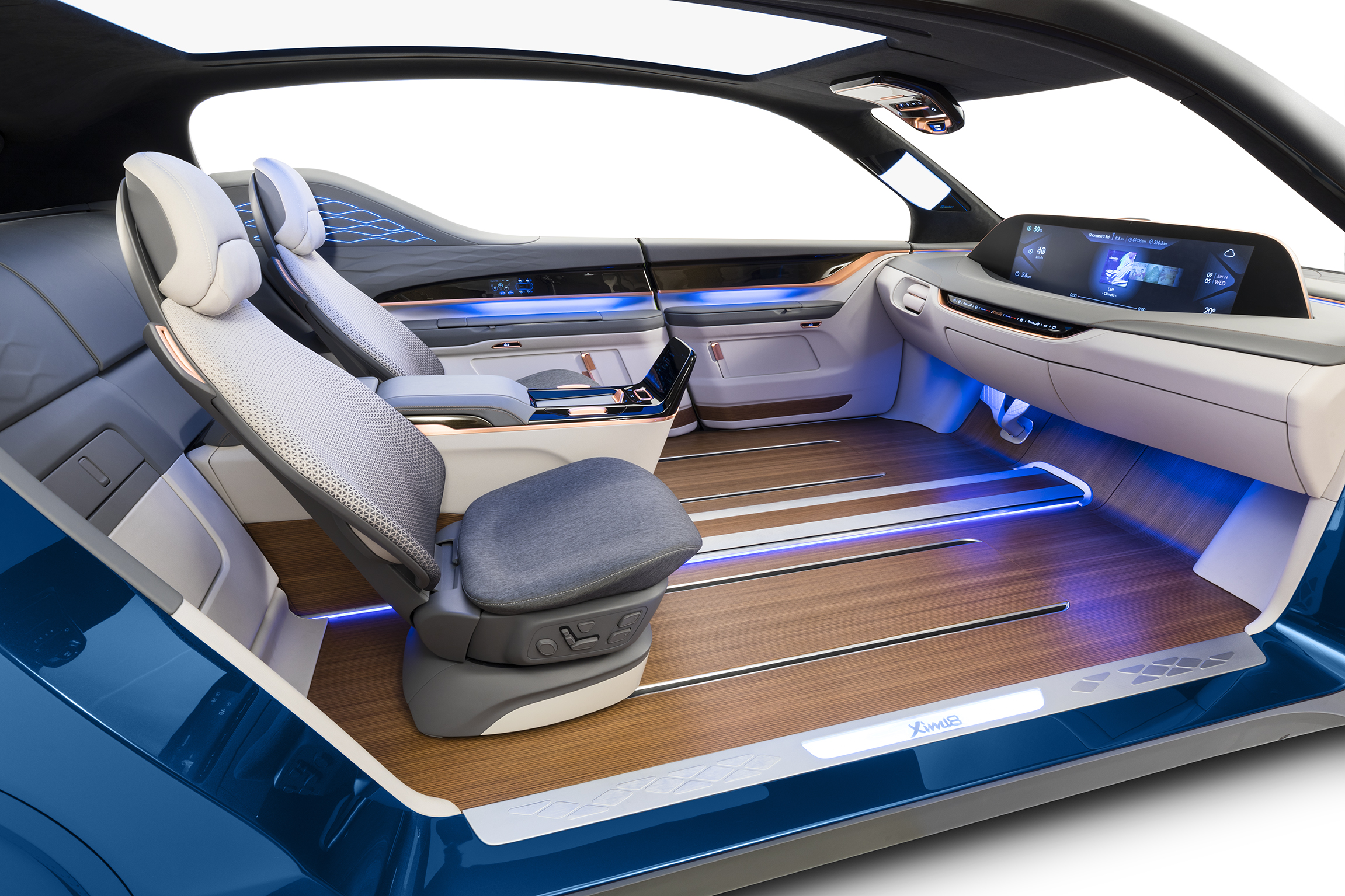 As cars become more and more autonomous, lacking the need for an actual driver, the cabins of these cars have become increasingly interesting. The automotive cabin as we’ve come to know it is going to change radically the less we need actual drivers. The lack of a driver opens the door to so many new possibilities that it’s almost shocking. One company that’s been experimenting with automotive interior concepts for future autonomous cars is Yanfeng Interiors and their latest concept, the XiM18, just recently debuted at the 2017 Frankfurt Motor Show. 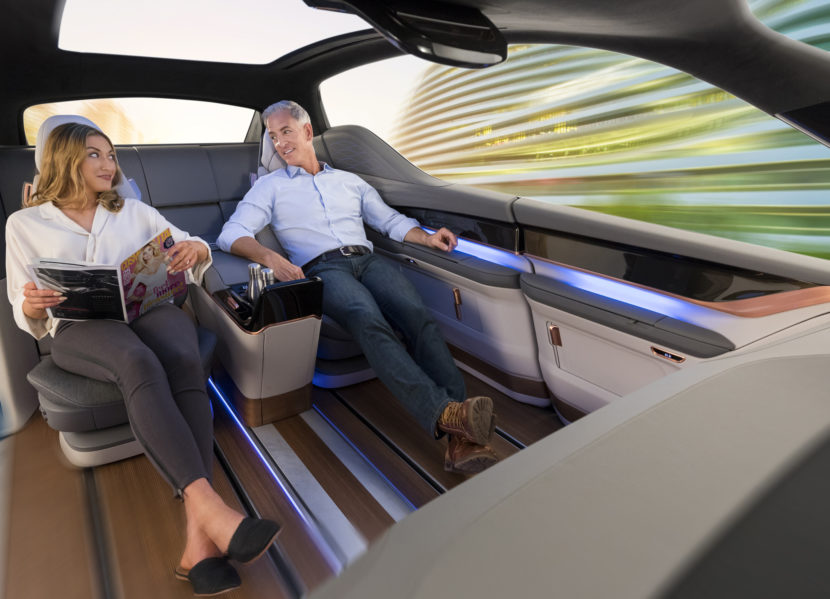 “In the future, once collapsible steering wheels will be considered the new normal since the driver will no longer have to steer the vehicle”, said Han Hendriks, Chief Technology Officer for YFAI. “The car will evolve into the next living space for driver and passengers alike. Our XiM18 exemplifies how we are redefining the way people can relax, work and play in their car today and decades from now.”

One of the more interesting aspects of the XiM18 is that it actually has different modes. No, we’re not talking about the Comfort, Sport and Sport+ driving modes of modern BMWs. The entire cabin changes based on the different modes that are selected. There are four different modes: Driving, Family, Meeting and Lounge. 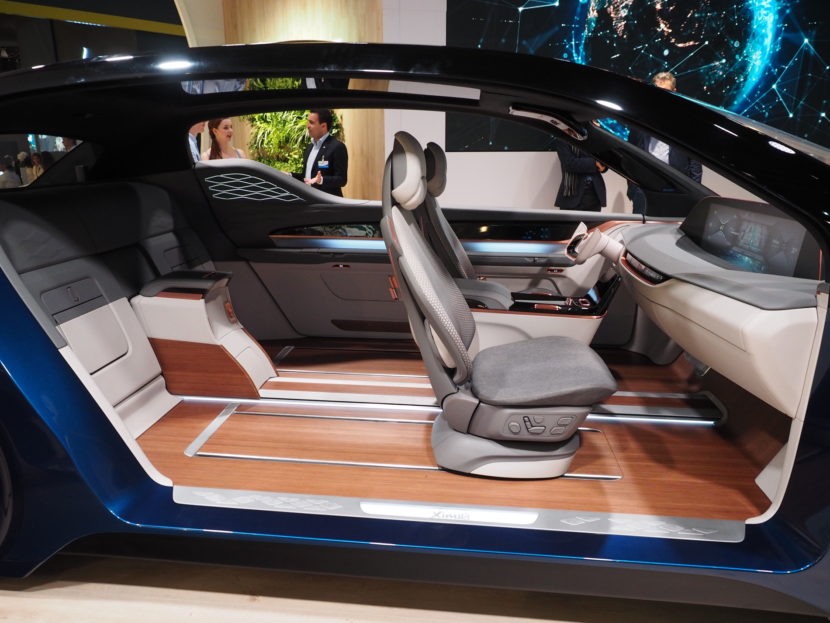 In Driving Mode, the cabin is laid out more traditionally, with all seats facing forward in normal positions. It also get semi-normal controls, with a center console adorned with current looking controls. 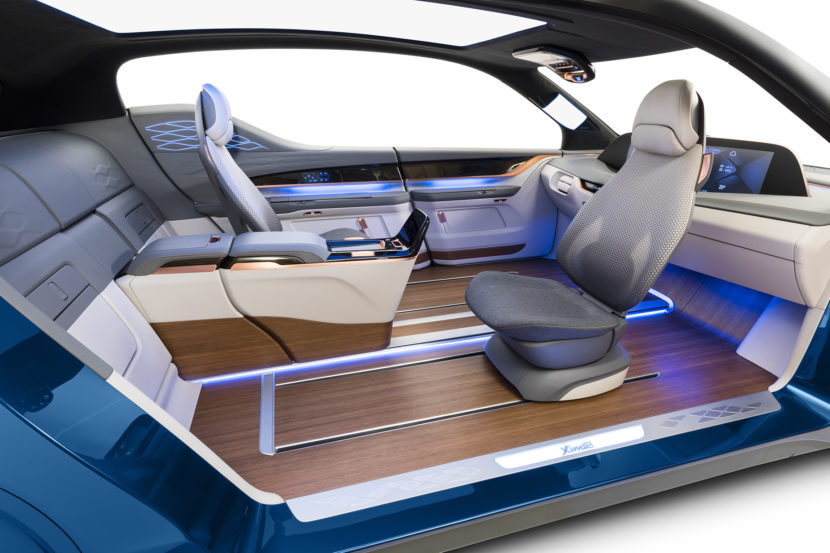 Family Mode is designed to bring the passengers together, in a more family friendly environment. So the front seats swivel around to face backward and slide toward the back, so as to bring the front and back seats closer together. This allows for the passengers to talk to each other face to face. Yanfeng also added fun features like an origami table and a center instrument panel with storage tray. 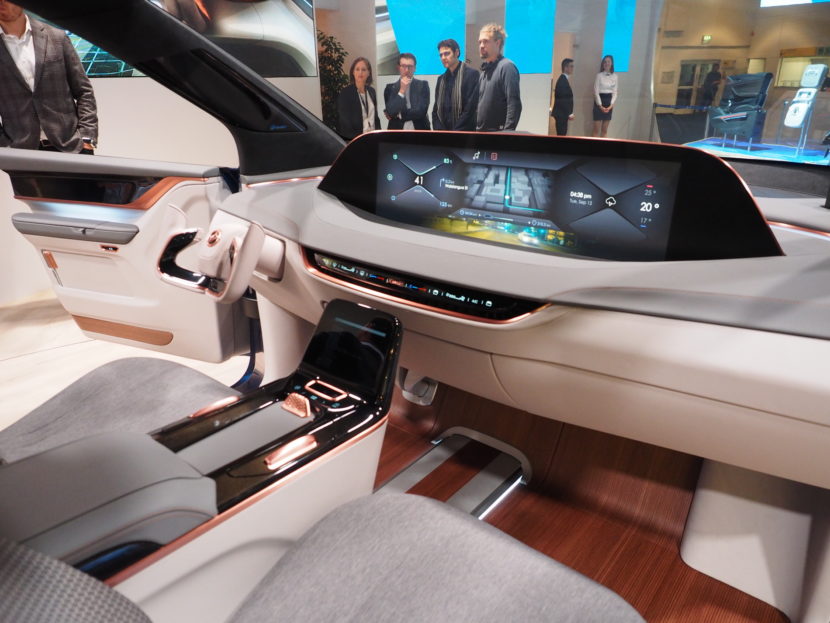 There’s Meeting Mode which allows the front driver and passenger to speak to each other face to face, so as to recreate the feeling of a business meeting. So the driver seat slides backward and the passenger seat swivels 180 degrees, so now they can speak face to face. 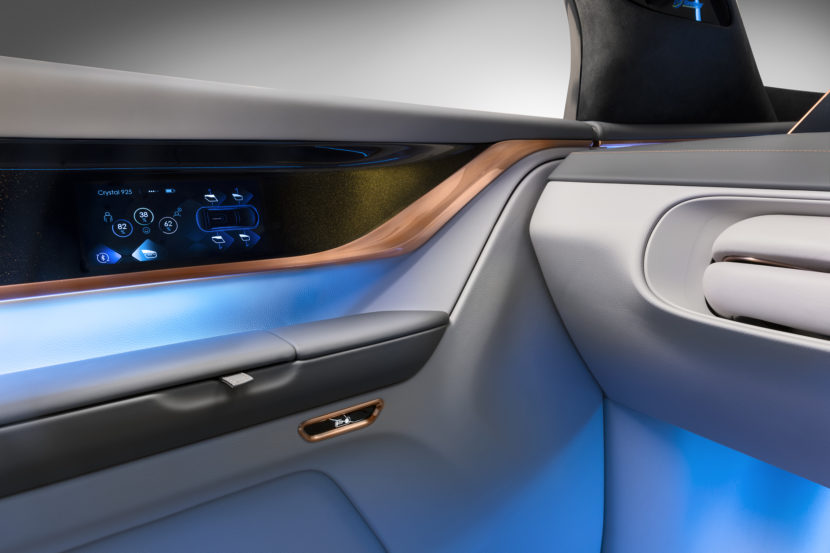 Lounge Mode slides the front seats as far back as they can be, so as to allow them to relax, work, enjoy entertainment or even nap. It’s like being on a first-class flight, just, ya know, on the ground.

This Yanfend XiM18 concept is certainly interesting. While most of us enthusiasts feel that cars should be driven at all times, without having its passenger nap or look the other way, this is an interesting idea. If the cars can truly be trusted, this would be a really relaxed and comfortable way to travel. The morning commute would be far easier and the ride home would be even more relaxed. It’s a brave new world we face, isn’t it? 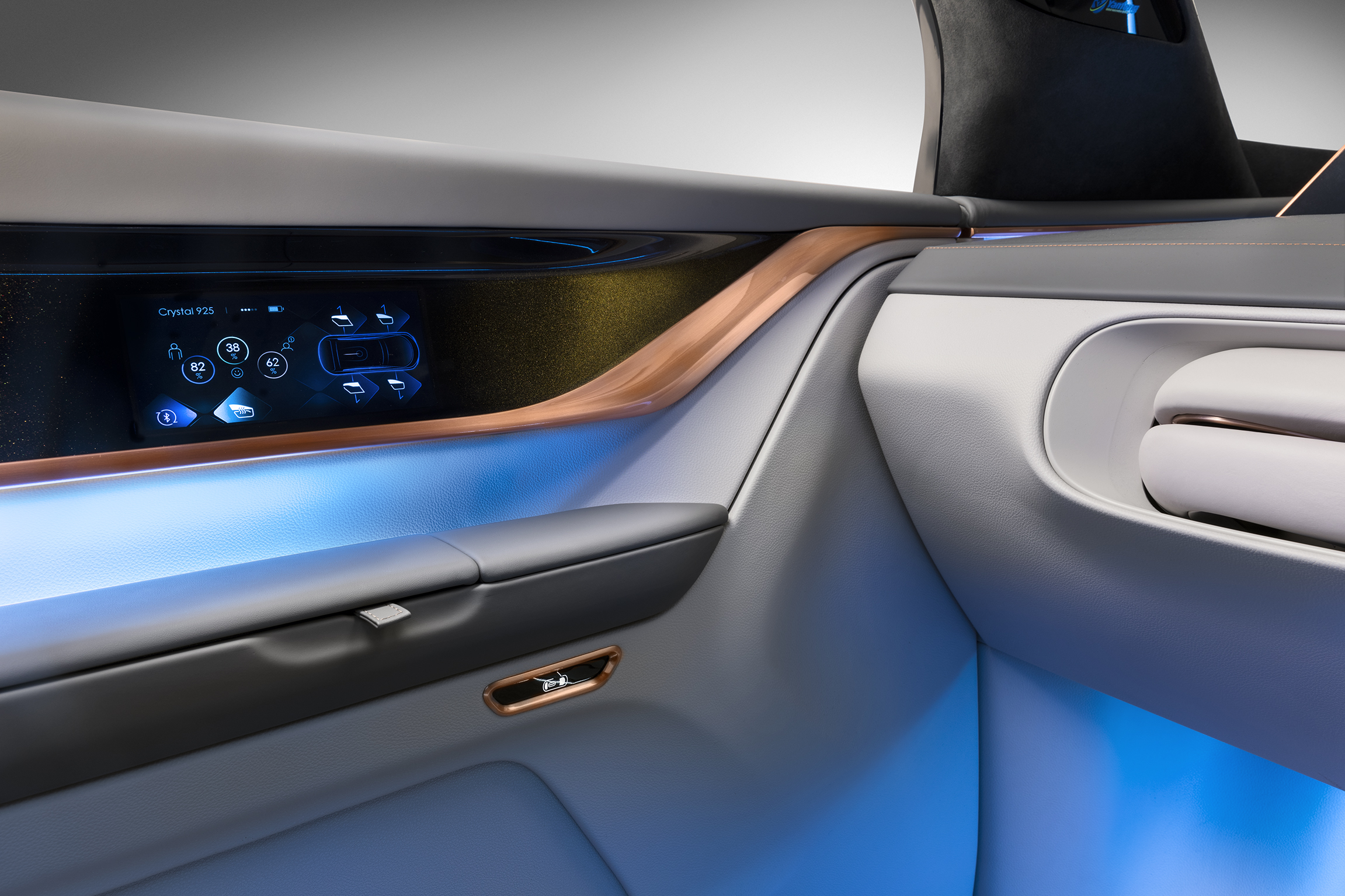 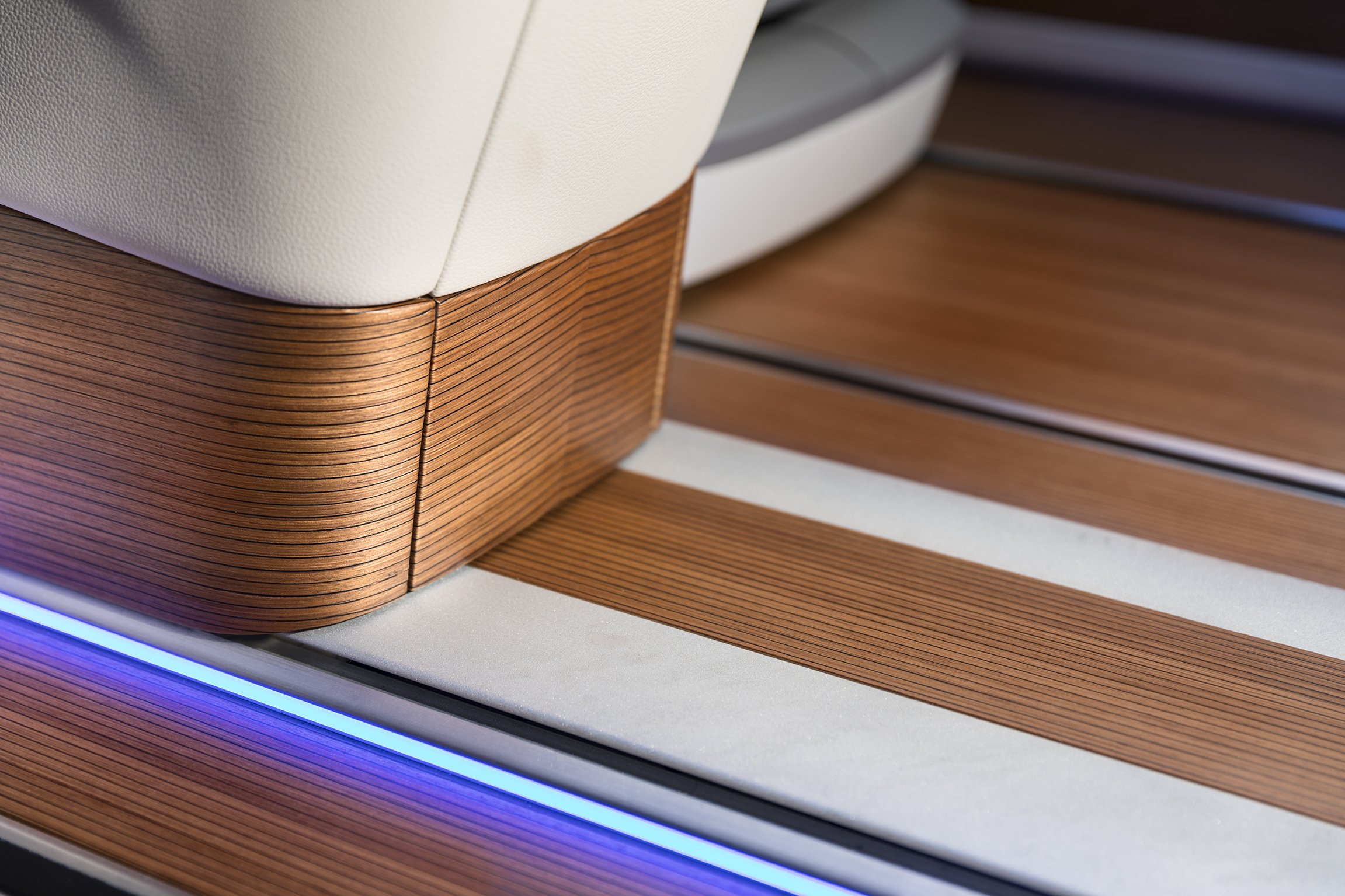 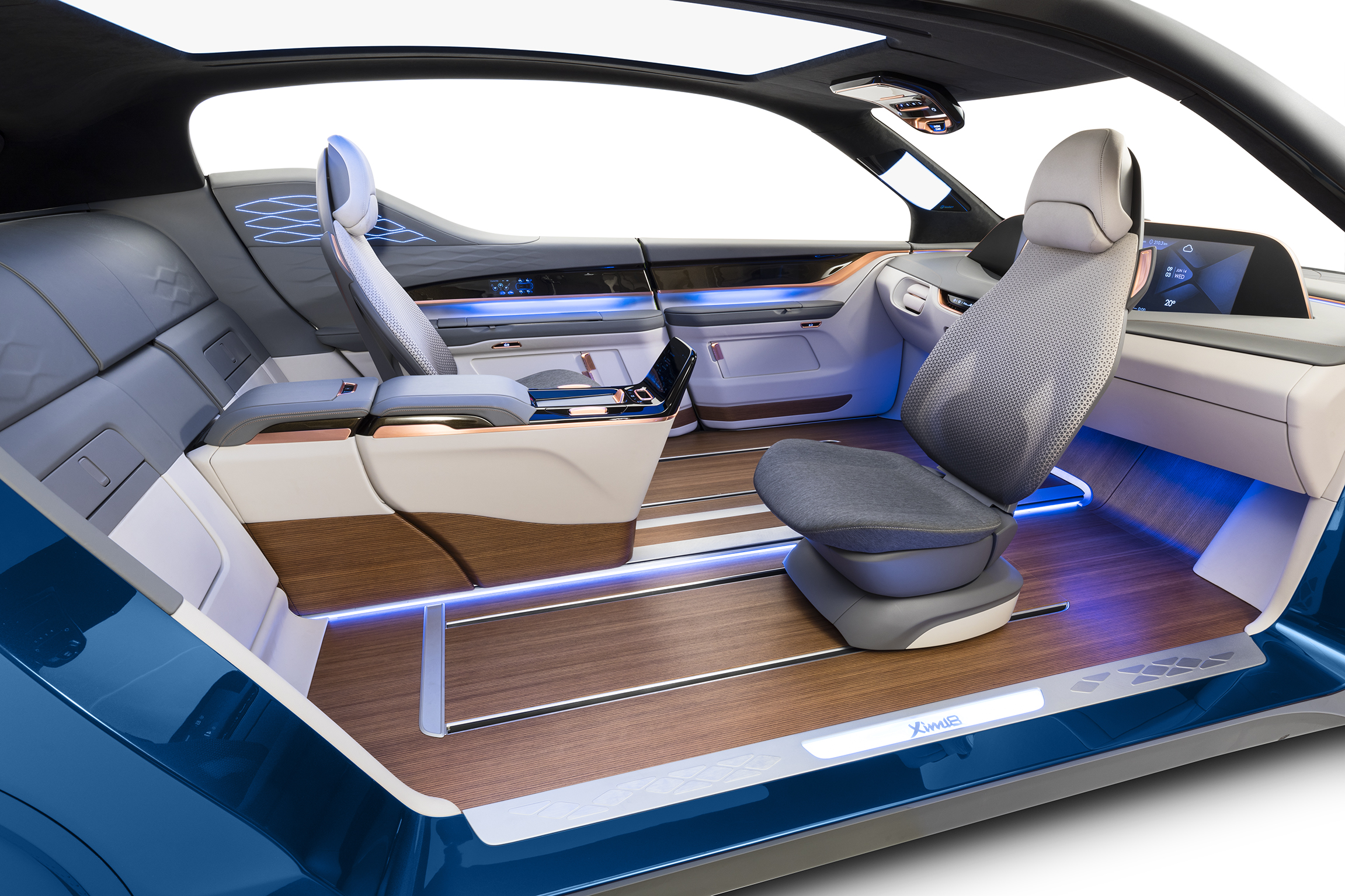 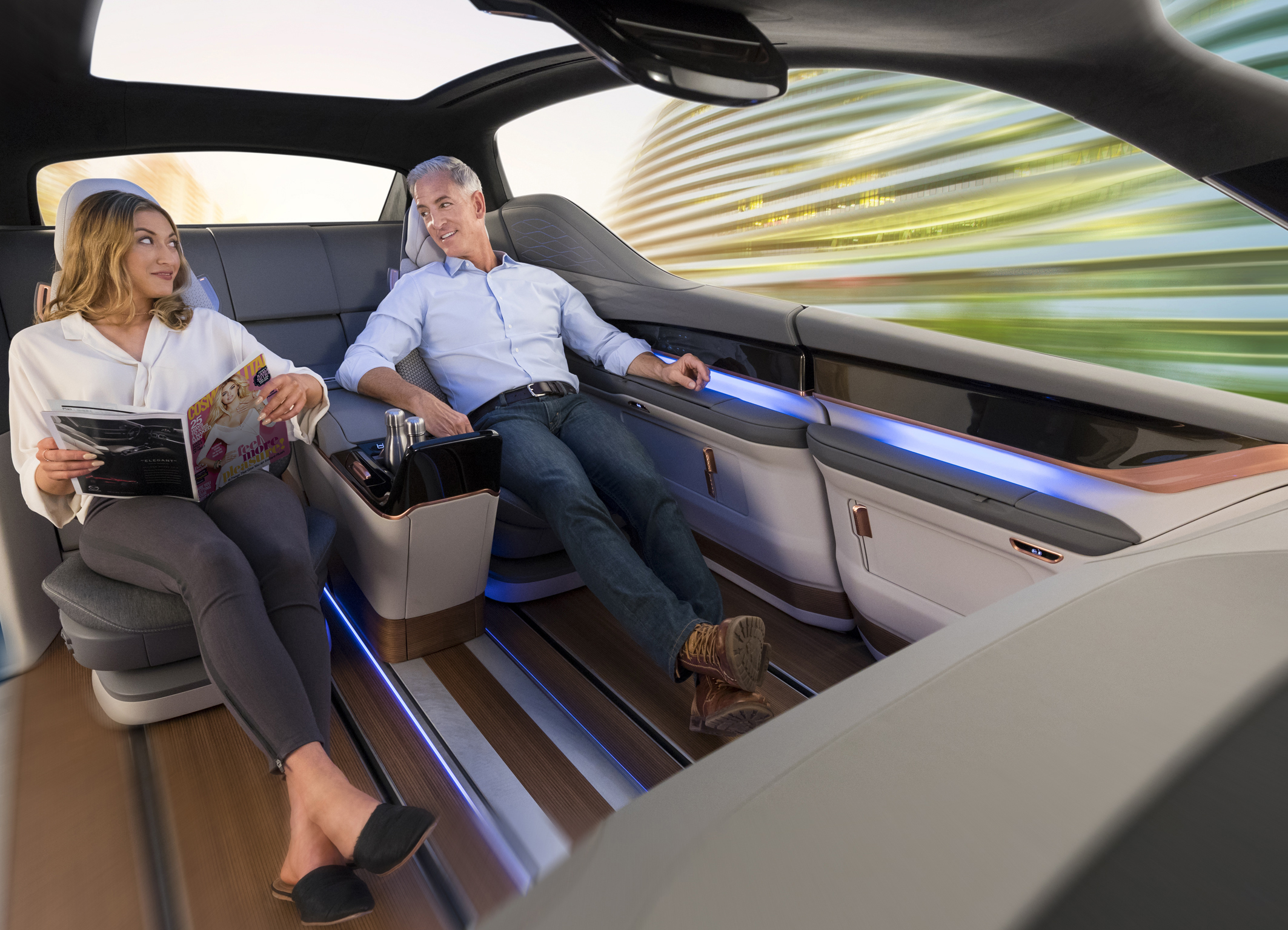