The last few years marked quite the transformation for the MINI brand. A carmaker that once was known to produce cheap, small, affordable cars for the masses, today the MINI brand is owned by BMW and has been drastically transformed becoming a premium offering in the process. While the small, 3-door hatch is still extremely fun to drive around and dangerously quick if you’re not paying attention, the MINI Countryman is probably the furthest away from the initial concept Sir Alec Issigonis had in mind when he penned the original.

The MINI Countryman however is the logical move forward for the brand. A lot of its customers, while loving the feeling they have behind the wheel of the hatch, complained about the size of the compact car. Admittedly, you don’t get a lot of room inside the 3-door MINI but that’s not the point in the first place. Leaving contradictory discussion aside, the Countryman is here to solve that problem, being the first proper crossover offered by the Brits in their history. 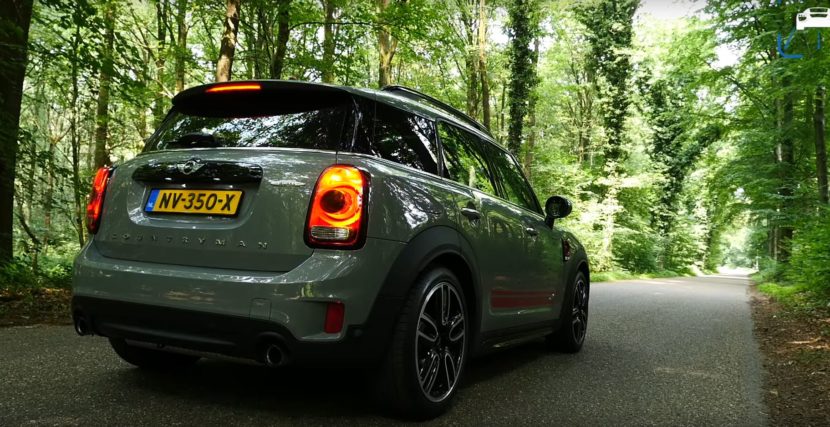 With plenty of room inside, other challenges arrive such as the weight factor, for example. The Countryman is also the heaviest MINI ever made and while that may not be of huge significance of a Cooper SD model, it does make you stop and wonder about what it implies for the performance version, such as the John Cooper Works model. The JCW badge was bravely stuck on the high-end Countryman, but some say that the 2-liter turbocharged engine under the hood doesn’t have enough punch for such a big car.

231 HP are more than enough even for a Countryman for daily driving purposes but when pushed to the limit, it may not feel as fast as you’d expect a car with the JCW badge on it to be. The video below shows us just how fast the top dog in the Countryman range can accelerate to its top speed of 145 mph and it does offer you a better idea as to whether it is fast enough. The thing is, how often will you even get the chance to put this car to the test on a proper unrestricted Autobahn anyway?