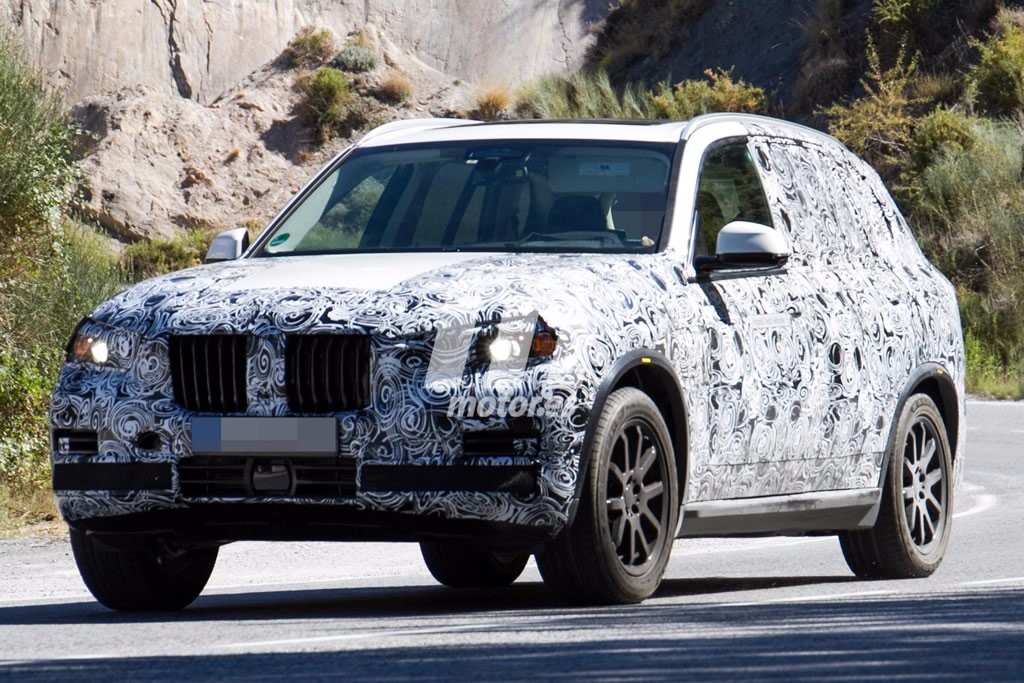 It seems a bit weird knowing that BMW is currently in the works on a new X5. Obviously, BMW is working on a new one, as car companies are basically working on a new model as soon as the current one comes out. However, the current BMW X5 is still such a good car and one that’s still very competitive in the segment. It’s aged quite well over the years, which can’t be said about many of BMW’s modern cars. Nevertheless, BMW is still working on a new iteration and it will, of course, come with a plug-in hybrid variant. Said hybrid variant, the upcoming BMW X5 xDrive40e (presumably named) has just been caught testing in spy camouflage. 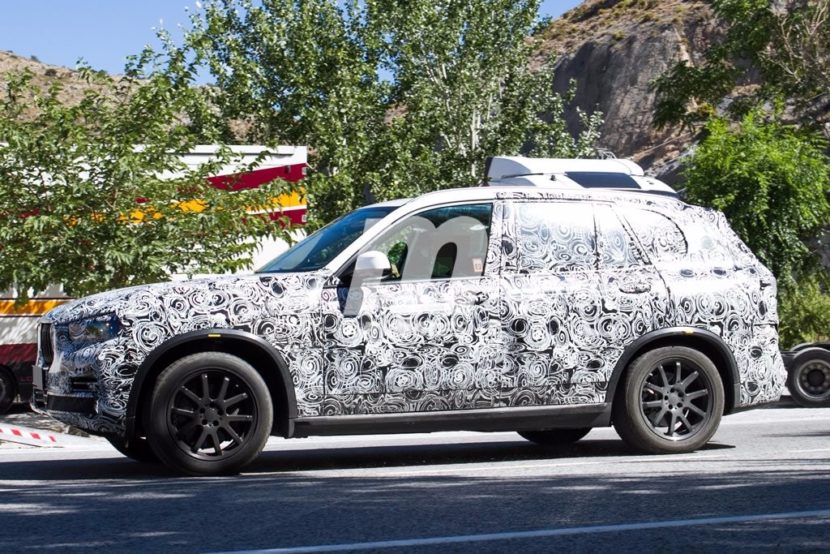 You can tell that this is the upcoming hybrid variant, thanks to the “Hybrid Test Vehicle” plaques plastered about the car. While we don’t know exactly what sort of hybrid powertrain will power this upcoming X5 hybrid, or what its name will be, we can take a good guess. We’re assuming BMW will use the brand’s new B48 2.0 liter turbo-four, paired with an electric motor. It could combine to make about 370 hp, which should be more than the upcoming X5 xDrive40i.

The current BMW X5 xDrive40e iPerformance can also do about 14 miles of electric driving. We expect the new model to do a bit more, though not too much. Being built on BMW’s new CLAR architecture, the new X5 should be considerably lighter, stiffer and more efficient as it is. Throw in the fact that BMW has been upgrading its battery density and the new X5 xDrive40e could between 20-30 miles of pure electric range. 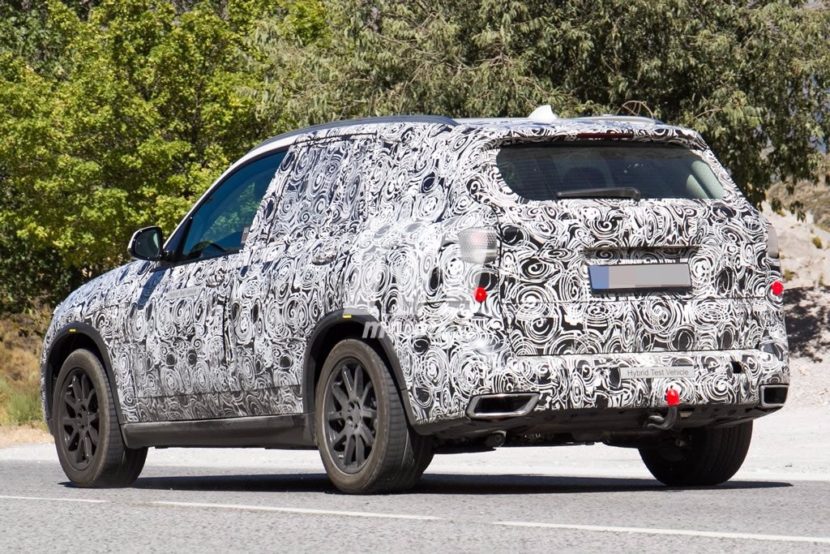 In the photos, it’s hard to really make any details out, as it’s so heavily wrapped in camo. We can spot a bit of a more rounded Hofmeister Kink, which should upset BMW fans. There also seems to be larger, more angular headlights and simply massive Kidney Grilles. Rectangular exhaust tips adorn the rear, though that’s really not too surprising, considering that BMW has been putting them on many of its modern cars.

The current X5 hybrid is a very good car and one that offers all of the same luxury and performance capability of the standard X5 with the added ability to drive purely electrically. So it should be interesting to see what BMW can do to improve upon an already very good car. 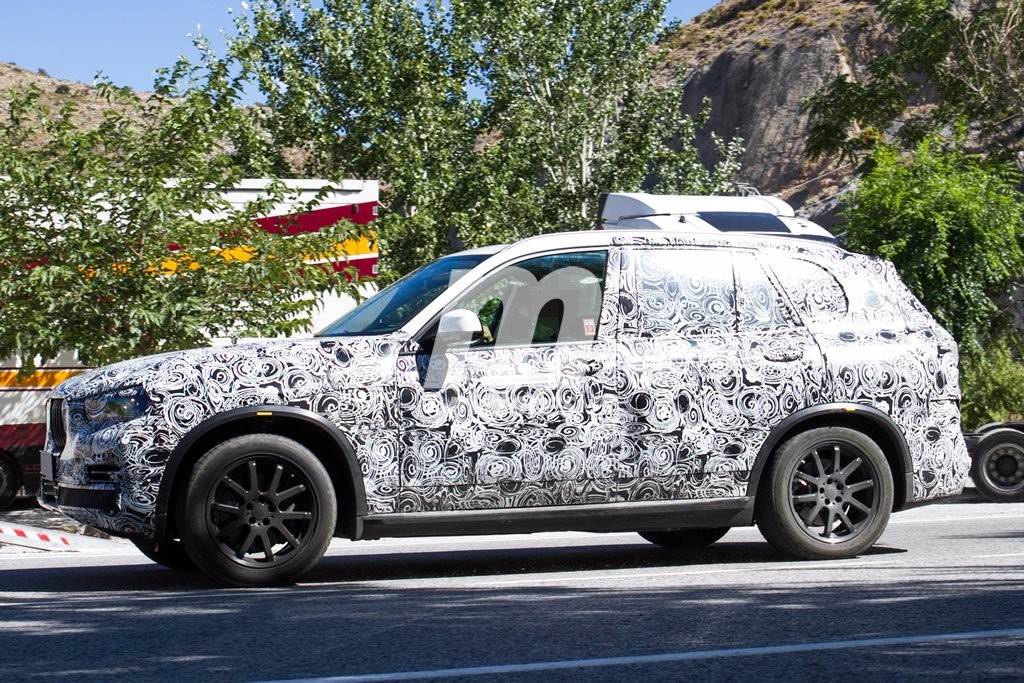 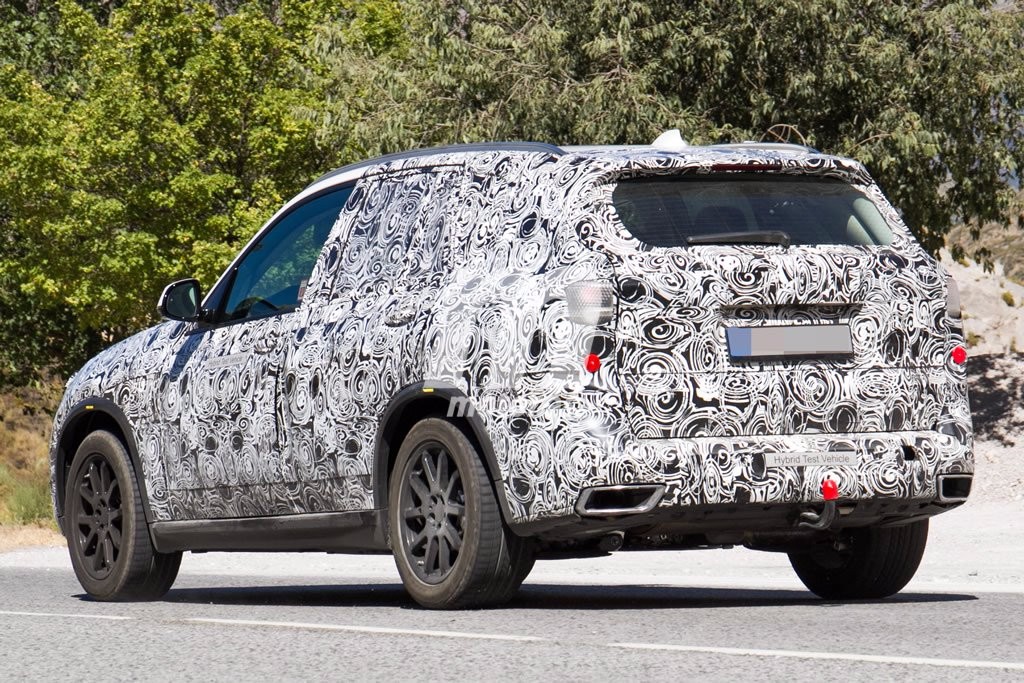 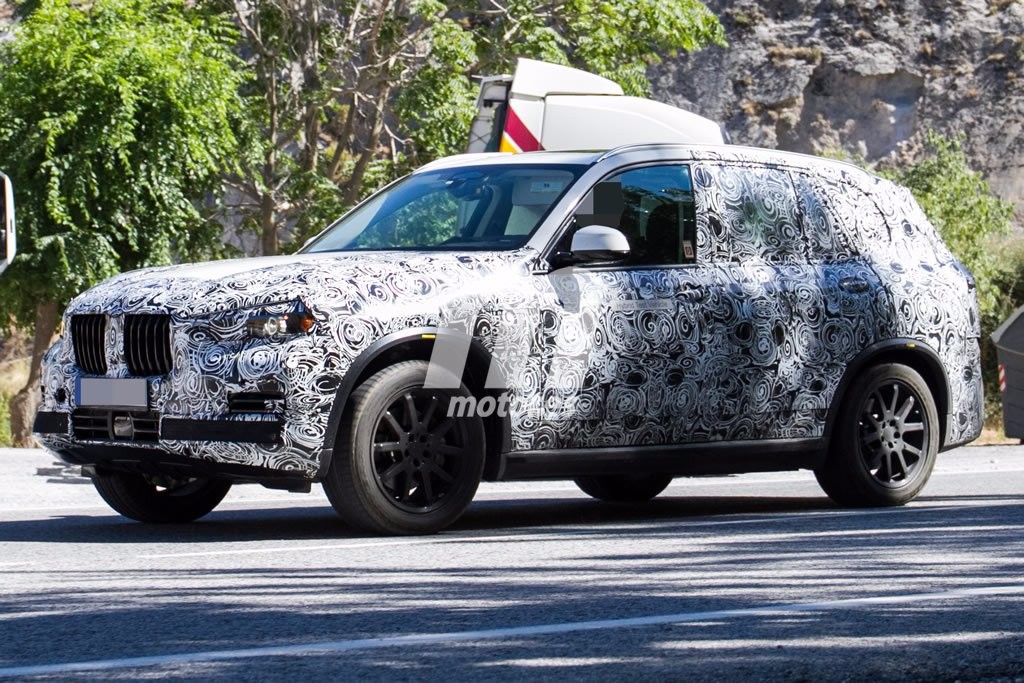