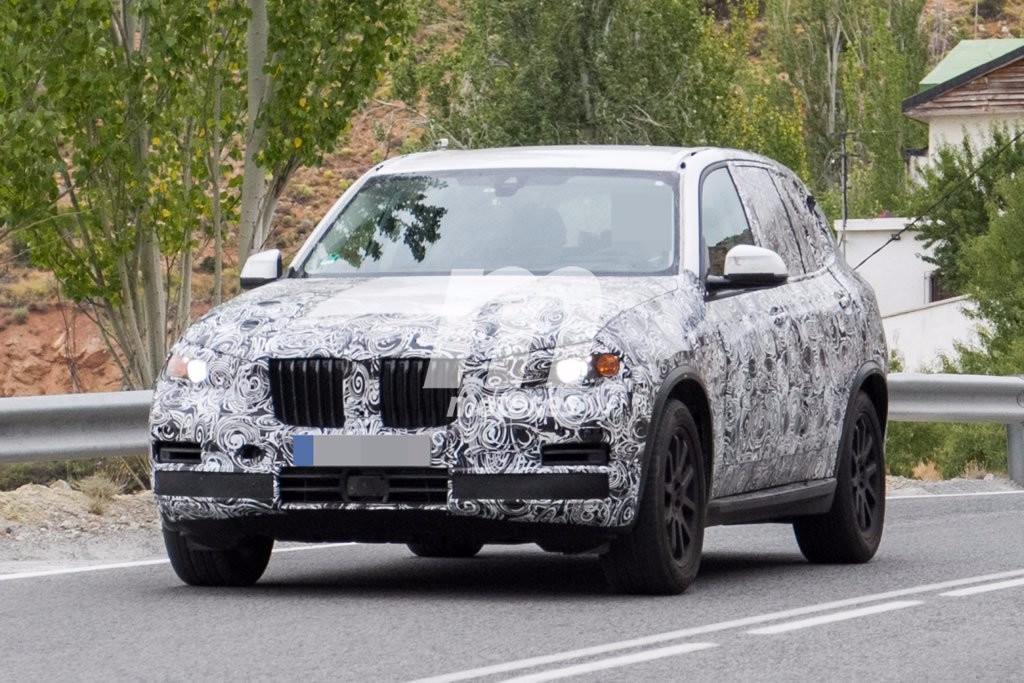 The development program of the fourth generation of the BMW X5 continues its course. On this occasion spy photographers have been able to hunt one of the copies of the new German SUV while doing their tests on the roads of our Spain. The Munich company has moved a large contingent of its test team to the south of the Iberian peninsula with several models, including this version of the new M Performance X5 specifications.

The new G05 generation of the X5 should be introduced during the second half of next year, as a major upgrade of the current F15 generation, including a change of platform. The new X5 will be based on the new CLAR platform, a modular architecture that will considerably reduce the final weight of all models thanks to the use of lightweight materials such as aluminum or CFRP, a compound that will be used for certain elements and reinforcements of the frame. 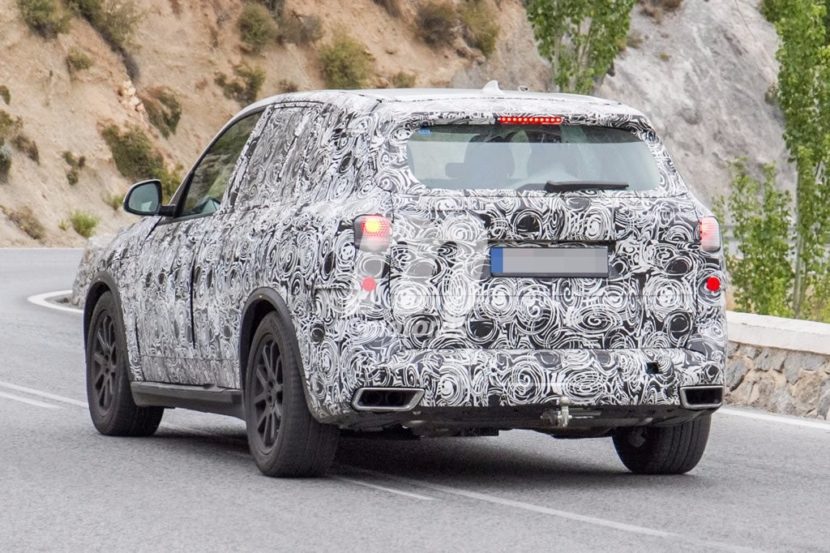 These spy photos are also the first to show an M Performance variant of the future X5. This would be the highest version of the regular range, but would be positioned under the BMW X5 M. This model will likely correspond to one of the most powerful versions, either an X5 M50i or or the M50d diesel. In the case of gasoline, we could find the V8 twin turbo 470 hp and in diesel, the new six-cylinder 3.0-liter inline and four turbos that delivers 400 hp.

At the exterior level, we can see how this test mule has a huge set of wheels and brake discs, in addition to having large, double exhaust tips that end of the bumper. 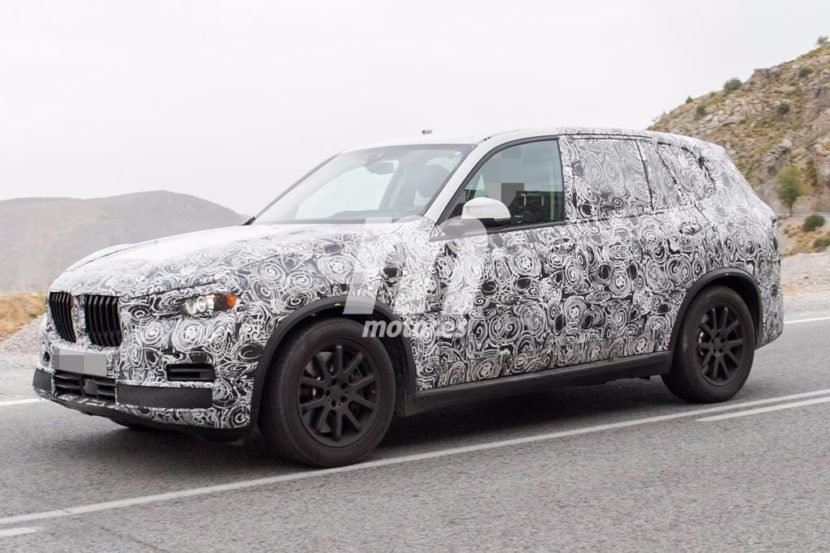 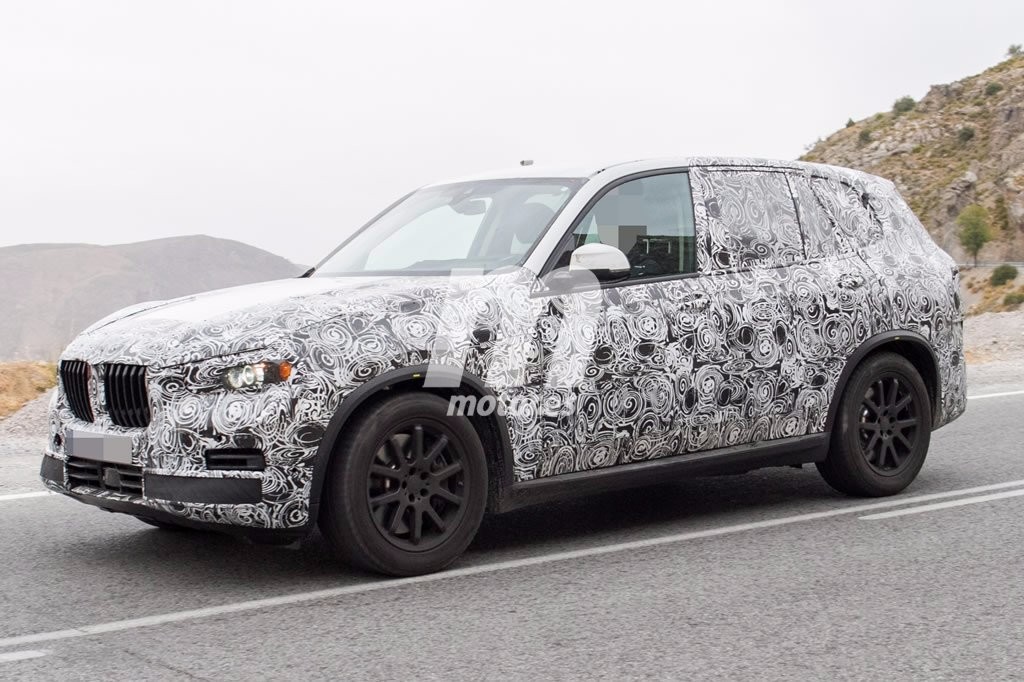 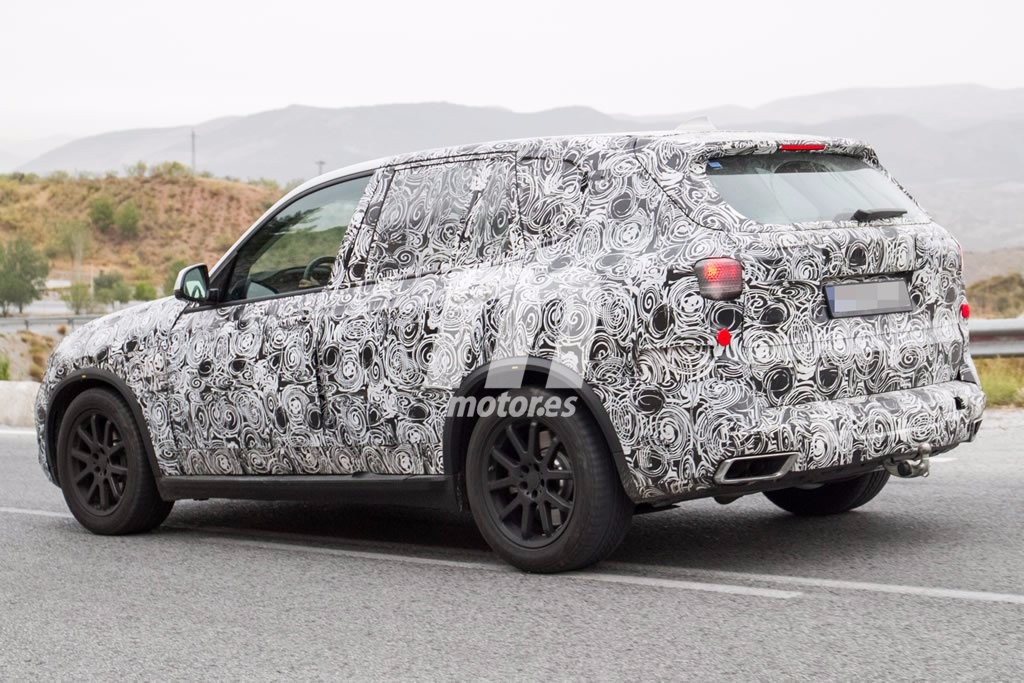 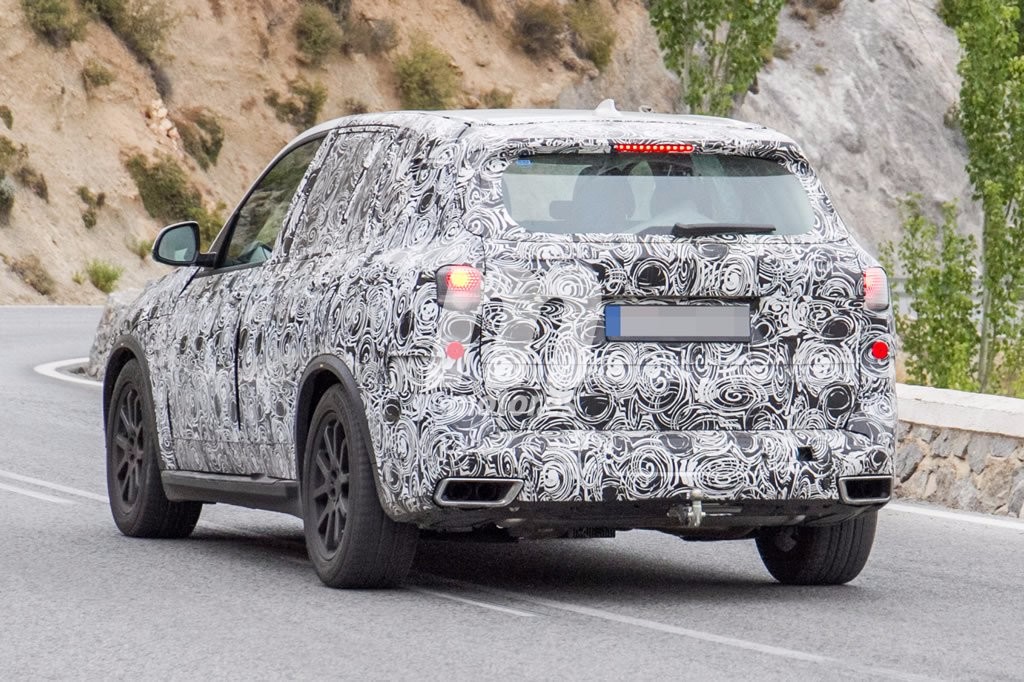