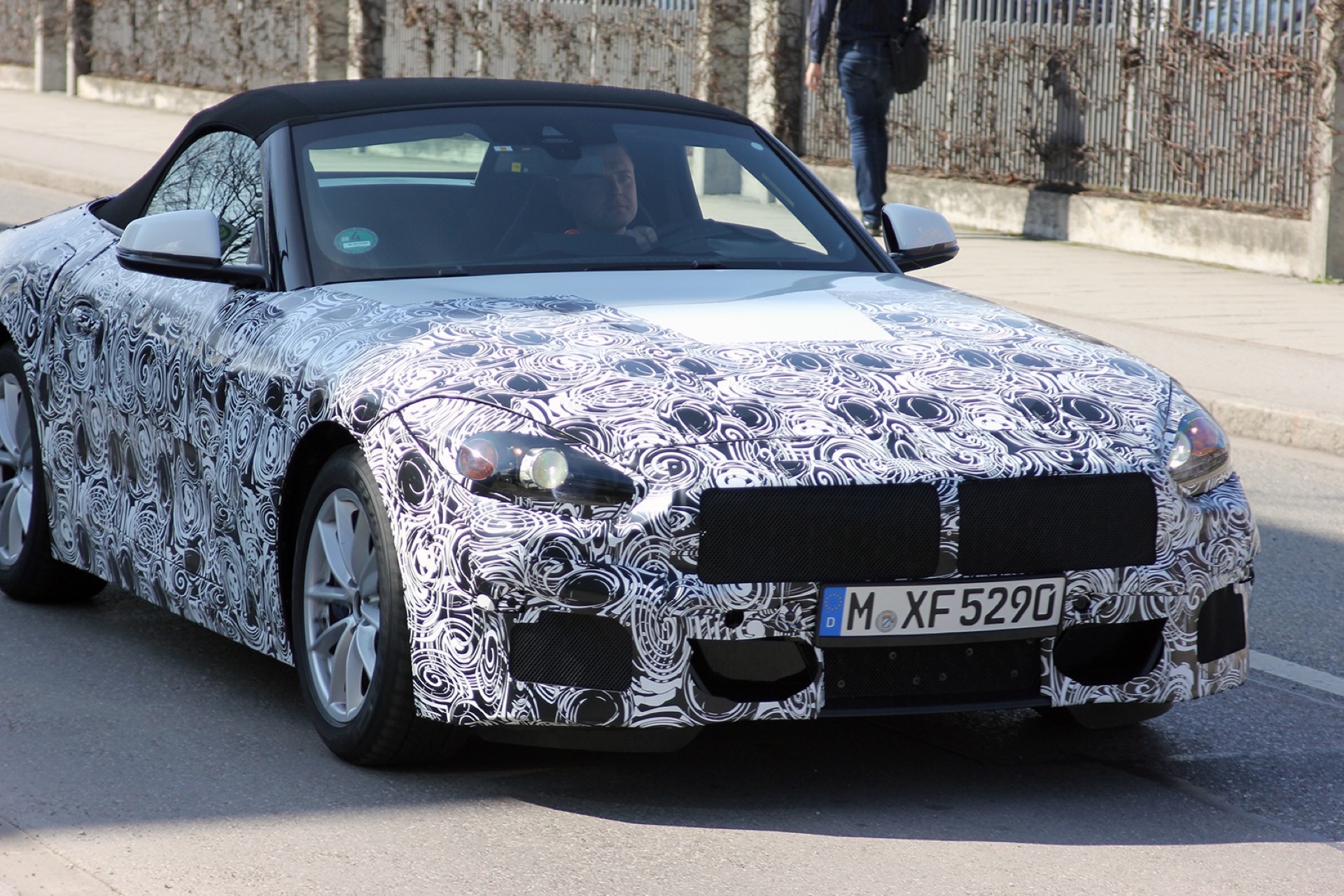 In less than a month, BMW will unveil a concept version of the new generation Z4 Roadster. The world debut is scheduled at Pebble Beach Concourse d’Elegance next month, followed by its auto show unveil in Frankfurt. The video below reveals some of the design details of the new Z4.

While most of the previous test mules have had generic rectangular cutouts for the BMW’s kidney grilles, this one shows the exact shape of the grille. Just as expected, the kidney design is now larger than the current generation, likely drawing inspiration more from the classic 507 roadster of the 1950s. The vents in the front bumper are also quite large, and they’re filled with a plastic mesh with wide openings. In the back, the exhaust system features trapezoidal exhaust, compared to the round pipes in the E89 Z4. This type of exhaust tips might be reserved for the top model of the range. 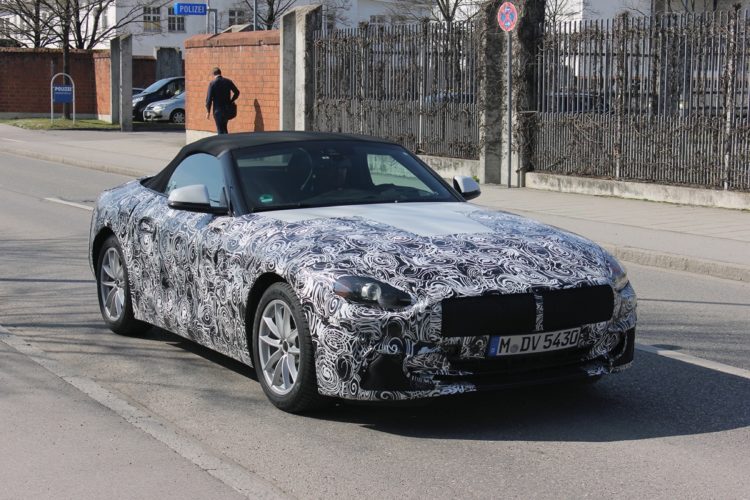 The long hood, really short rear deck and seating position almost over the rear axle all give it classic roadster styling. It also features a soft top which not only does it reduce weight but it lowers the center of gravity, which should increase handling. Being that the old Z4 is still pretty fun to scoot around, this new Z4 should be a blast.

Under the hood we’ll find both 2-liter and 3-liter petrol engines, with power output ranging from around 200 HP for entry level models to around 350 HP for the Z4 M40i M Performance model.