The current BMW 5 Series Touring was unveiled a couple of weeks after the G30 5 Series sedan, but if you’re a fan of the more practical choice in the 5er range and you live in the US, you’re out of luck. That’s because the car’s low popularity on the North American market prompted BMW to hold off from bringing it over, at least for now. However, if we’re to believe the guys from Car Buyer, wagons are making a comeback.

A lot of manufacturers are now offering them, at least in Europe, but is that enough? Today, a family man may choose between the 5 Series Touring, the E-Class T-Modell, the XF Sportback or the Volvo V90, all of them great cars that can easily replace the need for an SUV, unless you plan to go off road, of course. All these cars are direct rivals and come cheaper than their high-riding alternatives and yet, it seems like the whole world is currently fixated on buying crossovers and SUVs by the pack. 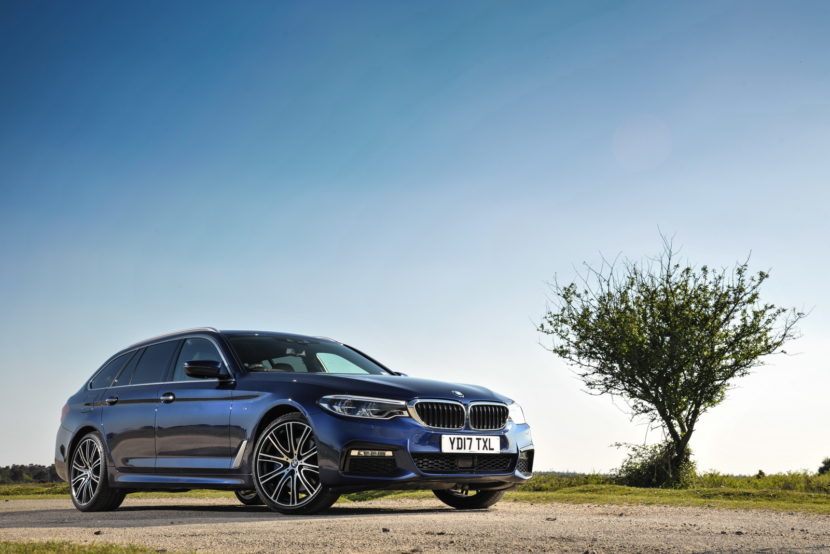 The review posted below points out the pros and cons of the car, showcased here in 520d Touring guise. That means it is fitted with the new generation B47 2-liter 4-cylinder diesel engine that develops 190 PS and 400 Nm (295 lb-ft) of torque. It will reach 100 km/h (62 mph) in under 8 seconds but that’s not the point. The people buying it in Europe will be looking for those great MPG figures usually delivered by these Autobahn cruisers.

Other notable features of the car include the trademark double-opening tailgate as well as the new iDrive 6.0 system that remains the benchmark in the field, at least as far as the guys from Car Buyer are concerned. Too bad we won’t get to see it come to the US in the near future but at least we can learn all about it from videos like this in the meantime.