At the current moment, tuners are loving the BMW M2. Its N55 engine is one of the most tunable engines in BMW’s history and can be easily made to create enormous power. Combine that with its small size and balanced chassis and you have a very good canvas in which to paint your tuning portrait.

In stock guise, the BMW M2 makes 365 hp from its 3.0 liter turbocharged I6 engine (dubbed internally as an N55). However, the folks at PP Performance bumped it up 85 hp, so it now makes 450 hp. That’s a lot in such a small car and about 25 hp more than the standard BMW M4. So this PP Performance BMW M2 should be properly quick.

The extra power was made from an ECU tune, downpipe and new intercooler, which helps keep the engine from heat-soaking, which is common in N55 engines. It also gives it a bit more top-end grunt, where the N55 sort of falls off. 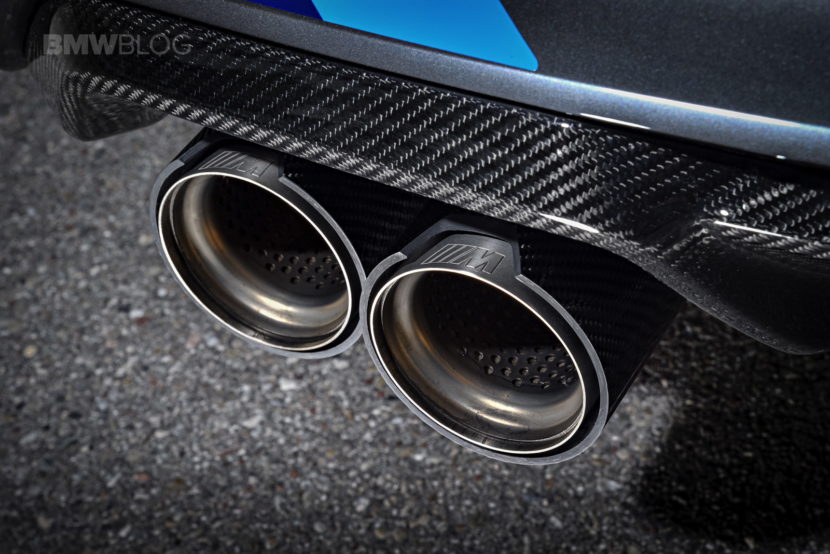 This specific car also gets an FI exhaust, to increase the sound a bit. As it comes out of the box, the M2 isn’t a bad sounding car. It’s actually one of BMW’s better sounding cars. However, it isn’t brilliant sounding and could get better. They even come with cool carbon fiber exhaust tips.

The new exhaust in its quiet setting sounds pretty much like a standard M2 and isn’t too shouty. But when switched to loud mode, it’s very loud. It also makes some crazy pops and bangs, as is common nowadays. But it doesn’t sound bad or even unlike the M2. It just sort of sounds louder and more exciting but in the same manner as the stock car. Which is good.

Check out the video to see what’s it’s like to drive and get a better look at all of PP Performance’s new bits.