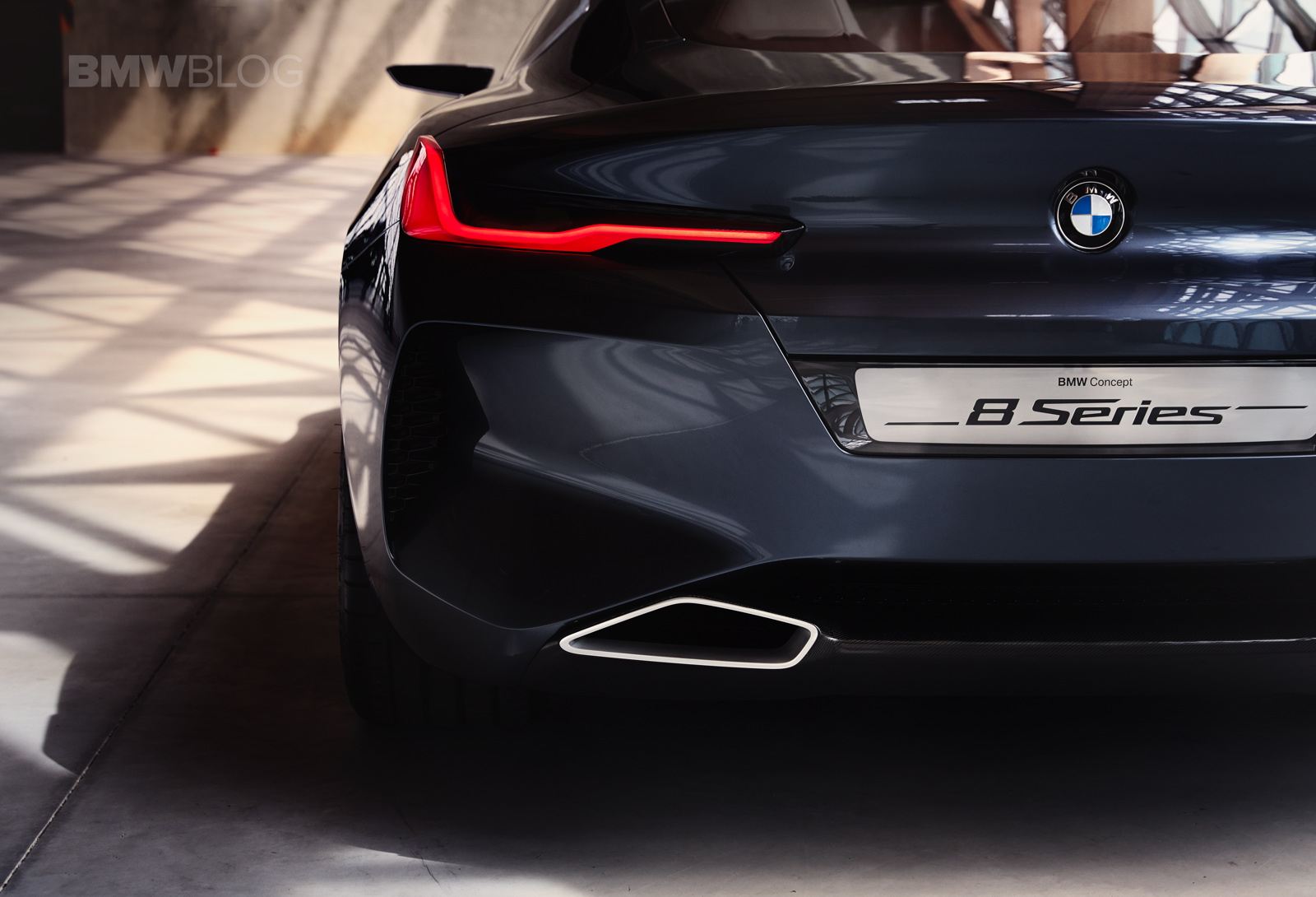 Former head of BMW Interior Design and now in charge of the concept designs in Munich, Marc Girard, goes on camera to talks about the new Concept 8 Series. Girard does a great job highlighting the most important design cues of the new concept car, both inside and outside the cabin.

The new 8 Series Concept features lines that flow like water over its Barcelona Gray Liquid body. Creases along the hood and large side air intakes give the concept a fluid look. Bold arches framing 21-inch alloy wheels hint at the car’s rear-wheel-drive athleticism. 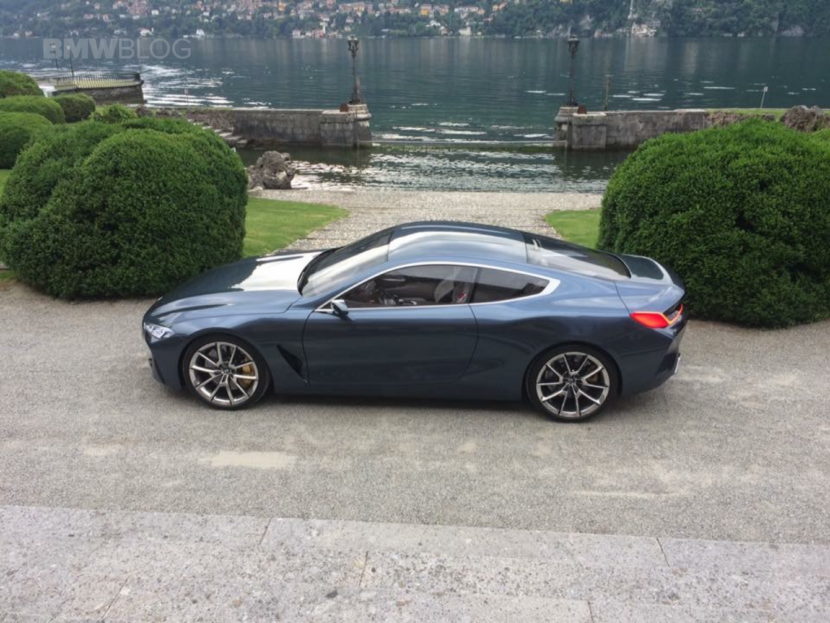 At the front, we can see that the kidney grilles are actually made of one grille surround, which is a BMW first. At the rear end, we get a close look at the taillights, which have some genuinely interesting geometry to them, as they stick out and create interesting shapes.

Inside the cabin, look for sport seats with a carbon-fiber shell, red-anodized paddle shifters, and aluminum accents. The iDrive controller is new and also made from Swarovski glass, and Girard says it’s a preview of the infotainment system which will arrive to other models in 2018.

As always, Girard does a great job describing his creations, making this video quite interesting.