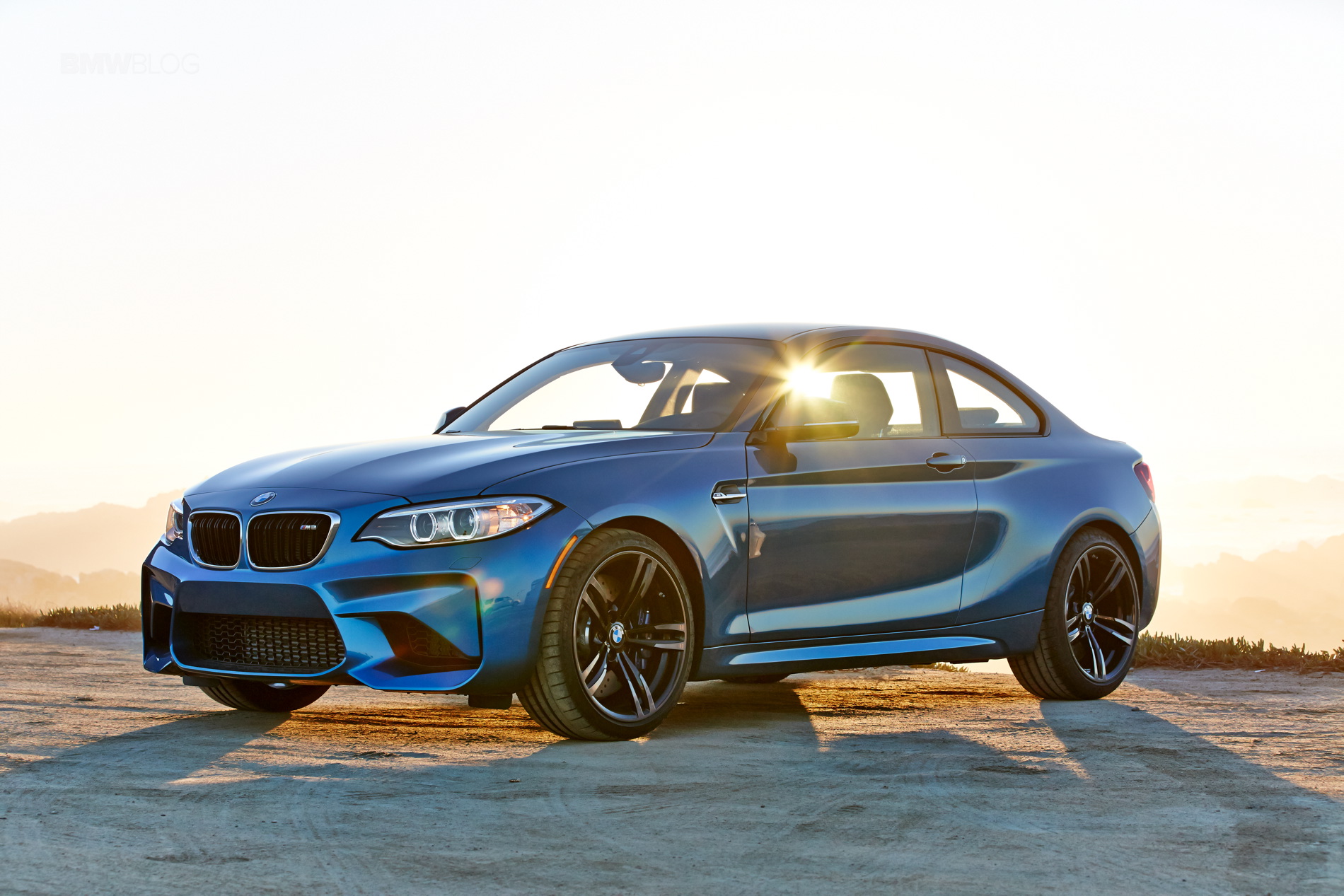 Drivetribe has been posting a series of videos pitting the BMW M2, Audi TT RS and Porsche 718 Cayman S together in a variety of different tests. First there was just a spec-sheet test, with all three cars getting weighed and hitting the dyno. Sort of like a weigh-in for a boxing match. Then, all three cars took to the drag strip to see which was fastest in a straight line. Now, they get to the actual race track to see which can set the fastest lap time.

At the weigh-in, we learned that the Audi TT RS had the best power-to-weight ratio of the bunch while also being outright the most powerful. In a straight line, that power proved useful, as the TT RS crushed the M2 and Cayman in a drag race. But how can the front-drive-based all-wheel drive TT RS compare against mid-engine rear-wheel drive Cayman or front-engine rear-wheel drive on a circuit?

First up is the Audi TT RS. It actually sets a pretty good lap time thanks to its immense power. It lapped Anglesey Circuit in 1:40.68. Afterward, though, Jethro Bovington claimed it to be “pretty horrendous” on the track. It just understeered too much and wasn’t adjustable until it’s going too fast for you to want it to be. It also didn’t have as much grip as you’d think. That’s the downside of a Haldex-based all-wheel drive system. But he did love the engine, which is a masterclass in small turbocharged engines. Plus, it sounds like fire and brimstone, which is cool.

Next was the Porsche. First thing you notice is the engine and exhaust notes, or lack thereof. Porsche’s new turbocharged flat-four engine sounds like a Subaru boxer engine and may be the least charismatic engine of any Porsche ever. Bovington wasn’t a fan either. But it’s quick, putting down a lap time of 1:39.03. Thank it’s impeccable chassis balance and steering. Though, he didn’t much like the rear diff, which seemed reluctant to lock up.

Finally, it was the turn of the BMW M2. With more power than the Porsche and better handling than the Audi, you’d expect it to do well. Though, it actually turned out the slowest time of 1:40.68. You could tell that it gets a bit too squirly on corner exit sometimes, as it wants to smoke its rear tires. After the lap, Bovington immediately complains about the brakes, which started to fade on the warm-up lap. It’s true that the M2’s brakes are pretty standard BMW kit and nothing fancy. Though, he did say it was very adjustable and very playful, allowing for the rear to be steered with the throttle and that it was very fun to drive.

But this test was all about lap times. Which car was the fastest. Well, that would be the Porsche 718 Cayman S, with the Audi TT RS right behind it and the BMW M2 in last place. In the next video, they will test how each car is to actually drive around the track, their characteristics and which is the most enjoyable. Until next time.