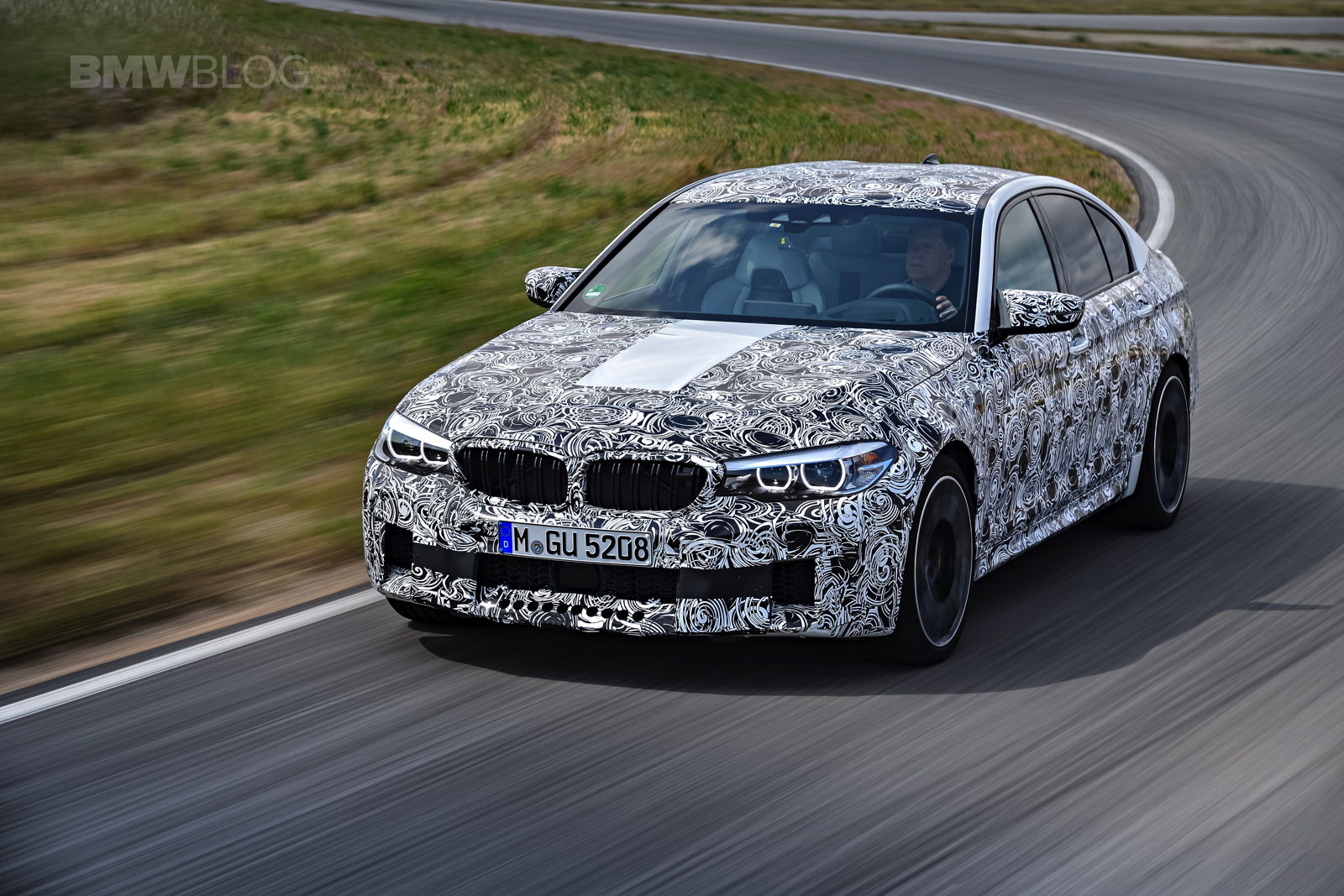 At the moment, the automotive section of the interwebs is abuzz with talk about the upcoming BMW F90 M5. Many facts and informations have recently dropped about the new M5 and we’re all reading everyone’s opinion on whether or not the new M5 is a faithful addition to the famous nameplate. With all-wheel drive and a torque-converter automatic transmission, the F90 might be the most blasphemous M5 ever made. However, when it comes to actually driving it, how it feels and how it responds, how does the new F90 M5 stack up against one of its predecessors, the E34-generation M5?

Motor Trend recently pulled their original review of the E34 M5 from way back in 1991. It’s interesting because, reading the original E34 review, it sounds further from a proper M can than the new one. We all sort of have it in our minds that M5s are only proper motorsport-bred cars with four doors. The E34 doesn’t sound much like that, if we’re honest. The suspension was genuinely supple and comfortable, the clutch didn’t have an easy engagement, its exhaust note was extremely muffled and it understeered more than anything. Does that sound like a genuine M car to you?

Granted, the original E34 M5 had far more communicative steering, a wonderfully smooth and sonorous 3.8 liter I6 engine and some pretty good performance for its day. With a 0-60 mph time of 6.4 seconds, the E34 M5 was considered sports car-quick back in 1991. It steering had far more feel than modern cars, as well, with the adhesion of the front tires being directly communicated back to the driver. But, still, it sounds more like a quick luxury sedan, rather than a proper motorsport-derived monster.

By comparison, the BMW F90 M5 seems like it was created solely for destroying race tracks. It’s not even just the modern power compared to the power figures of 1991. The new M5 is exciting, dynamic and was born to rip tires to bits. While its steering isn’t the most communicative as the old car, it’s quicker, sharper and more accurate, so we hear. While the new M5 is all-wheel drive, which sounds sacrilegious to M fans, it can be rear-wheel drive only at the push of a button and do some properly smokey drifts. And if you want to complain about the slightly artificial exhaust note, is it better or worse than the muted one of the E34 M5.

We’re not saying that the F90 M5 will absolutely live up to its predecessors and be the rip-snorting M car we remember them being. What we’re saying is that maybe they weren’t always as good as we remember. Will the F90 M5 be as sharp, as tactile or as enjoyable as the E39 or E28 gereration M5s? Probably not, but it’s far from the worst and its new developments, such as the automatic gearbox and all-wheel drive, won’t hinder its experience.