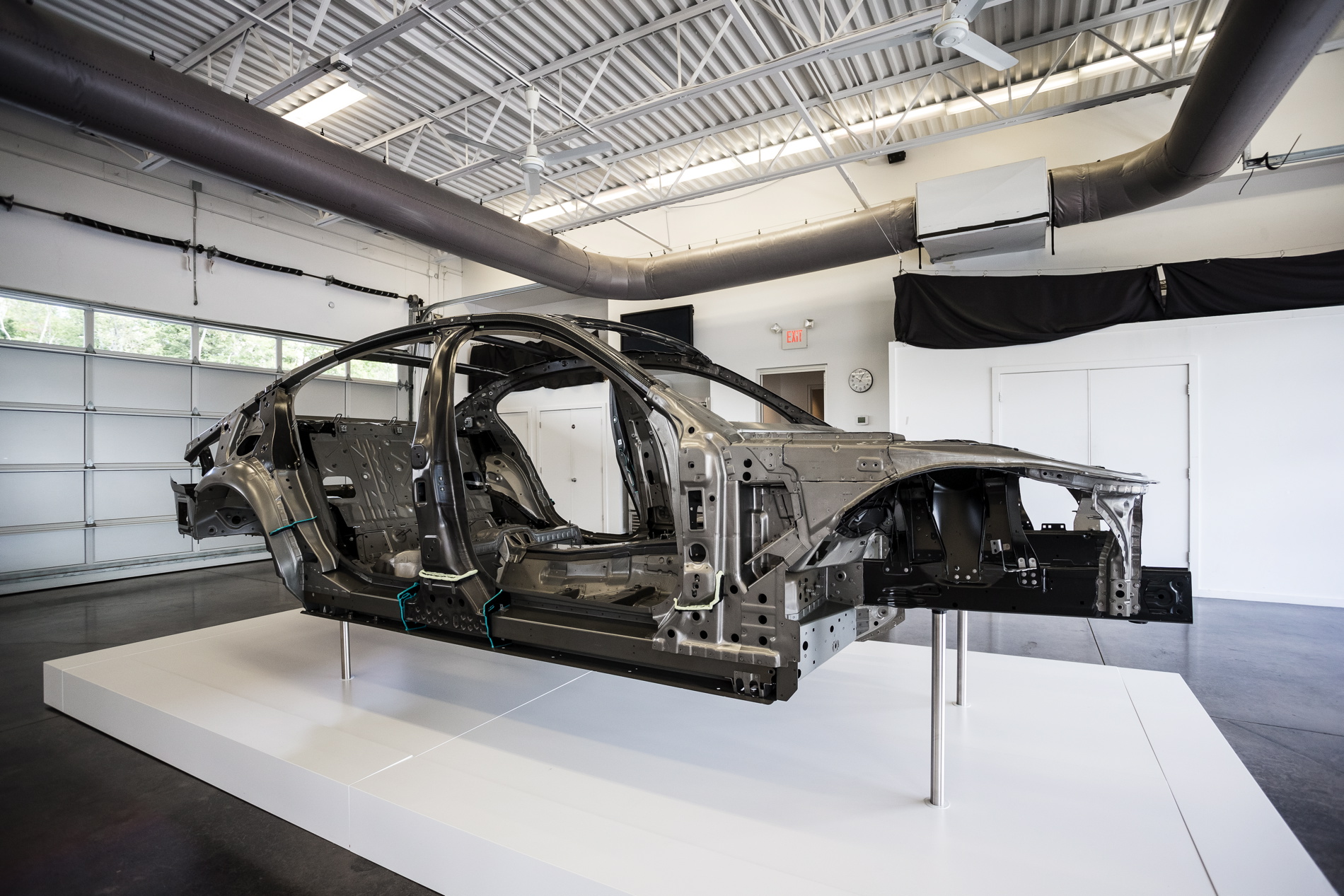 For some time now, Audi has been going on and on about how its next-generation A8 will be the most technologically-advanced car in its class. These claims are made at its supposed advanced autonomous driving technologies. However, Audi fails to often mention the advanced lightweight tech lying under the skin. The next-gen Audi A8 will feature the most advanced lightweight chassis technology of any four-ringed car thus far.

The next-gen Audi A8 will sit on what the brand calls its Audi Space Frame (ASF), this being the newest version of it. This new chassis will be comprised of mainly four different materials: high-strength steel, aluminum, magnesium and carbon fiber. While most of the car will be made of different alloys, carbon fiber will be used to strengthen certain areas while keeping weight down, such as in the pillars and the rear panel of the vehicle. The carbon fiber used in the new A8 chassis will be made up of between six and 19 fiber layers are placed one on top of the other, to insure strength and stiffness. The B-pillar has also become drastically thinner, thanks to the addition of carbon fiber, which makes ingress and egress easier while retaining roll-over strength.

There will also be a magnesium strut brace to keep weight down and rigidity up. Laser welding will also be used to bond the alloy parts together, which is far more accurate and also more efficient, using less energy. All in all, Audi claims torsional rigidity will be up 33 percent.

This chassis technology and usage is very similar to the setup developed for the new 7 Series BMW. Audi’s Bavarian neighbor calls it “Carbon Core” and we spoke about this designs benefits and how Audi would incorporate its lessons awhile back. So it’s no surprise to us that Audi is moving in this direction.

After all of this weight saving effort, the upcoming Audi A8’s chassis is about 28 percent lighter than the previous car’s. Which is more impressive than it may sound at first. To compete in the ever growing luxury hybrid market, Audi must develop the next-gen A8 to be able to accommodate lithium-ion batteries and electric motors from the beginning. With these batteries in the car, Audi must also develop certain crash structures around them. Thanks to this, modern cars need to be significantly heavier than before. So the fact that, even after all of that, this new chassis is almost 30 percent lighter is impressive.

So not only will the next Audi A8 be the most technologically-advanced Audi ever made, but that technology won’t just be skin-deep.