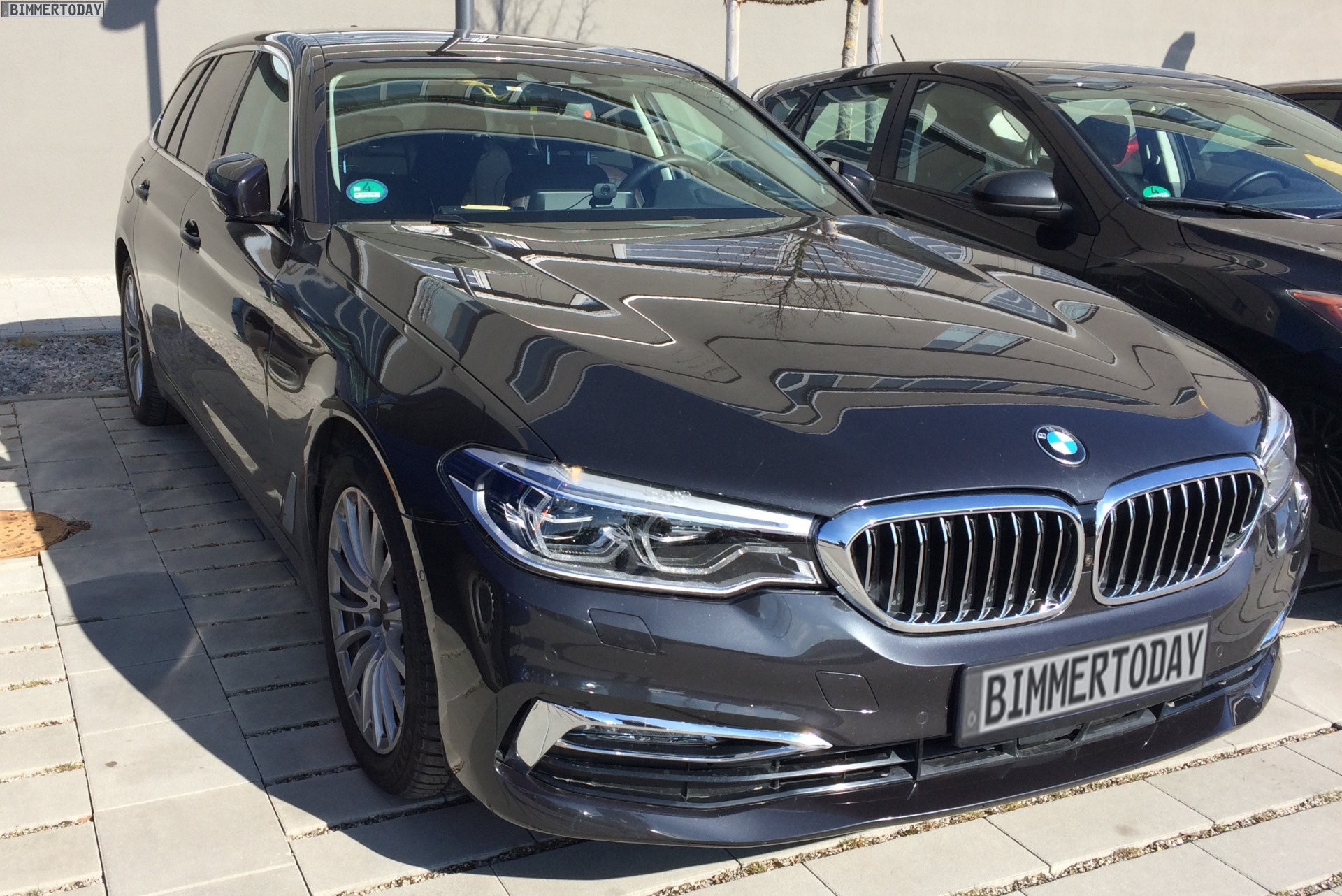 Next week, BMW will unveil the new G31 5 Series Touring. But ahead of the world debut, a Bimmertoday’s reader has caught the new BMW 5 Series Touring uncoated near Munich. The upper-class sports wagon is decorated with a tiny stripe of camouflage, yet not enough to hide the final design and the Luxury trim.

Due to the lack of the model lettering, it is impossible to say which engine is under the bonnet of this G31 5 Series Touring since even the entry-level 520d with four-cylinder diesel carries a tailpipe on the left and right side in the seventh generation, optics, which were reserved only a few years ago for significantly stronger models. The 540i and 530d models also have the same tailpipe design; the 540i with its trapezoidal tailpipes is the only model with that type of design. 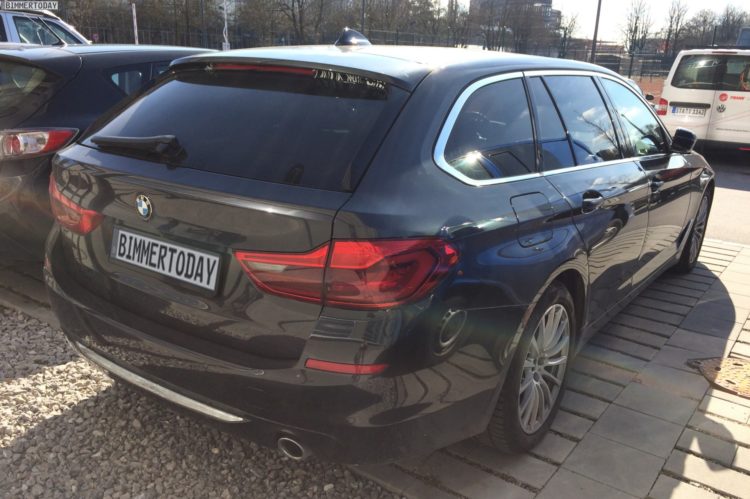 Compared to its predecessor, the BMW G31 5 Series Touring is exactly 36 millimeters longer, 8 millimeters wider and 10 millimeters higher. Nevertheless, the weight was reduced by up to 100 kilograms depending on the engine, which is why the 5 Series is much closer to the smaller 3 Series Touring – between the 530i Touring and 330i Touring are only 75 kilograms, although the G31 5er has more extensive series equipment onboard.

Thanks to its larger dimensions, the 2017 BMW 5 Series Touring also offers an even larger and even more versatile luggage compartment compartment. The space in the luggage compartment grows to 570 liters (+10), with the rear seat back, the 5er Touring will offer 1,700 liters of trunk volume (+30). Even more is the progress on the load, because the maximum load is 720 to 730 kilograms, up to 120 kilograms higher than its predecessor. 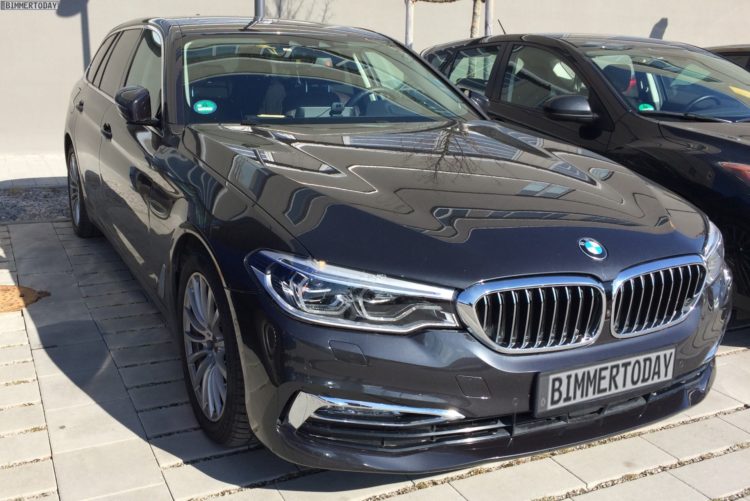