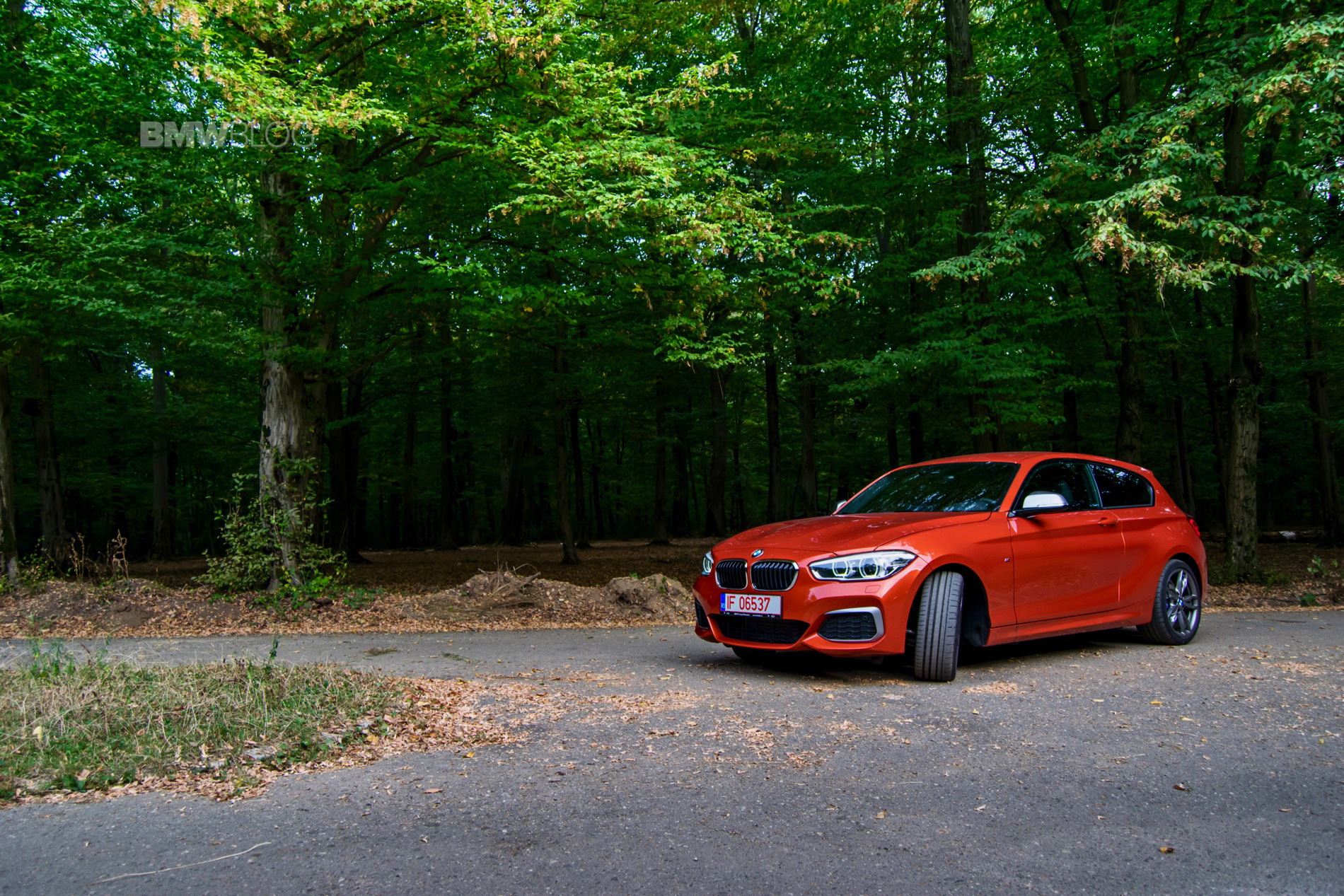 Ever since the Ford Focus RS made its debut, it’s been compared to several BMWs. Mainly, it’s been compared to the BMW M2, for their similar performance and price. However, this time the Bimmer it goes up against is the M140i hatchback. Those two also have to do battle with the hot hatch from Japan, the Honda Civic Type R in Car Throttle’s three-way test.

Each car is uniquely different and has its own list of strengths and weaknesses. So which car is the best hot hatch of the three? Car Throttle finds out on track and in a drag race.

On track, each car was given four timed laps and they picked the best lap to represent each car. The BMW M140i was the slowest car around the track of the three but that was largely because of its lack of traction. In the typical rainy British weather, the M140i slides around far too much to be quick around the track. The Honda Civic Type R was faster around the track, as it was a little bit easier to drive quickly in the wet, as it’s front-wheel drive. However, it wasn’t significantly faster and still left some room for the Ford Focus RS. The Ford handily beat both other cars in the wet, thanks to its all-wheel drive system. It was also the only car to break the 38 second barrier.

Following the circuit race, Car Throttle put the three up against each other in a drag race. First up was the BMW M140i vs the Honda Civic Type R. Given two runs, the BMW won both by a pretty good margin. While its launch was tricky to get right in the wet, the Bimmer’s six-cylinder torque helps it pull away from the Civic pretty handily. So the BMW moves on to race the Focus RS. Thanks to the Ford’s all-wheel drive traction, it beats the BMW quite easily in both runs.

So each car is fun and exciting in its own way. However, it’s clear that the Ford Focus RS is the more well-rounded car to own everyday, as its all-wheel drive traction allows it to be more usable in bad weather. But the BMW M140i looks like a ton of slidey fun.