Anyone who drives through Munich these days with their eyes open can be lucky enough to catch some test mules, like this 2019 BMW 8 Series Cabrio. The successor to the open 6 Series is already turning around with a strong camouflage, and even if many details still hide under the typical camouflage vinyl, a certain detail can not be concealed – the luxury convertible will not only have impressive dimensions and an impressive silhouette, but also a classic fabric roof.

The latter is, however, no surprise to our readers, since the departure of the Munich-based metal folding roof, will be seen on other models as well. 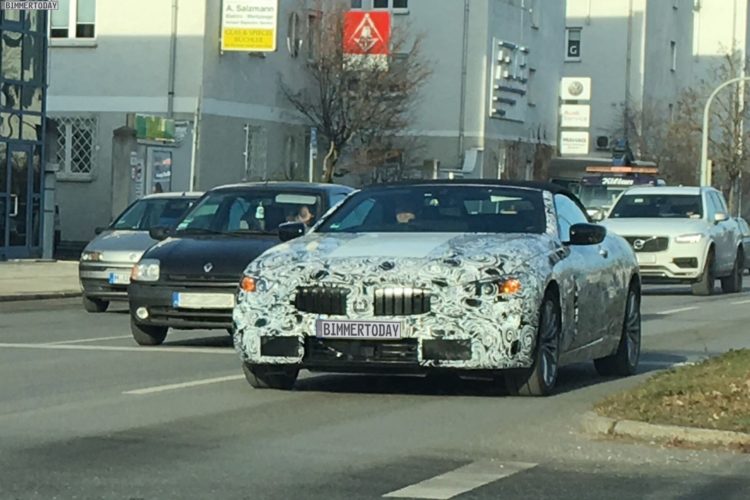 The dimensions of the BMW 8 Series Convertible will be slightly higher when compared to the newly revised 6 Series, so a big jump is not to be expected. This means that even the open 8 Series will remain just under a total length of five meters, yet it will be one of the largest and most exclusive convertibles on the market. In contrast, its counterpart from Stuttgart measures over five meters. On other levels, the BMW 8 Series Convertible should not be out of the way for the rival from Stuttgart, however, the two premium convertibles of the German premium elite will face numerous comparative tests.

The two-door flagship 8 Series coupe is scheduled to arrive in late 2018, followed by a convertible model a year later.