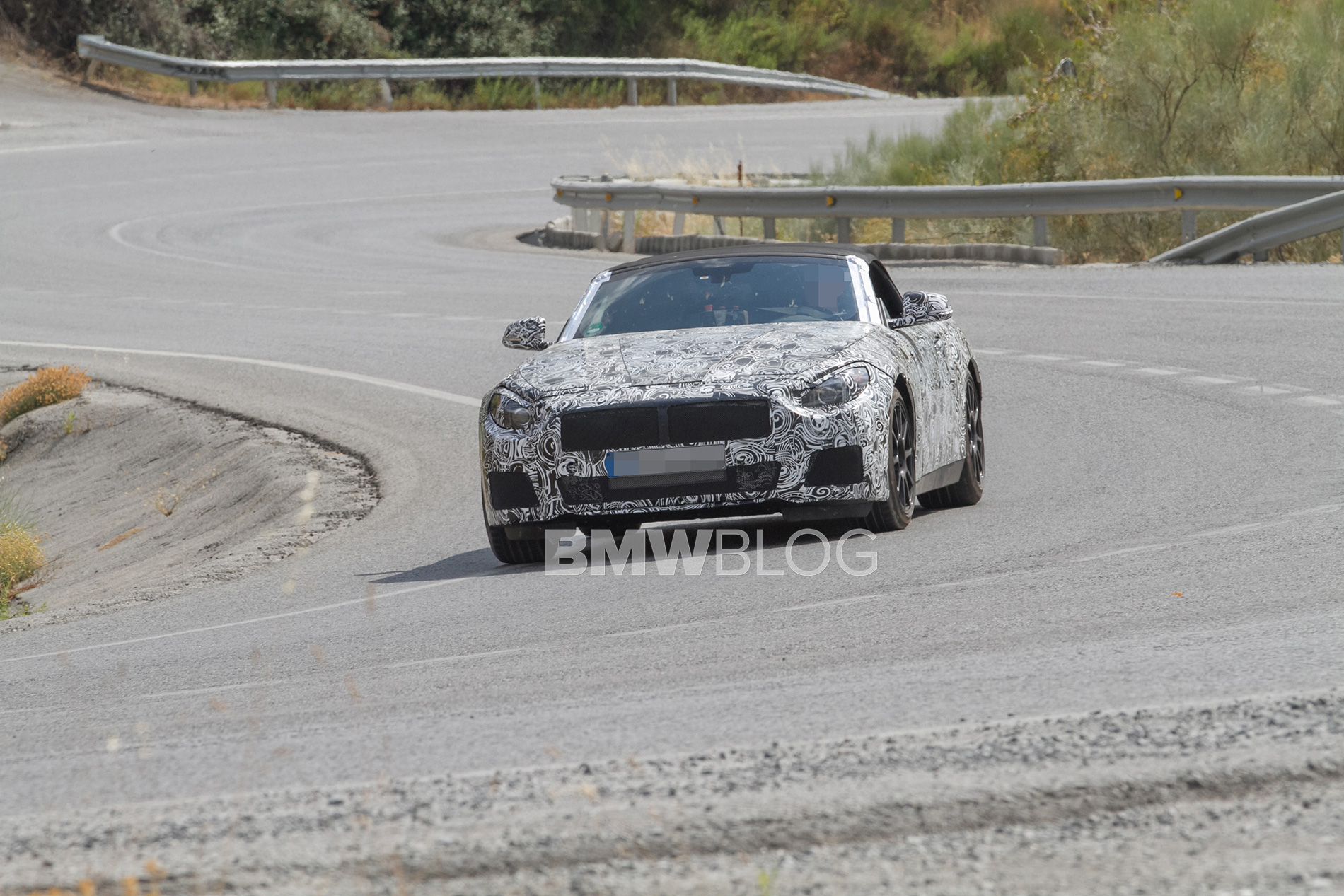 We’ve once again come across some spy photos of the upcoming BMW Z4. The upcoming G29-generation BMW Z4 will replace the current, and aging, E89-generation next year. The G29 BMW Z4 will be built alongside the upcoming Toyota Supra, as it’s part of the joint sports car venture between the Bavarian and Japanese brands. There’s quite a lot of hype about this car and these new spy photos should only help with that.

While we’ve only previously seen the new Z4 testing in the snow, we now see it driving through some of Spain’s twisty roads. However, we still don’t get much of the actual car to look at, as it’s still heavily wrapped in camo. Although, we can make out some of the basics and it’s looking promising. 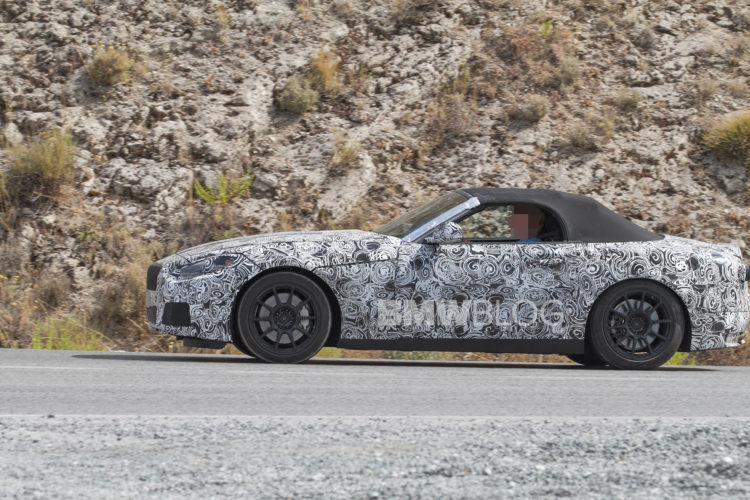 The new headlights seem to squint a bit more and seem a bit more aggressive. Out back, we can’t really make out the new taillights, though, as they’re heavily camouflaged. But what do notice is how BMW has kept the classic roadster proportions in tact. That was one of the things we loved about the current E89 Z4, the fact that it felt like an old school roadster and not some high-tech sports car. While this new Z4 does look like it’s going to be a bit longer than before, it still has the long hood and short rear deck. Though, the driver isn’t sitting quite as far back as in the E89-gen, which felt almost as if you were sitting on the rear axle. But it should still feel like a proper roadster.

Out back, we do see dual exhaust pipes, one at either side of the car. This tells us that this is likely the BMW Z4 M40i variant, using the new B58 turbocharged 3.0 liter I6 engine. Most four-cylinder BMWs, a Z4 sDrive30i in this case, have two exhaust pipes side-by-side on the left side of the rear. 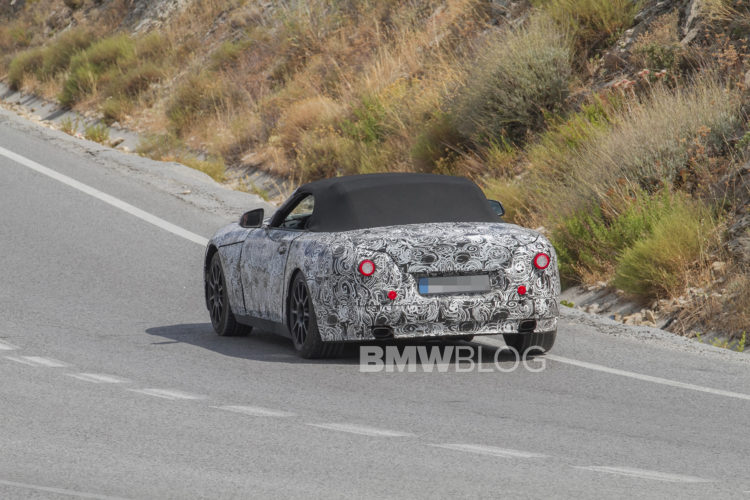 We’re very excited about the new BMW Z4, as we feel that the joint venture between BMW and Toyota will produce some excellent cars. Plus, with all of BMW’s new engine and chassis technology, it should be lighter, faster and sharper than ever before. We can see that it retains the proper roadster proportions as well, impressive considering it’s built along side a completely different car. This makes the prospect of the next-gen BMW Z4 very exciting and we can’t wait to see it in the flesh. 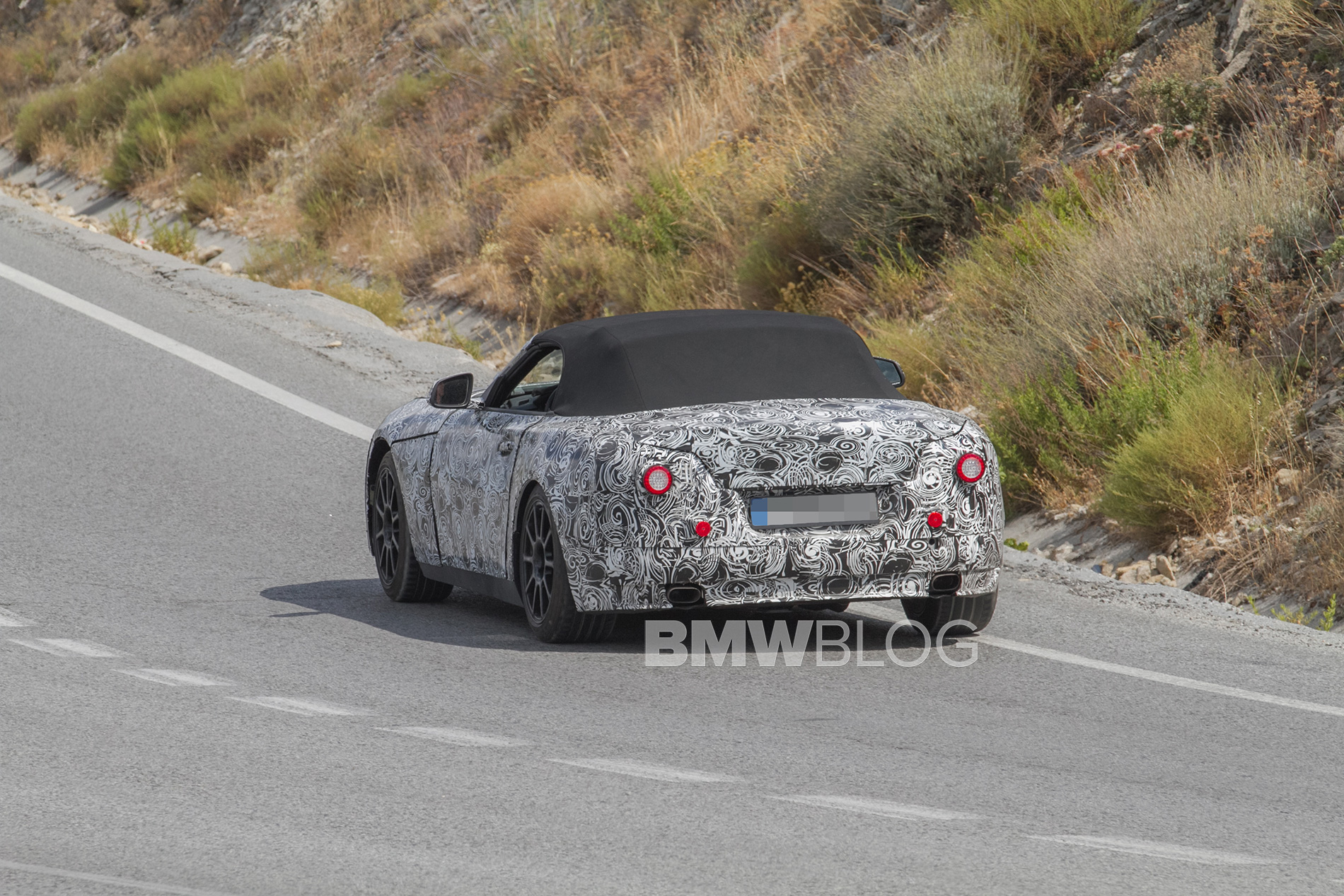 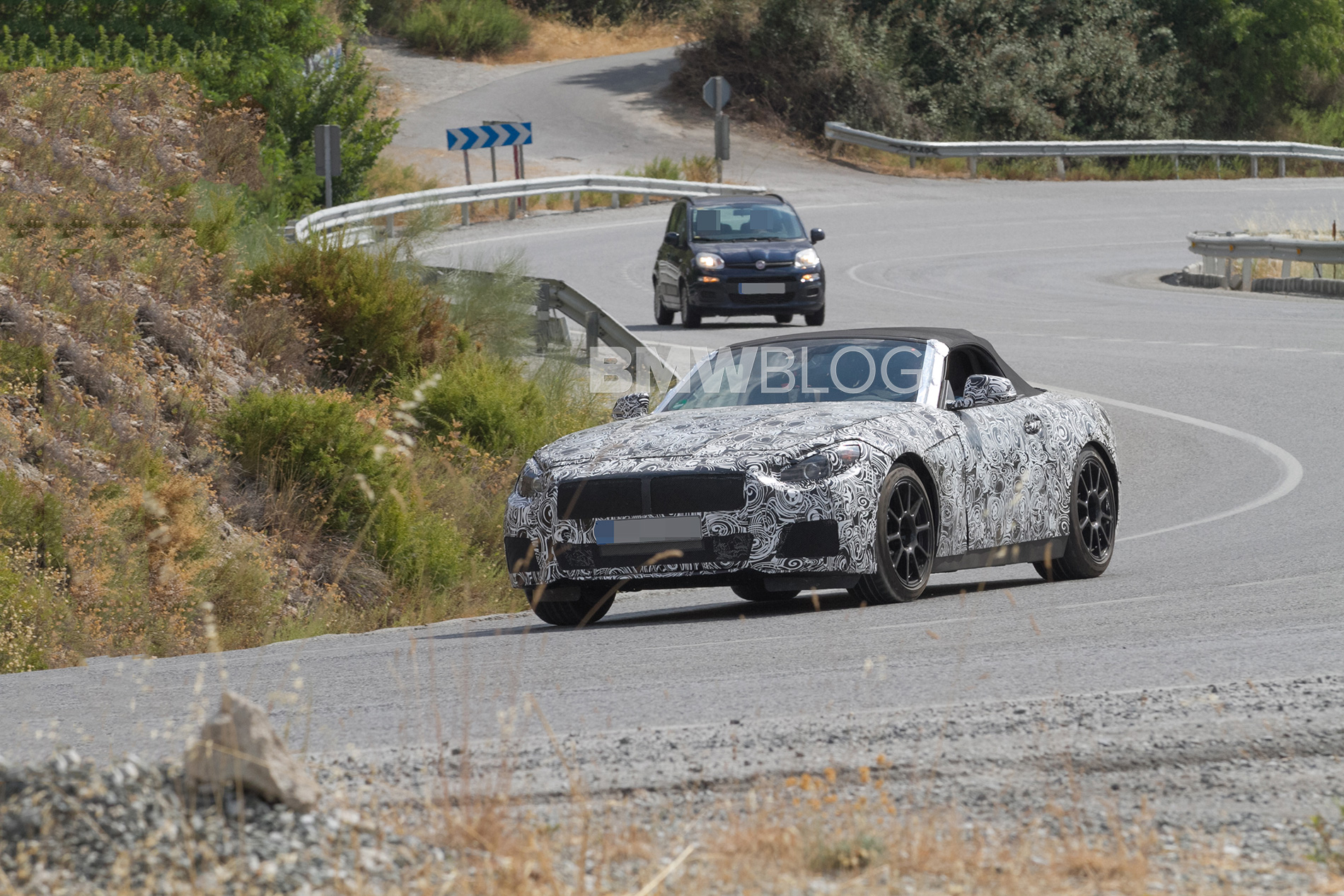 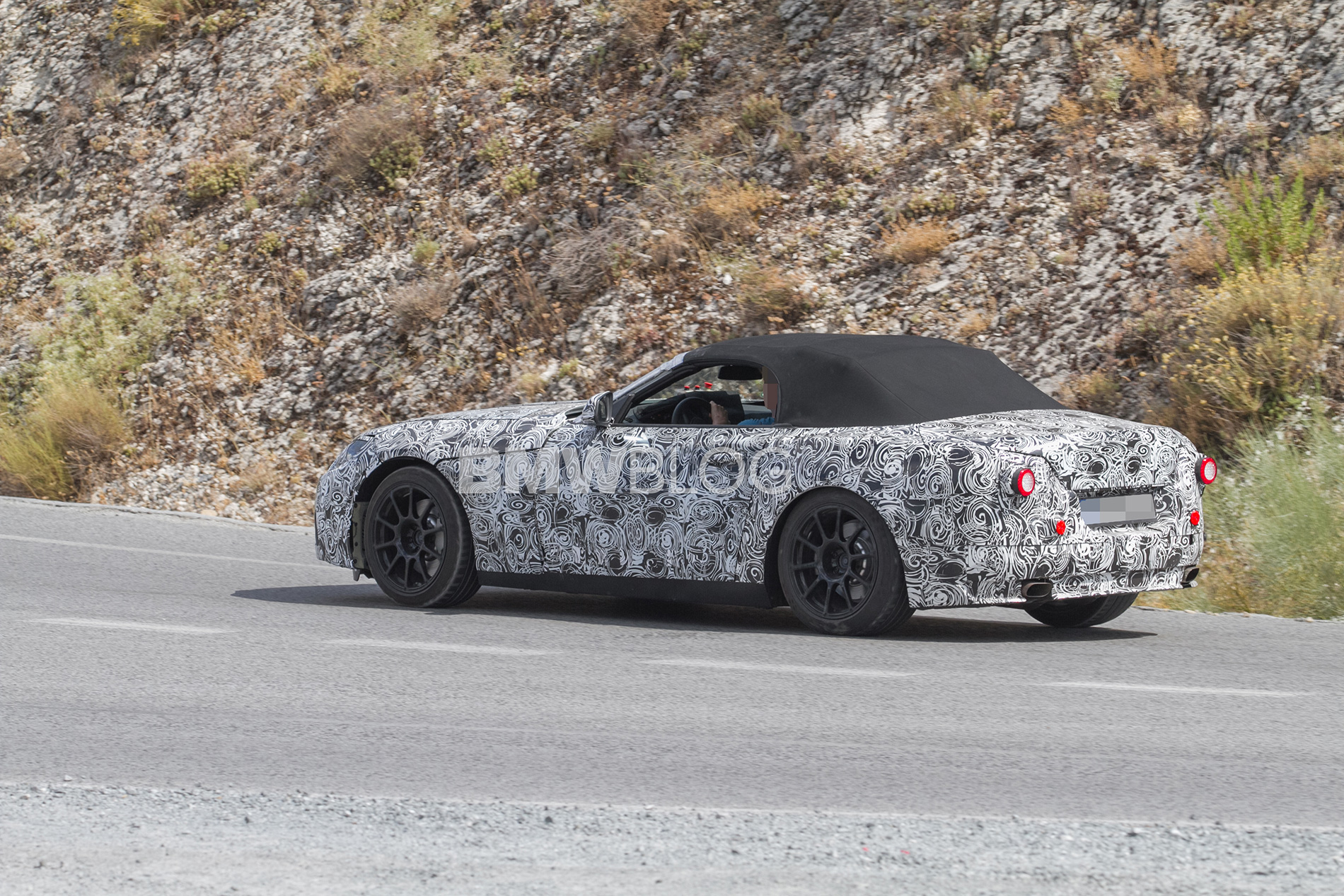