If you’re to take a look at the pure specs of cars like the BMW M3 and its arch rival, the Mercedes-AMG C63, things don’t look good for BMW. That’s because Mercedes is focused more on power rather than agility and we know that’s not everything when it comes to performance cars. However, if you’re more interested in horsepower wars, you need to know that there are solutions out there, one of them coming from AC Schnitzer in the form of the ACS3 Sport.

That’s their name for the tuning program for the BMW F80 M3. Even though compared to its rival from Affalterbach, the M3 uses a 3-liter engine instead of a 4-liter, the guys from AC Schnitzer managed to get 510 HP out of it, the same as the C63 S. Of course, torque figures are still in favor of the Mercedes, as there really is no replacement for displacement when it comes to twist. Even so, the tuned M3 still has more than enough grunt for drivers at 645 Nm (476 lb-ft) of torque. 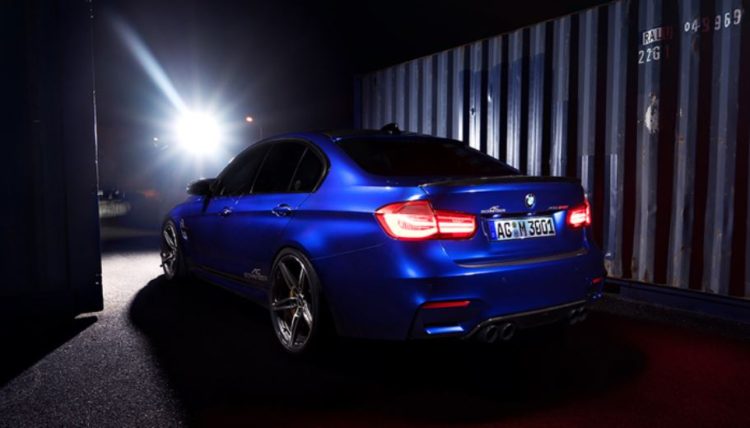 The car in the video below was spotted at a cars and coffee event in Dusseldorf and came straight from the AC Schnitzer headquarters. It was fitted with everything the German tuner has to offer, from the engine kit to the aerodynamics on the outside. You can easily spot all the carbon fiber bits both up front, on the bumper and round the back. The wheels were also changed while the brakes needed no upgrade as the car came from BMW’s assembly lines wearing carbon ceramic rotors.

The exhaust is something else though. As you’re about to see or, better said, hear, the AC Schnitzer treatment makes the S55 3-liter twin-turbo straight six engine go over 100 db easily, as the sound level meter shows. Come to think of it, a car with 510 HP better sound the part, right? And when you can reach 100 km/h (62 mph) in 4 seconds and can go from 80 to 180 km/h (50 to 112 mph) in about 6 seconds, people actually need to hear you coming.