We went to the Michelin Proving Grounds for some tire testing 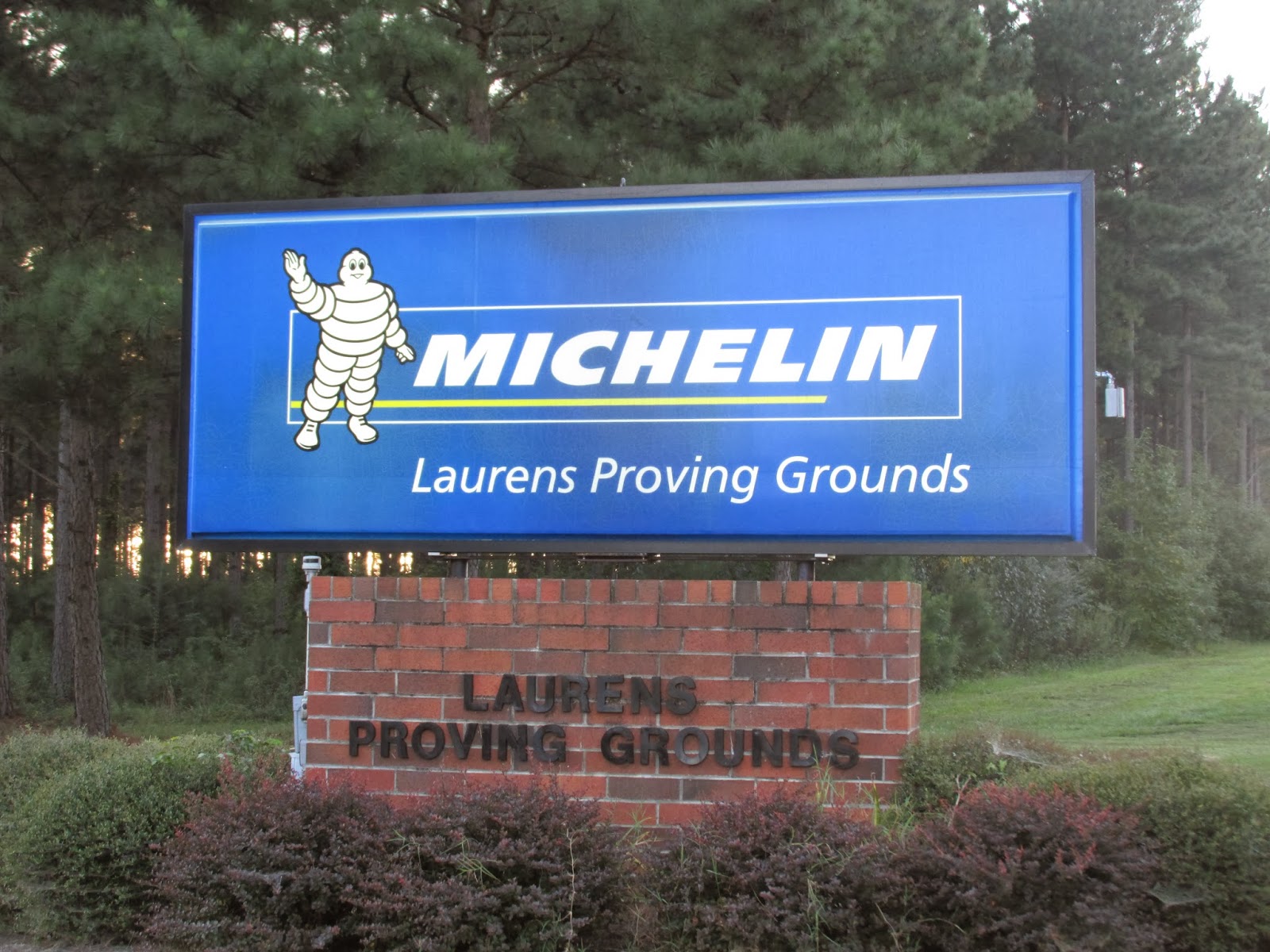 For car enthusiasts like myself we always go straight for the premium ultra high performance tires like Michelin Pilot Super Sport. We want the best of everything for our favorite toys in our garage hence why some of the BMWBLOG’s staff runs their 1Ms, M3s, M4s or Porsches with Michelin high-performance tires.

But, we often overlook the importance of tires on our non-performance oriented vehicles like the family truckster or mother-in-laws boring Camry. To the general public, tires are simply black donuts that goes around wheel. 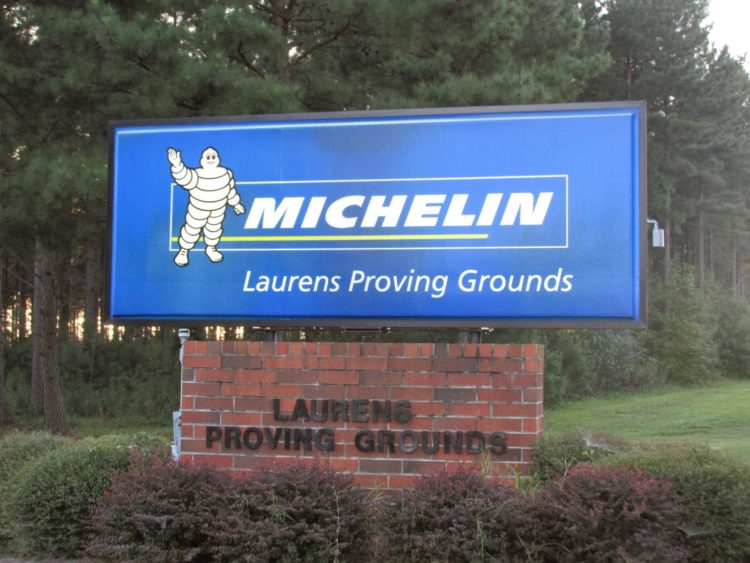 What is a Tier 4 tire? Just think of those unknown brand tires that you often find from price point tire stores or something you often find wrapped around the rental car with 30,000+ miles. Basically the cheapest tire you can buy in store just short of ordering one from aliexpress.com. 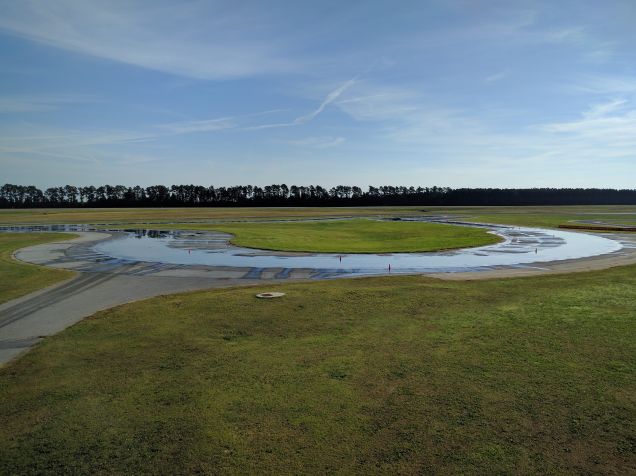 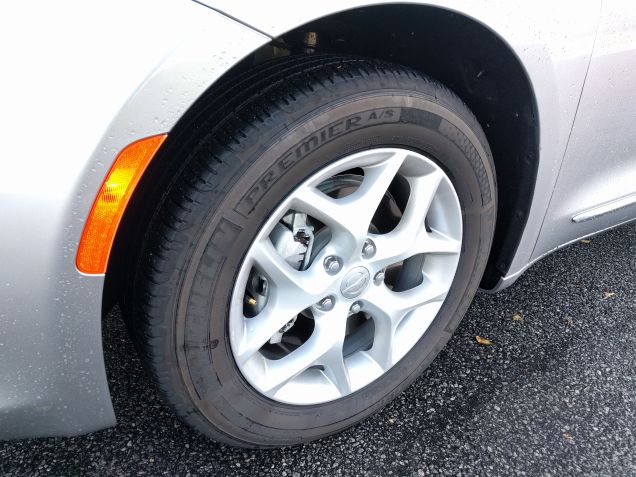 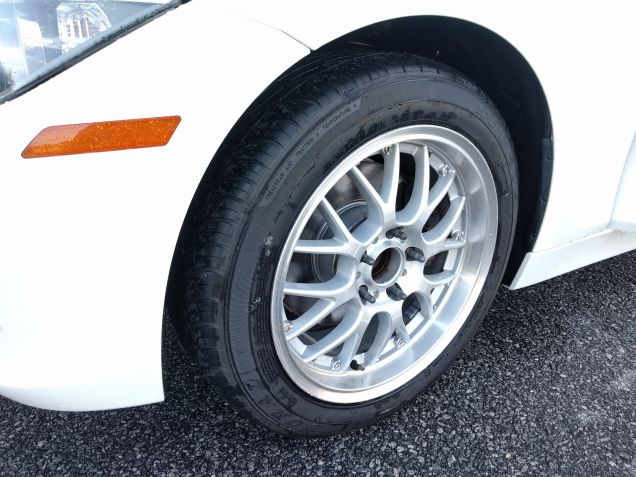 We were given the opportunity to drive both vehicles in form of a rat race. The minivan is released on to the track first then the driver of the BMW 328i is given task of catching the minivan. We had plenty of talented drivers in our group but non of use could put any traction down with the Tier 4 tires. When it was our turn to drive the minivan, we ended up catching the BMW 328i. After this exercise we learned that these price point tires negates all the performance attributes of a German sports sedan. Also friends don’t let friends buy Tier 4 tires unless you plan on de-friending them in the near future.

It really takes a good set of tires to get best handling. Regardless what car it is. Testing the @michelinusa Premier A/S tires on the minivan. #michelin #michelintires

You’ve probably seen the above commercial before but driving is believing and we were doing exactly that in our second exercise.

Each participant were given two runs with each tire and the 50% worn Michelin Premier A/S consistently outperform its competitor by 15-20ft.

What did we learn? If you care about your in-laws, then you need to get them a proper set of tires. 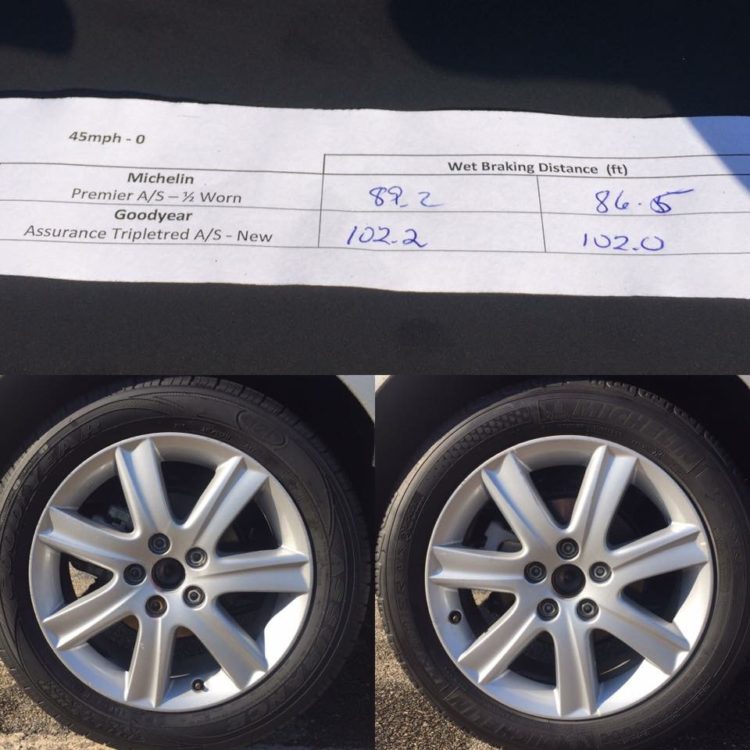 Test 3: New pairs in front or back?

Did you know that you are supposed to mount the new tires in the rear axle when you are only replacing two new tires? The reason is that it is easier to recover from understeer than oversteer. To test that hypothesis, Michelin gave us two identical Ford Focuses and put us on a very, very wet pad. 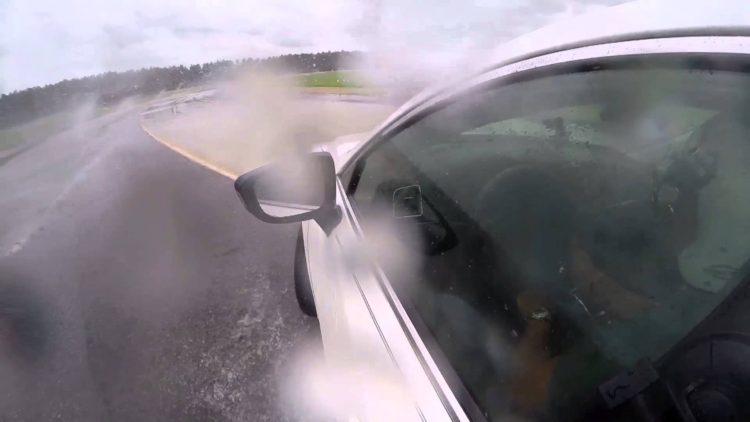 Most participant managed to spin their cars with worn rear tires halfway around the skidpad. The car with new rear tires was easier to control and drove around the skidpad with ease. Think about a situation when you’re late exiting onto a highway ramp, you swerve hard into the exit, catching a puddle of water which – without the proper tires – will likely spin you around or throw your car into the side walls. Certainly not a situation you’d like to find yourself in. 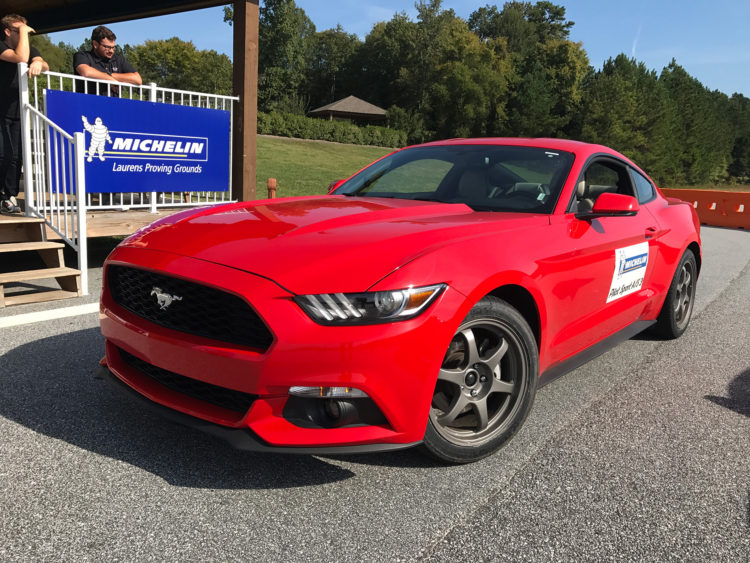 Saving the fun test for the last, Michelin brought us to their auto-x track and two new Ford Mustang with Ecoboost.

Our group spent 30 minutes driving these two Mustangs around the auto-x track. My impression on the Michelin Pilot Sport A/S 3+ had stiffer sidewalls which translate to better steering feedback which gives the driver extra confidence. The dry grip of the two are relatively comparable to each other.

Here is the shocker at the end of the session. The Continentals Extreme Contact DWS06 shoulder blocks were heavily cupped (fish scaled) when compared to the Michelin Pilot Sport A/S 3+.

Look at the pictures and judge for yourselves. 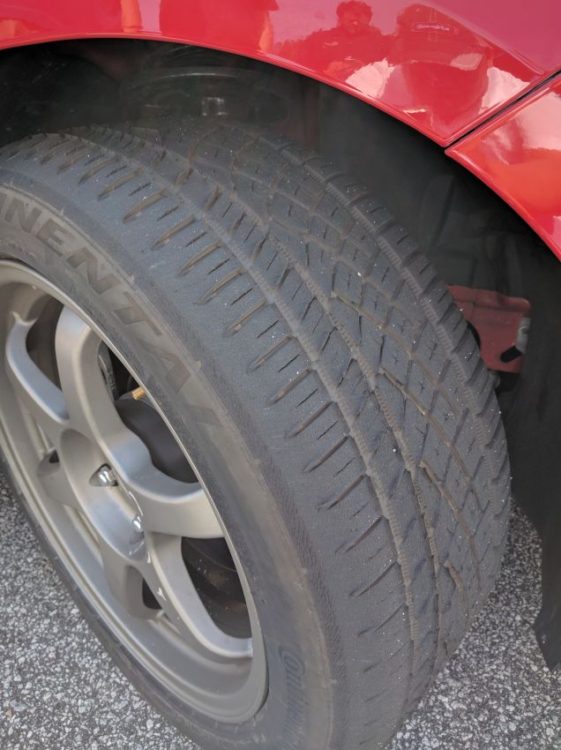 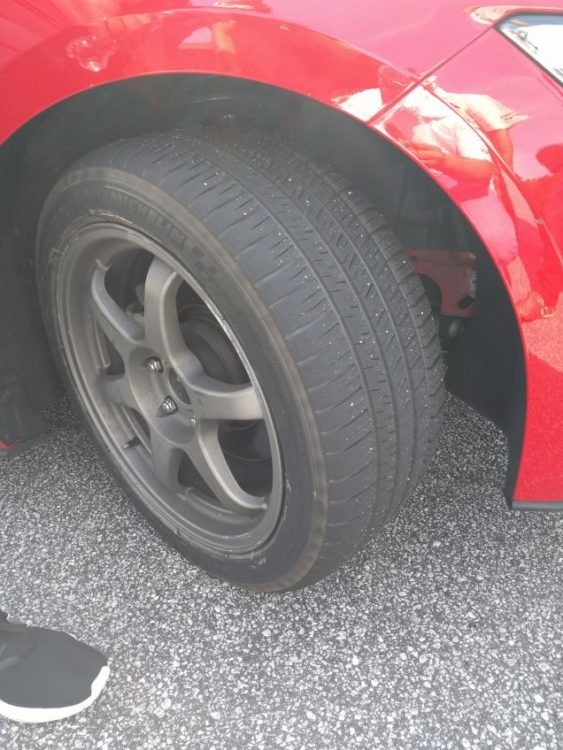 We left South Carolina not only with more tire knowledge than an average car nut, but also with more appreciation for the tire technology and engineering, that make our cars safer on the road.