Full Disclosure: I am a Michelin brand ambassador and have been provided products, training, and experiences. My opinions in this review are 100% genuine and my own.

Recently, Michelin has been setting the benchmark for tire performance with innovative tire technologies. First it was the Michelin Pilot Super Sport (PSS) that used multiple compounds of rubber to provide extremely high levels of grip in the dry and wet and Twaron belts to keep the contact patch consistent to provide better traction in high load cornering. And even though the PSS set the benchmark for high performance tires, they still come with a 30,000 mileage warranty (15,000 on split fitment). 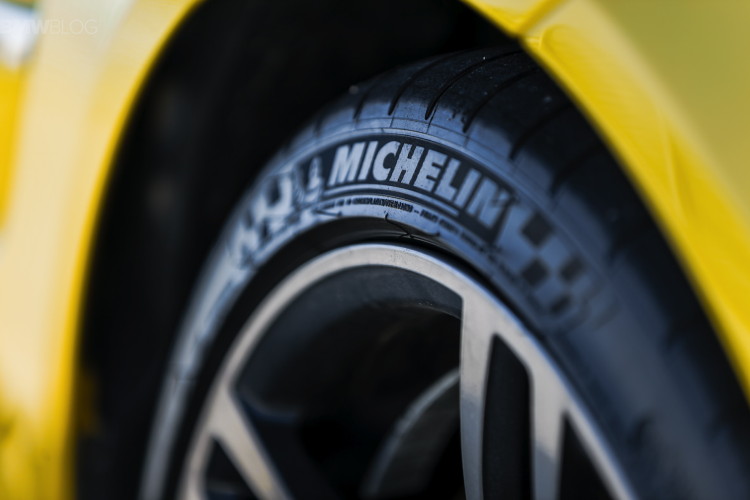 Next came the Michelin Defender, a tire that features advanced 3D siping techniques. This technology allows the tire to stop up to 31 feet shorter and last up to 21,000 miles longer than its leading competitor. And it comes with one of the highest mileage warranties ever at 90,000 miles!

Then it was the Michelin Pilot Sport A/S 3, featuring a new Helio rubber compound with sunflower oil, which we tested out at NOLA Motorsports Park. This all-season tire easily bettered the competition in all tests, and it even beat a few high performance summer tires in an autocross! We were greatly impressed with this tire and you can read our review here.

Last year Michelin announced their next innovative tire, the Premier A/S, which they claimed to be “Safe when new. Safe when worn.”

This new tire features a revolutionary tread design that evolves as it wears to maintain its high level of traction, Michelin calls it EverGrip. They claim that this new tread technology not only stops shorter on wet roads than the leading competitors’ brand new tires, but can also do so when worn. The Premier A/S tire is able to maintain its performance because it has hidden grooves that emerge as the tire wears, rain grooves that expand over time to continue to evacuate water, and a unique rubber compound for increased wet grip.

Here are the details of these new technologies from Michelin USA:

We were invited out to Auto Club Speedway in Fontana, CA to test out this new tire and Michelin’s claims of “Safe When New. Safe When Worn”. 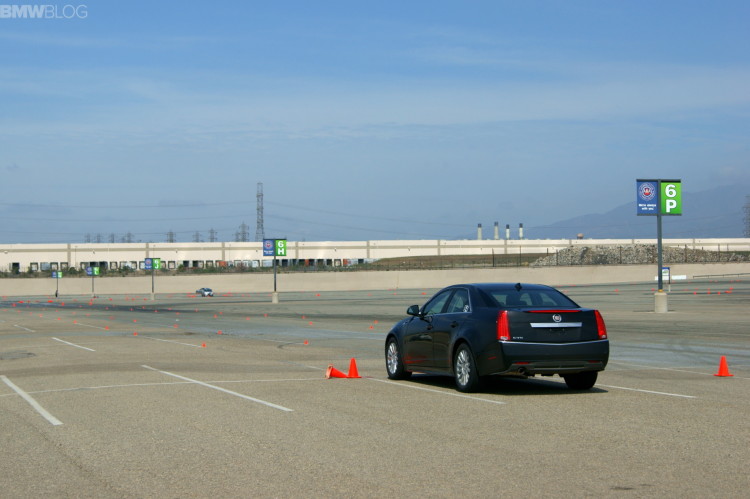 The tests they had set up were fairly simple, with an autocross and a braking test. To make things interesting though, they proceeded to wet down the autocross surface quite often so that the traction was minimized. The autocross was about a 40 second course, with a slalom, a few quick transition turns, and a couple decreasing radius sweepers. The braking test was set up like a drag strip. Line up at the cone, wait for the go signal, accelerate as quickly as you can to 50 mph, then slam on the brake as hard as you can so that the ABS activates. 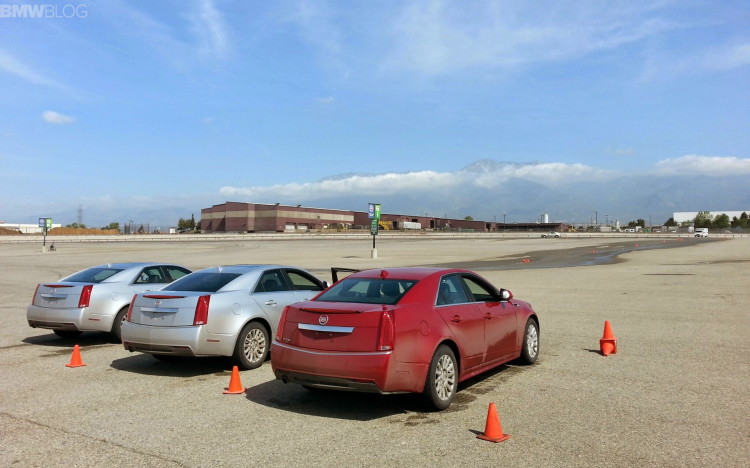 Michelin had provided quite a few identically prepared Cadillac CTSs for these tests. Both the autocross and the braking test had six of their own cars, each with a different tire. Two were set up with different brand-new economy all-season tires, two were on different brand-new premium all-seasons, and two were on 50% worn Michelin Premier A/S tires. Thus, you were testing a worn Michelin tire against a wide range of tires.

First up was the autocross where I was not told which tire I was on when I started off. It was a little sloppy, didn’t transition well, and really didn’t like to accelerate out of the corner as the traction control would kick in and really limit the throttle. When you finished the lap, you jumped out of one CTS, and then right into another. Thus, it was really easy to compare the tires side-by-side.

Taking off in the next car I immediately felt that it was more planted and much more responsive, it wasn’t an M3 on Pilot Super Sports, but it was pretty good. The traction control wasn’t as intrusive, and I had much more control of the car, it was clearly better than the last tire. I jumped into the third one for this round and it was right back to being like that first tire. At this point we all knew it wasn’t as good so some of us just started to have fun with the low traction these competitor tires provided.

The second tire was hands-down better than the other two, and it was the half-worn Premier A/S! After the test I found out that this was the round where I was testing out the Michelin against its main competitors in other premium brands. Next up was the new economy all-season tires. 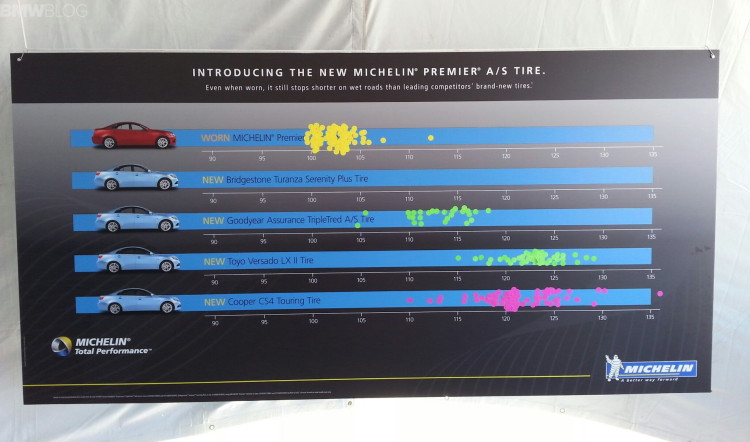 Unsurprisingly this round went just like the last one with the worn Michelin Premier A/S clearly outperforming its economy competitors. One thing to note is that if these economy tires were matched up just against the other premium tires, it may have been hard to pick a clear winner.

The last test for the day was the braking test which is one of the most fun for me. It’s not every day where you get to accelerate as quickly as you can to 50 mph and then smash the brake pedal hard! There is just something about it that I really enjoy. During this test there was a VBOX vehicle testing system in the car that uses a highly accurate GPS system to measure the vehicle’s dynamics.

The cool part was that you didn’t even need the VBOX, the difference was so dramatic that anyone could clearly see and feel the difference! The Michelin Premier A/S not only stopped shorter than its competition by as much as 26 feet, but it was also more consistent! The results are shown in the pictures below. Since there were two lanes set up so that there was plenty of time for everyone to test each tire, the results were not compared between each lane. 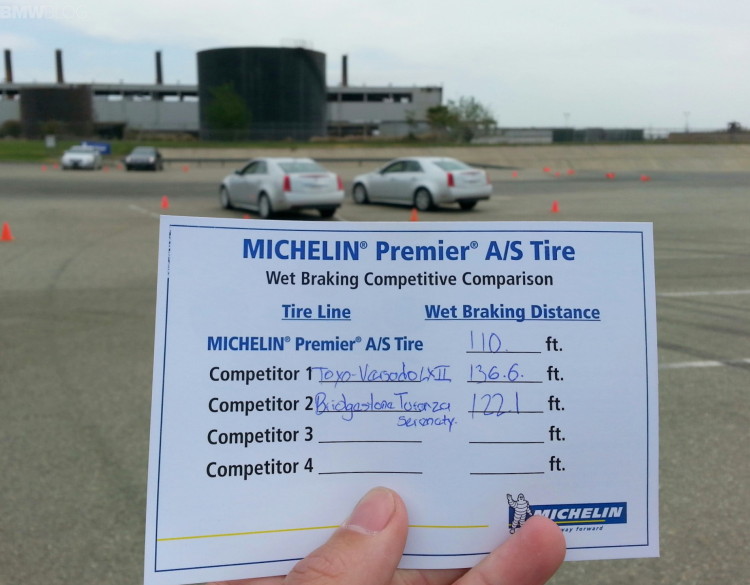 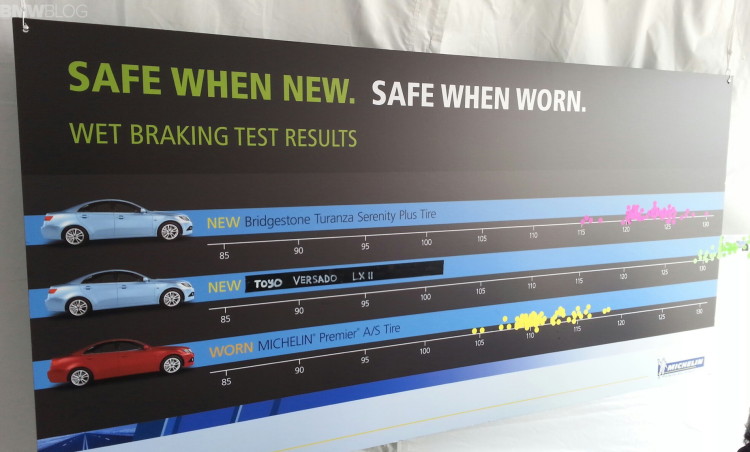 I was amazed that a tire worn down to 50% of its tread depth can easily outperform its top competitors when they are brand new. Companies like Michelin only make bold statements if they can back them up, and the Premier A/S is a bold statement. It may not be the right tire for most of the BMW enthusiasts that frequent BMWBLOG, but think about the cars that the rest of your family drives. Michelin states it best, “Because there is so much riding on your tires.”