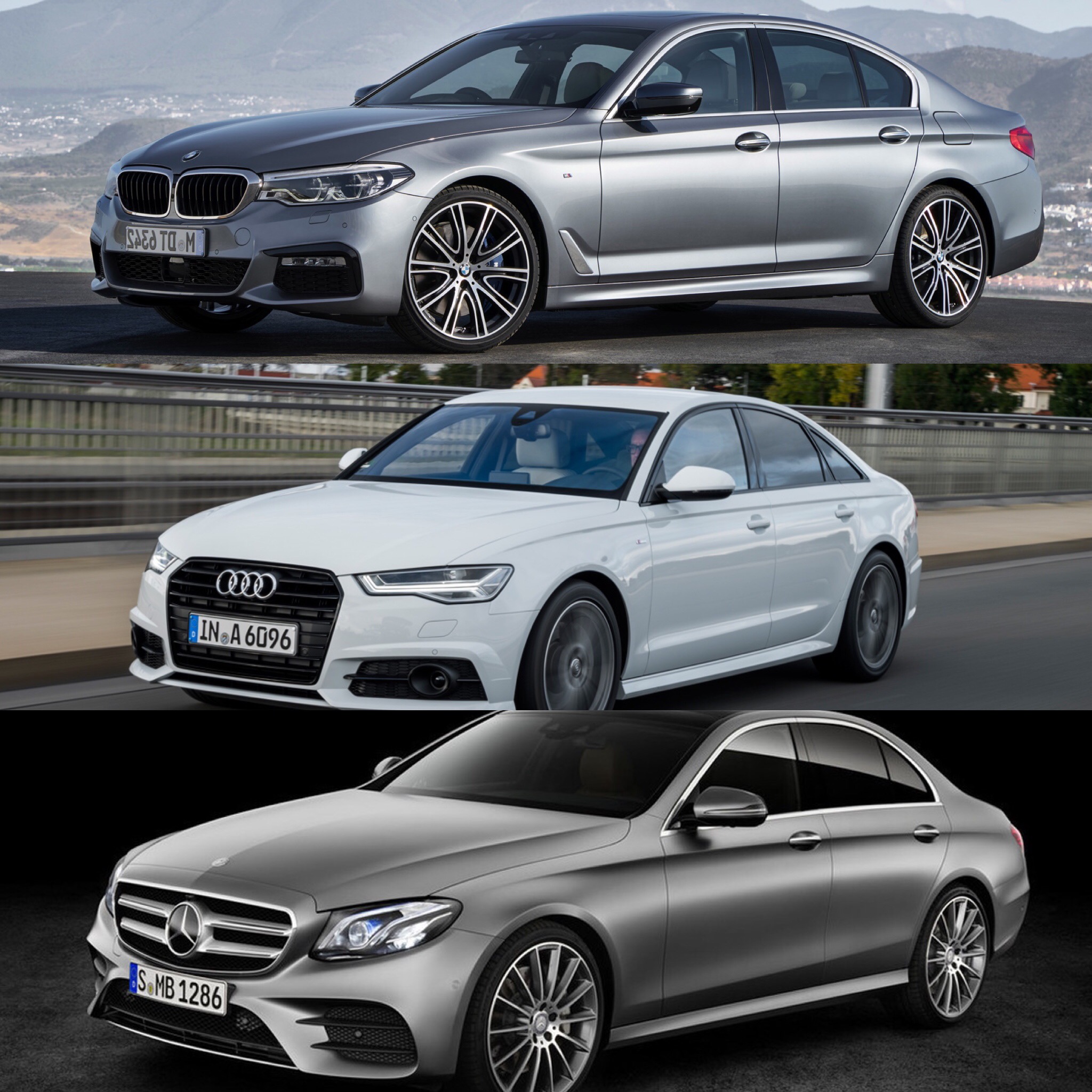 Now that we’ve seen the new BMW G30 5 Series, we can stop speculating as to whether or not it’s going to look better than its competitors. It’s here, so we can properly judge it back-to-back with its main German rivals. Chief of which is the Mercedes-Benz E-Class, a car that many felt was untouchable, in terms of design, by BMW. There’s also the Audi A6 which, despite being on its last legs, still looks quite handsome. So how does the brand-spanking new BMW 5 Series take on its rivals from Germany? Let’s find out.

Straight away, the odd man out in this comparison is the Mercedes-Benz E-Class. While the BMW 5 Series and Audi A6 both have looks that try and blend performance and sportiness with luxury and elegance. While the E-Class seems to be more focused on old-world luxury. And that’s fine, it has its own place in the market and nails its intended objective. But the 5er and the A6 are clearly the sportier looking cars. 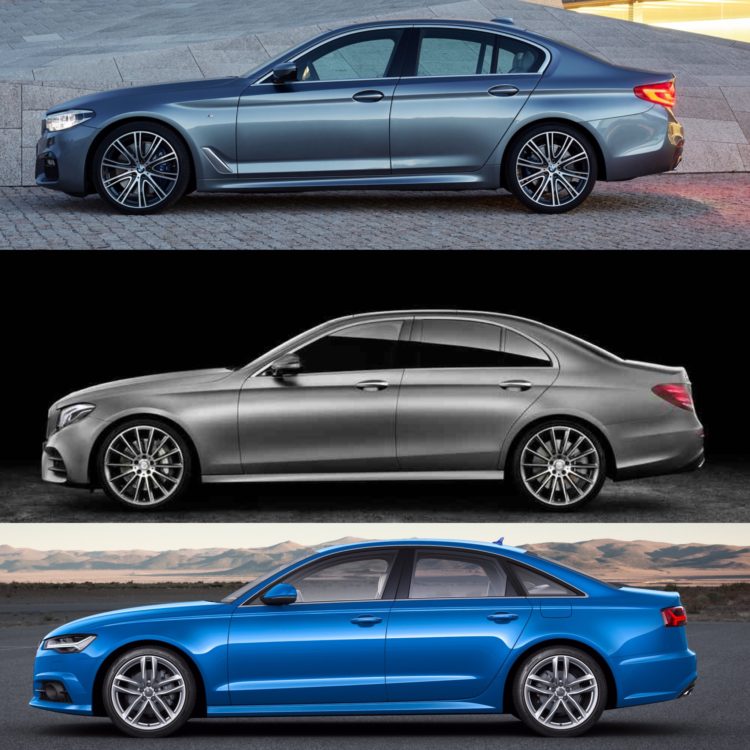 From the front, in this humble man’s opinion, it’s the BMW 5 Series that looks best, with the Audi A6 a close second and the E-Class a distant third. The reason being is that both the 5 Series and A6 are more visually exciting up front. The E-Class is a bit staid, though it is intentionally so. So that’s not a knock against Merc’s styling department but a matter of subjective opinion. But the new 5er, with its wide headlights and aggressive front fascia, is the looker of the bunch.

In profile, the BMW is still the better looking car, but I think the Merc takes the Audi here. While the Audi A6 is a fine looking car, from the side it’s hard to distinguish it from any other big Volkswagen product. You could tell someone that the A6 is a VW Passat or Skoda Superb from the side and they’d probably believe you. The E-Class is a very smooth and luxurious looking car in profile. Where its front-end is boring, that conservatism creates a simple, yet handsome overall profile. The 5 Series is by far the best looking, though. Its shoulder line is so crisp it looks like a perfectly fitting dress on a supermodel. The way that aforementioned shoulder line meets with the front wheel arch is perfection. 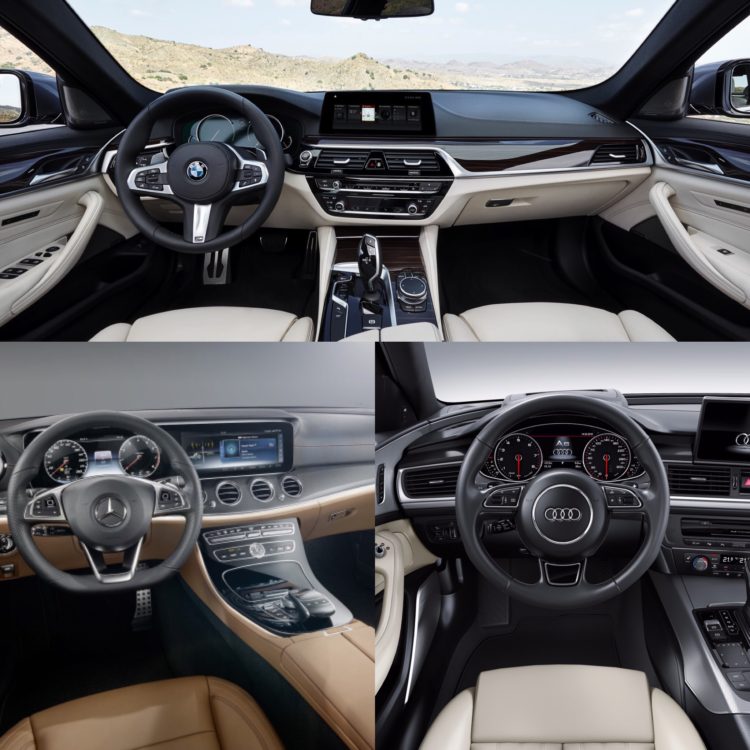 Inside, it gets very close. The new 5 Series has an excellent interior, but so does the E-Class and A6. The Audi A6 does have a very attractive interior and is still built with extreme precision and quality, but it’s getting a bit old now and we’ve seen it far too much before. The Mercedes E-Class has a very good looking, very luxurious and very supple cabin. However, its a bit too ‘old man’ for our tastes. It’s made very well and looks nice, but it’s too old-fashioned. The 5 Series’ cabin looks great. It’s sharp, driver-oriented and still luxurious. It’s also packed with incredible tech.

That’s a hat trick for the Bimmer, taking both of its competitors in all three categories. Admittedly, it’s the newest and we’re just seeing it now, so we still could be in the honeymoon phase with it. Also, the Audi A6 has the unfortunate disadvantage of being significantly older than either of the other two. Father time is undefeated and the A6 is another one of its victims. So, even though it may just be excitement over a new model, we feel that the 5 Series is the best looking car in its segment. 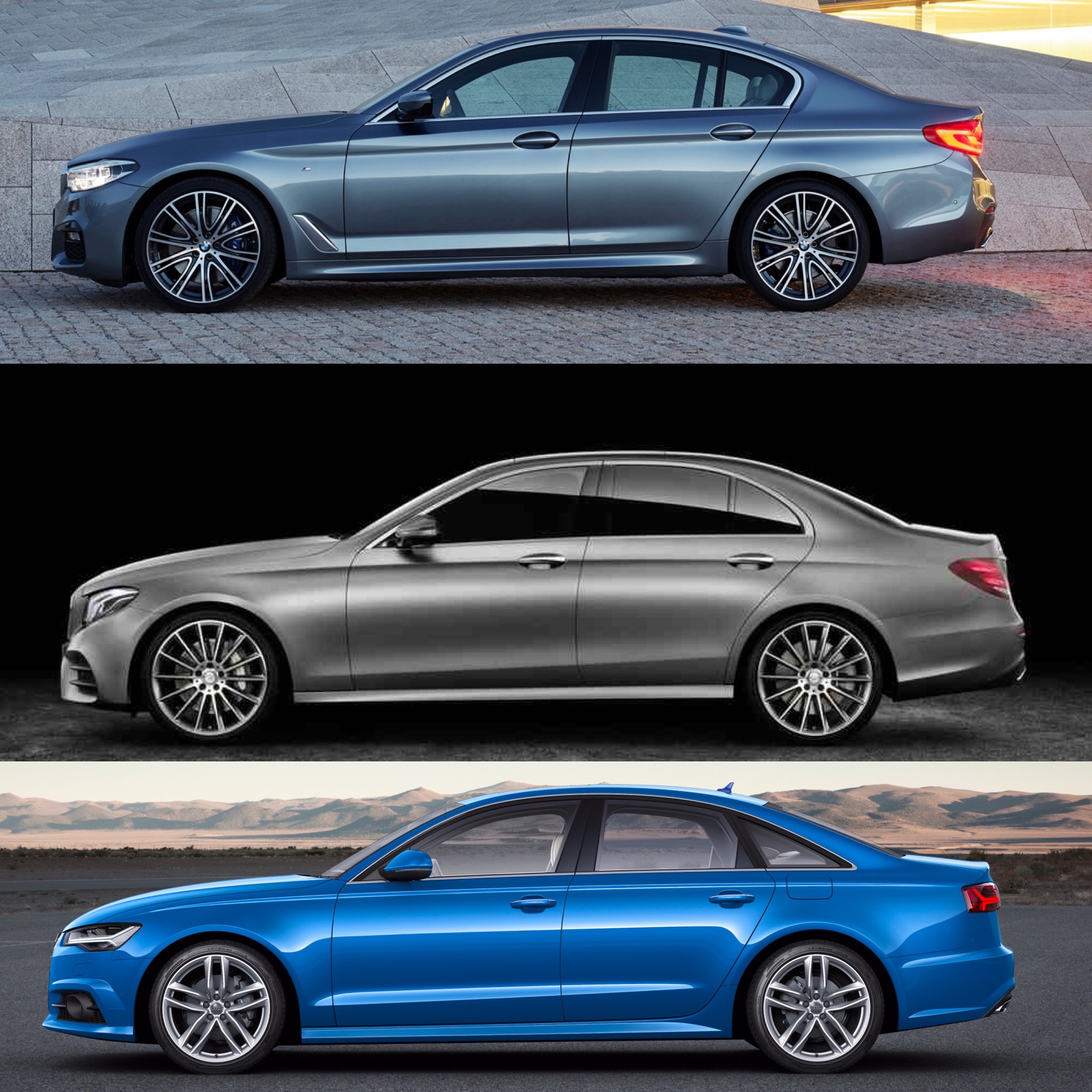 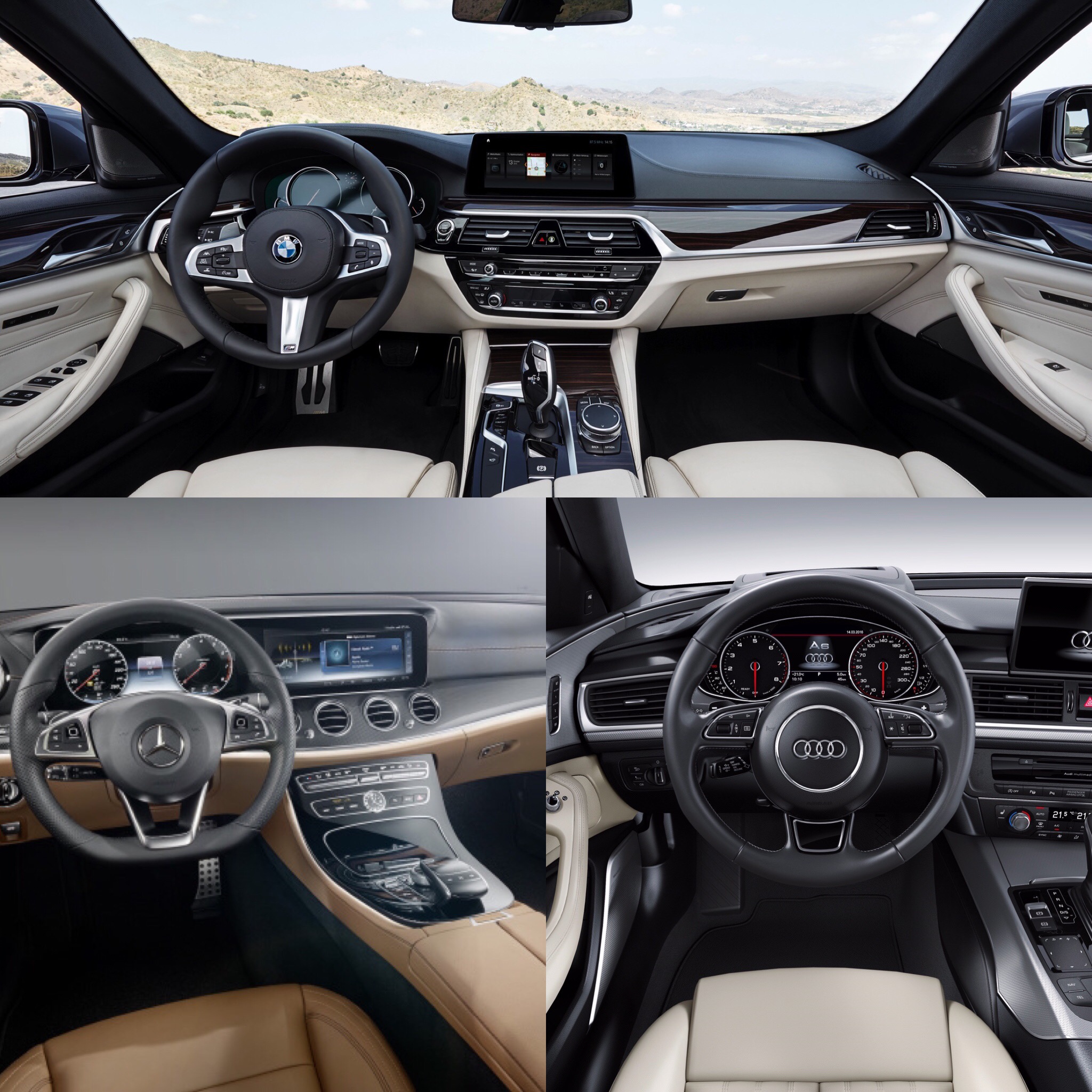