BMW G30 5 Series leaked images ahead of its unveil

Home » BMW G30 5 Series leaked images ahead of its unveil 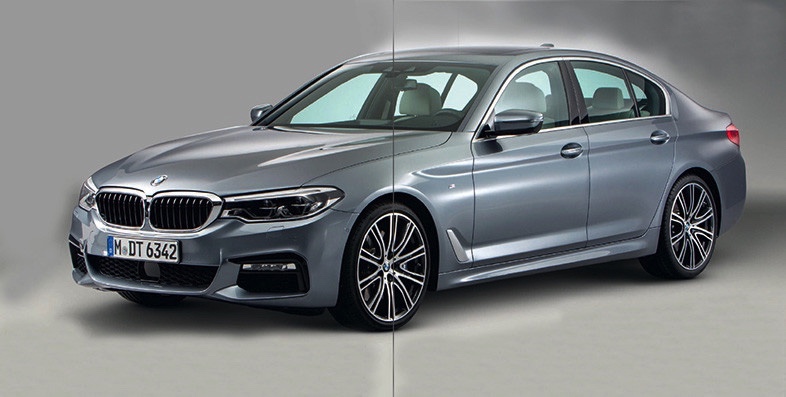 Ahead of its unveil tomorrow, leaked images of the BMW G30 5 Series have showed up on the Interwebs. The low res images reveal an attractive design with soft corners at the front and a more aggressive fascia compared to the F10 5 Series. The headlights have been slimmed down as well and are connecting with the outer edge of the kidney grille.

Speaking of the iconic grille, BMW has beefed up the chrome around it and now delivers a more masculine and dynamic look. The lower design of the front-end stands out with its large air intakes which incorporate the daytime running lights. 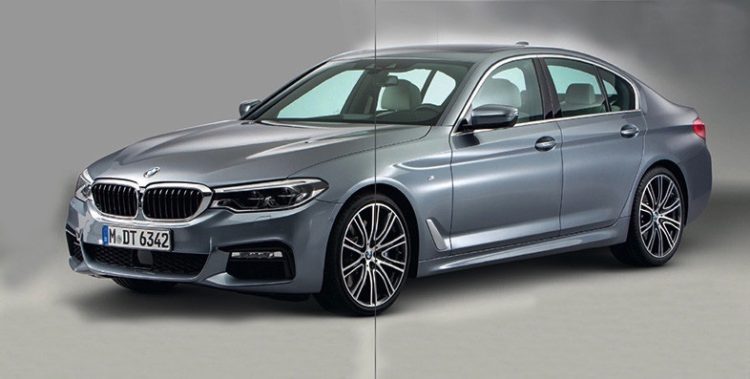 The rear end slightly resembles the one found on the 7 Series, but with its own character. The boot sits more upright and features a subtle lip, while the taillights are long and slim, and with an interesting LED theme. The surfaces are also emphasizing the sporty character of the 5er, with sculpted shapes that extend into the rear bumper.

The 540i model featured in the leaked image comes with trapezoidal exhaust tips, characteristic for high-end models. 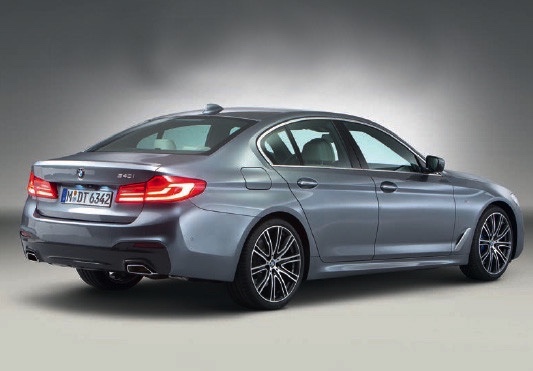 Not too many surprises are found inside the cabin. The new G30 5 Series has inherited many design cues from the G11/G12 7 Series. There is the same center console with chrome elements, along with the typical driver-oriented seating position and the LCD screen and tech from the bigger brother.

Being an M Sport Package, the thick steering wheel comes with chrome inserts which give that sporty look many 5 Series owners are craving for.

We will learn more tomorrow when BMW will unleash a large amount of information and photos to highlight the latest and greatest in the G30 5 Series.