BMW has been involved in all sorts of projects over the years that aim at solving a several problems people living in big metro areas are dealing with. One of them is congestion and a solution to this problem would be car-sharing services. Launched in Europe under the name DriveNow, the car-sharing program was also made available in the U.S. as ReachNow.

The Americans have quickly embraced the alternative mode of transportation and BMW announced today that over 13,000 people have signed up to use it. Speaking to Automotive News at the Paris Auto Show, Ian Robertson, the head of sales and marketing over in Munich said that the project is already profitable. 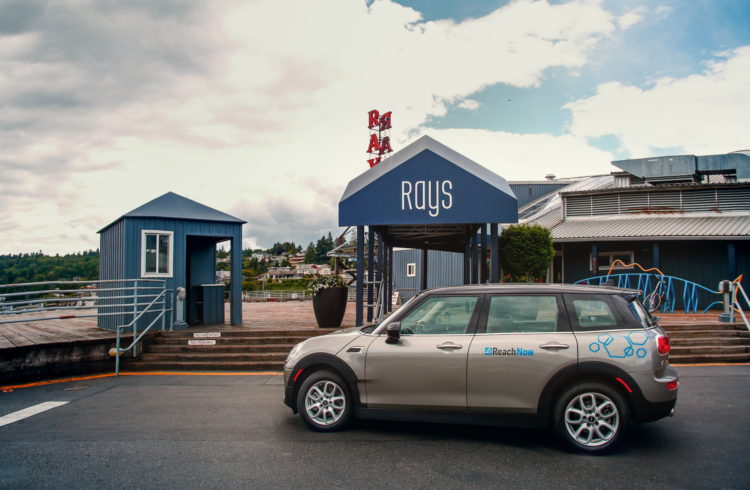 “We’re in 12 cities around the world now,” Robertson said.”The program is profitable, and the market is developing well. The utilization is two, three, four hours a day — so that’s about four times what the average is.” Given that congestion will be an even bigger issue in the future, the BMW official continued: “Congestion isn’t really going to stop anytime soon. If you are Beijing or Shanghai, you can only build so many orbital roads. They have six or seven.  You have a situation in the urban environment where the utilization of the vehicle is going to move into a different arena.”

And that different ‘arena’ will probably involve a change in how people utilize cars. That will, in turn, probably lead to a drop in leasing or purchasing cars and a hike in renting them by the minute – as is the case with ReachNow – or sharing them with other people heading your way. Being more cost efficient and sharing the road, while reducing the number of cars present at the same time on the already busy roads we’re dealing with today, may lead to a drop in congestion.

Of course, the pundits may say this approach could harm car manufacturers that make their living out of selling their products but being a step ahead of the consumer’s needs is simply smart planning. With BMW’s char-sharing project, if the manufacturer controls and rents its own cars out to consumers, profits will keep rolling in. They may not be as hefty as before, but they are profitable nonetheless.

“What you’ll get is multimodal transport,” Robertson added. “It is likely to be shared. It is definitely connected. It is moving towards zero emissions. And ultimately you will have it autonomous. So the world ecosystem of mobility is shifting on its axis at the moment.”