In what is possibly the most envious buyer’s problem we’ve ever seen, Everyday Driver co-host Paul Schmucker has to decided whether to keep his Porsche Cayman GTS or buy a BMW M2. To find out which he should keep in his garage, he, along with fellow co-host Todd Deeken, takes them both out on some twisty Utah roads to see which is the better car.

Schmucker actually already put in his order for a BMW M2, in Long Beach Blue with a six-speed manual. But, for that car, the waiting list is quite long, with his order number almost a year out. So, to have something to drive in the meantime, he bought a slightly pre-owned Porsche Cayman GTS. Since he’s had the Cayman, though, he’s had thoughts on whether or not he should just cancel his M2 order and get his deposit back, because the Cayman is so good to drive. But if he wants to continue to go through with his M2 purchase, he’d likely have to sell the Cayman. So he now has a bit of a buyer’s problem. The definition of first-world problems. 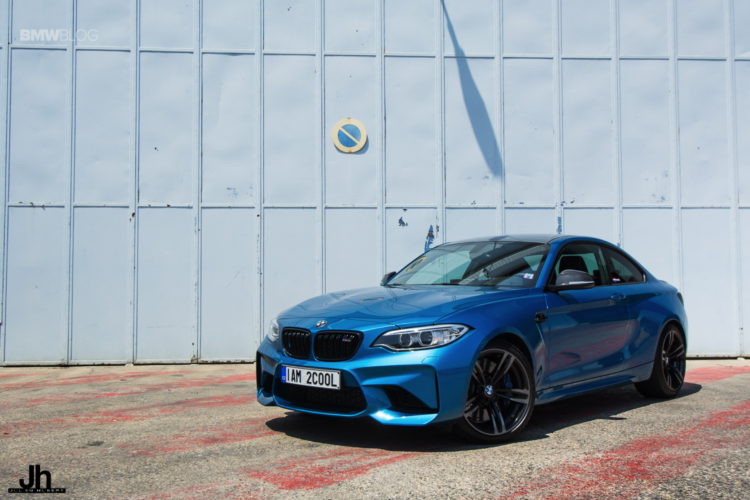 To figure out which is best, they brought his Cayman, along with a BMW M2 press car, out to some twisty roads to have both co-hosts flog them. The BMW M2 is in the same spec as his ordered car and the Cayman GTS is in a similar shade of blue with Porsche’s brilliant PDK dual-clutch gearbox. While the Cayman isn’t a manual, Porsche’s PDK is so good that it doesn’t leave the drivers wanting for a manual.

In terms of outright punch, the M2 is the faster car, thanks to its turbocharged low-end torque. The Cayman’s 3.4 liter flat-six takes some revving to make its power, but it’s so rewarding to do so and it’s still mighty quick. Plus, the Cayman’s flat-six, motorsport-inspired howl sounds far better than the M2’s straight-six growl.

Both cars are tremendous fun to drive and both cars are incredibly confidence-inspiring. The differences aren’t in if each car can put a smile on your face, but in the manner that they do so. The Porsche is nigh-unflappable. Its mid-engine chassis, perfectly delicate steering and tenacious front-end grip make it a corner-carving scalpel. However, it can sort of lack some fun at lower speeds, because it’s just so damn capable. You can’t really push the car to its limits until you’re at license-losing speeds. 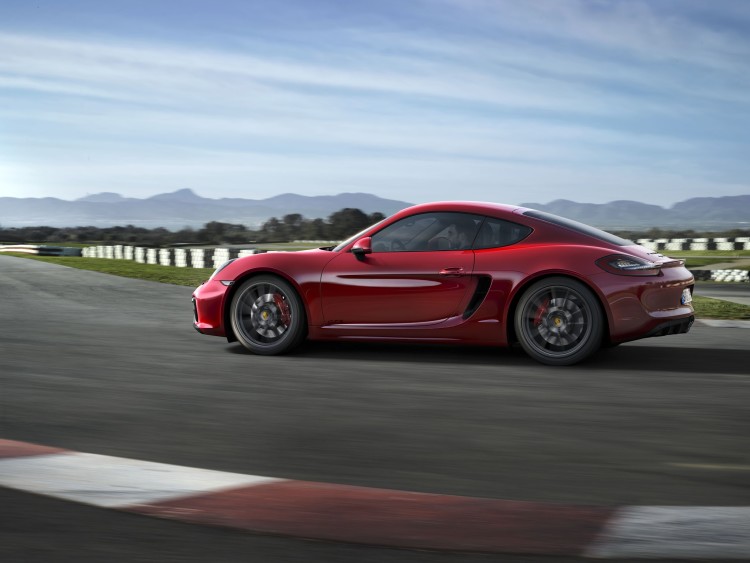 Whereas the BMW M2 is sort of the opposite. It’s a bit more raw and a bit more of a riot. It’s still tremendously capable, and by no means a handful to drive (just look at the video of it being tracked with one hand), but it isn’t as much of a precision instrument as the Porsche. It wants to kick its tail out a bit and it’s a bit more lively, especially at lower speeds in comparison to the Porsche. The M2 also feels front-engine, as it has that old-school front-heavy, tail-happy feel, compared to the Cayman’s perfect mid-engine balance. Admittedly, the M2 is a wonderfully balanced car, it’s only in comparison to the Cayman to you feel that front-engine weight bias.

In the end, Schmucker walks away genuinely contemplating keeping both. They actually makes a good case for it and it’s that both cars are so good at opposite things, that they “trade punches” with every skill. The BMW M2 is more of an occasion for everyday life, as it’s a bit louder, a bit angrier and a bit more of a handful during normal driving. Plus, the M2 has a usable trunk and back seats, making it excellent for the daily grind. On the flip-side, though, the Porsche Cayman GTS is just such an event to drive, as its looks, interior, engine note and handling sharpness make it impossible not to love. Schmucker ends by saying he doesn’t think he can sell the Cayman because it’s just too good. So it he does end up buying the BMW M2, he’s keeping both.