BMW 3 Series vs Jaguar XE vs Audi A4

Three of the sportiest sedans in the midsize executive sport sedan segment are the BMW 3 Series, Jaguar XE and Audi A4. While there are some other great competitors from Mercedes-Benz, Cadillac and Lexus, the BMW, Audi and Jag are the three most enjoyable to drive. So when it comes down to picking the best sport sedan in the segment, it really comes down to those three. The folks at Motoring thought the’yd have a go at trying to pick a winner between the three.

The Jaguar XE is the newcomer of the bunch. BMW and Audi have been in the game of for awhile now, while Jag has sort of always been on the outside looking in, in this segment. Its previous attempt at taking down the 3 Series was hilariously underwhelming, with its almost universally awful Jaguar X-Type. However, the British brand’s newest attempt is far better. In fact, the new Jaguar XE is actually preferred by many enthusiasts, thanks to its razor-sharp steering and sporty driving dynamics.

The XE is available with a suite of four and six-cylinder engines, some diesel and some petrol. The two we get here in the ‘States are the 2.0 liter turbo four-cylinder petrol engine and the 3.0 liter supercharged V6 petrol in the XE S. The latter is the one to get, as it develops a healthy 340 hp, 332 lb-ft of torque and gets the Jag from 0-60 mph in just 4.5 seconds. But the best part of it is the noise, which is loud and aggressive, sort of like a baby-F-Type. The excitement of the engine, the sharpness of the dynamics and the killer good looks all make the Jaguar XE the most exciting of the trio.

The polar opposite of the Jaguar XE is the Audi A4. It’s actually almost sedate by comparison. The A4’s design is handsome, but a bit boring if we’re honest. Plus it doesn’t much separate itself from its previous generation. So the design is getting a bit stale. However, the inside is very nice. While it isn’t as sexy or exciting as the Jag’s cabin, the interior of the A4 is really quite lovely. Everything is smartly laid out and the technology is superb, besting the Jag’s by far. It also manages to be driver-oriented as well as open and airy. The cabin of the Audi A4 is an impressive feat. 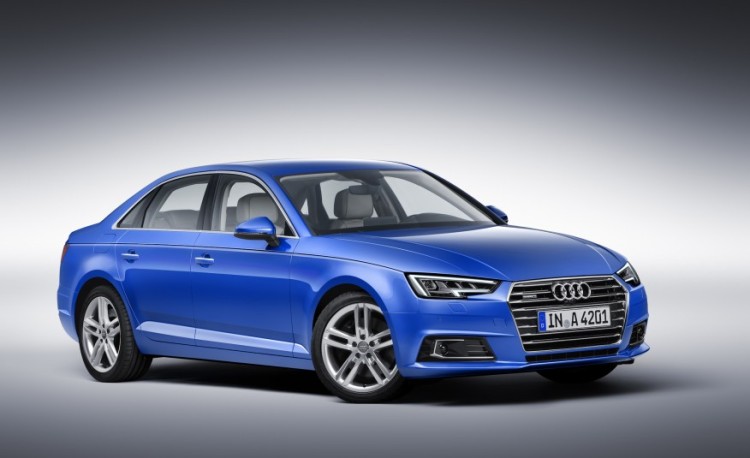 Powering the A4 is also a suite of different engines, ranging from tiny diesels to more muscular petrols. However, we only get one in the North American market, the 2.0 TFSI turbocharged four-cylinder that makes 252 hp. That’s the best engine to get anyway, as it’s the most lively and exciting of the bunch. It makes a decent noise, pulls hard from low down and is as smooth as silk. 0-60 mph comes in about 5.2 seconds, which isn’t bad for a four-pot. It isn’t as exciting as the Jag’s ‘charged-six, but that’s because you have to step up to the Audi S4 for that. While the A4 looks sedate, its handling dynamics are actually pretty impressive. It’s not as sharp as the Bimmer or as dynamic as the Jag, but don’t let its calm exterior fool you, as it can properly handle.

But to be honest, the A4 isn’t the most exciting choice, but probably the smartest. Its cabin is the best, its technology is best and it has the best all-wheel drive system. It’s the the one you choose if you’re choosing with your brain, while you choose the Jag with your heart.

However, if your brain and heart have to meet in the middle, they’ll choose the BMW 3 Series together. While the Jaguar XE might be the slightly more dynamic car than the 3 Series, it’s not by much. The 3er is still one of the most fun sedans in the world to chuck around twisty bends. Plus, the BMW 3 Series benefits from better engine options than either car. BMW’s four-cylinders are better, as are its six-cylinders. Personally, if you can afford it, the only option is the BMW 340i, as the new B58 turbocharged 3.0 liter I6 is an absolute gem and the best engine in its class by miles. In fact, it’s probably the best engine in a lot of classes. 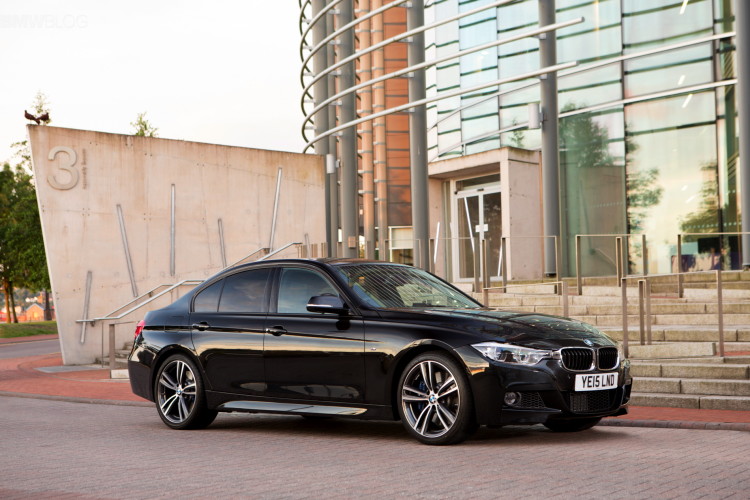 On the outside, the 3 Series is still a handsome car even after being a few years old. While it isn’t as sexy as the Jaaaag, it’s far more visually interesting than the Audi A4. And while it’s interior isn’t as smartly laid out as the Audi’s and not as exciting as the Jag’s, it’s a nice blend of both and a great compromise between the two.

Overall, Motoring claimed that the BMW 3 Series was still the best car of the bunch. Despite valiant efforts by both Audi and Jaguar, the 3 Series still remains the best of all worlds, blending performance, comfort, style and practicality in a package that no other car can replicate. Sure, other cars are better at certain things, but no other car has such a wide breadth of abilities like the 3 Series does.