BMW Z4 to be built along side Toyota Supra, engines detailed

Home » BMW Z4 to be built along side Toyota Supra, engines detailed

According to our source, the next-generation BMW Z4 will in fact be built in joint with the upcoming Toyota Supra. The previous joint-venture from Toyota, which were the Toyobaru twins developed with Subaru, developed two almost identical cars. However, the BMW Z4 and Toyota Supra will actually be quite different. The BMW Z4 will be wear a chassis designation of G29, to go with the rest of the new ‘G’ named BMWs and the Toyota Supra will wear a J29 chassis code.

BMW’s Z4 will remain a roadster but it will likely be ditching the folding metal roof of the current model for a power-folding soft top, to save weight. This is something that many fans were begging for as the current Z4 is far heavier than all of its competition, thanks to that metal roof. As cool as it is, it somewhat hinders the entire purpose of a small, sporty roadster. While the Z4 will be a roadster, the upcoming Toyota Supra will be a coupe with no roadster option.

Both cars will be rear-wheel drive only, like the car gods intended, and the BMW Z4 will come with two different engine options. The standard model will be the BMW Z4 sDrive30i and that will be powered by the new B48 2.0 liter turbocharged four-cylinder engine, while the new Z4 M40i will come with the fantastic new B58 3.0 liter turbocharged I6 engine. The latter M40i variant will likely be far sportier and more aggressive than the sDrive30i, much in same way the BMW M240i is far more aggressive than the 228i. Also, don’t expect a full-on M variant. No word on what the Supra will be powered by, but it’s possible that it could use a BMW engine as well, with the B58 being the best candidate. 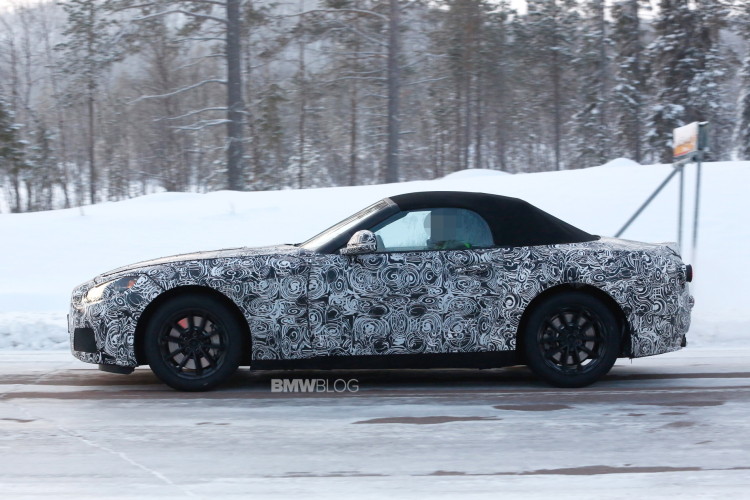 BMW expects its new Z4 Roadster sDrive30i and M40i to compete directly with the Porsche 718 Boxster and Boxster S, respectively. The soft top roof and new lightweight chassis techniques, as well as some Toyota roadster know-how, should enable this new BMW Z4 to get closer to Porsche’s famous Boxster than ever before.