For 2017, the BMW i3 will be receiving its first major update, making it more competent in the segment its in. Currently, the BMW i3’s biggest flaw is its range. At 81 miles, it’s just not enough to be competitive in a market where the Nissan Leaf can sport almost 100 miles. While we feel 81 miles is more than enough for the average driver, it doesn’t do a lot to help the ongoing issue of range anxiety. So BMW has set out to remedy this for 2017.

To do so, BMW has given its i3 a new, high-density battery that sports a 50 percent increase in capacity, from 22 to 33 kWh. With this new battery, the BMW i3’s range increases from 81 miles to 114 miles, putting it well over that 100-mile sweet spot. While 114 still isn’t enough to match even the smallest battery Tesla Model S, it’s more than enough to reduce range anxiety in most customers. It’s the ‘100-mile’ number that puts people at ease.

The beautiful part about the i3’s new battery, though, is that it doesn’t actually take up anymore space than before. It’s a bit heavier, as the battery has a higher density, but not by much and not enough to throw off the i3’s excellent performance. 0-60 mph is still claimed to be just over seven seconds, as the current model does it in 7.2. 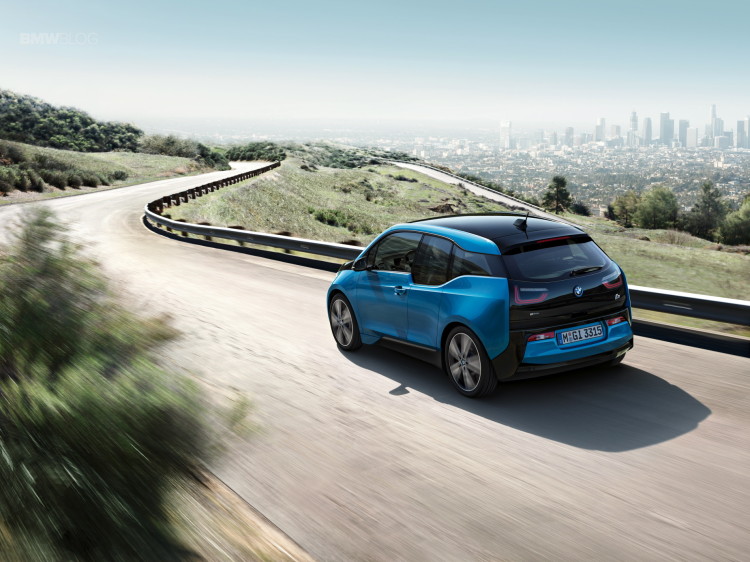 For the BMW i3 REx, there will still be the same two-cylinder gasoline range extender, but 2017 models will be able to utilize their full 2.4 gallon tank. This is likely because the pure electric range is now higher, thus allowing for more gasoline-extended miles while still being considered an EV in the US. However, BMW hasn’t released the total range for the new REx.

The only real downside of the new battery is the fact that it takes a bit longer to charge, but that’s to be expected, as it is a larger density battery with a longer range. With a 240-volt fast-charger, the 2017 i3 can fully charge in 4.5 hours, compared to the 3.5 of the previous model. With a 50 kW fast charger, the 2017 BMW i3 will charge 80 percent in 40 minutes.

But it isn’t just a new battery. The 2017 BMW i3 gains the lovely Protonic Blue Metallic paint color that was previously only available on the BMW i8. We can see this becoming the new favorite color among i3 enthusiasts. The new standard “World” trim is Deka World but Mega, Giga and Tera Worlds will still be optional.

However, the really big news is the addition of an optional power moonroof. This alone would have made the 2017 BMW i3 a successful refresh in many owners’ eyes. The fact that the current car doesn’t have a moonroof option is probably the most complained about flaw with the i3 from current owners. It was always available in Europe, but not in the US. Until now, anyway. 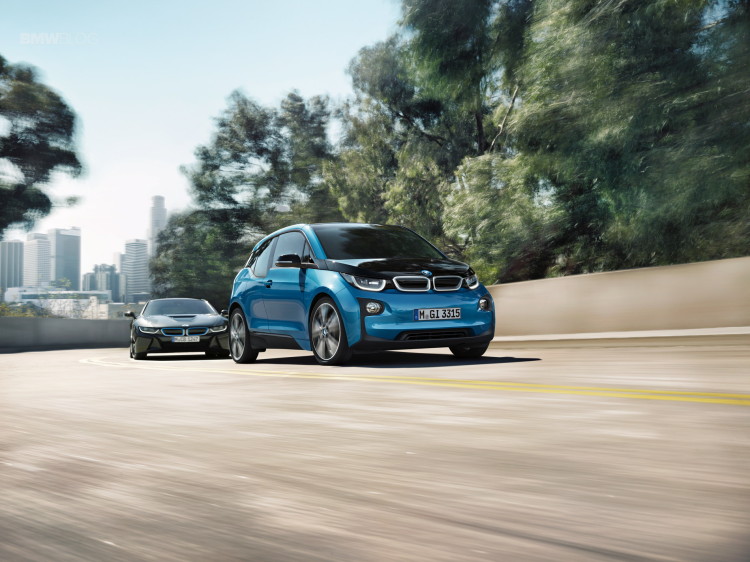 BMW will also be offering a new version of its BMW Home Charger Connect which will feature Wifi, that allows owners to check the status of their charge and even control the charge remotely, and a more compact design.

The 2017 BMW i3 will go on sale later this year and will start at $44,595 for the BEV model and $48,445 for the REx. This new model will likely have a lot of current i3 owners trading theirs in for it and will probably convince a lot of fence-sitters to buy or lease. The reason is that it corrects the two main issues most people had with the i3; a sub-100 mile range and the lack of moonroof. The 2017 BMW i3 remedies both of those issues, so it’s nearly the perfect EV at its price range.