BMW i3 missing a few things to be the perfect car

The BMW i3 is easily the most innovative and forward thinking car I’ve ever driven. It is a fascinating vehicle, packed to the brim with new and creative ideas. It feels like no other car on the road, and that’s a good thing. However, despite its genius, the i3 isn’t perfect. There are a few flaws, but none of them major and none are big enough to stop anyone from buying it.

Some complain about the lack of range. This isn’t so much of an issue in reality, as the 80 mile range is more than sufficient for daily use. Plus, at the moment, limits in technology prevent the i3 from having much more without inflating the weight or price tag. So for now, the range and the electric motor are just fine as they are.

But that being said there are one or two issues, albeit tiny ones, that need mentioning. 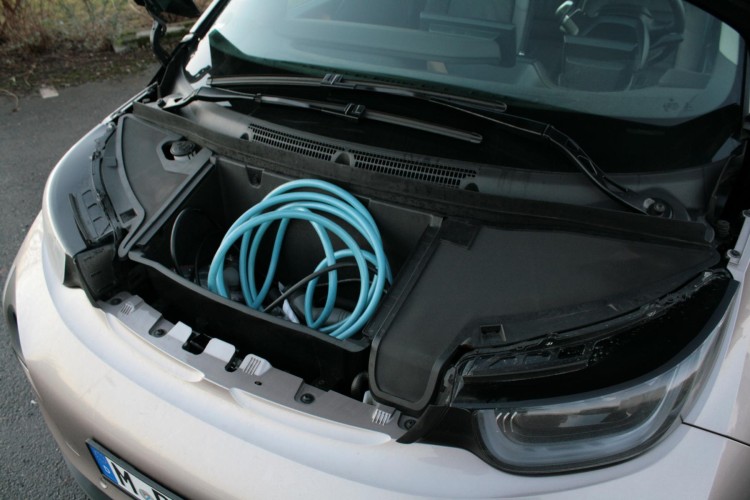 The i3 is a hatchback, which offers a nice sized trunk (or boot if you live across the pond). It also has a little trunk at the front (hence the name, Frunk), where a normal engine would go in a front-engined car. This sounds great, double the trunk space, right? Well, kinda. While it’s nice to have that little bit of extra space, it really isn’t enough to hold anything substantial. Plus, BMW packages the “Occasional Use Charger” (OUC) in there, and that eats up most of the already limited space. It’s nice that the charger has its own space, so as to not take up any in the trunk, but it’d be nice to have enough space in there for both the charger and maybe some groceries. 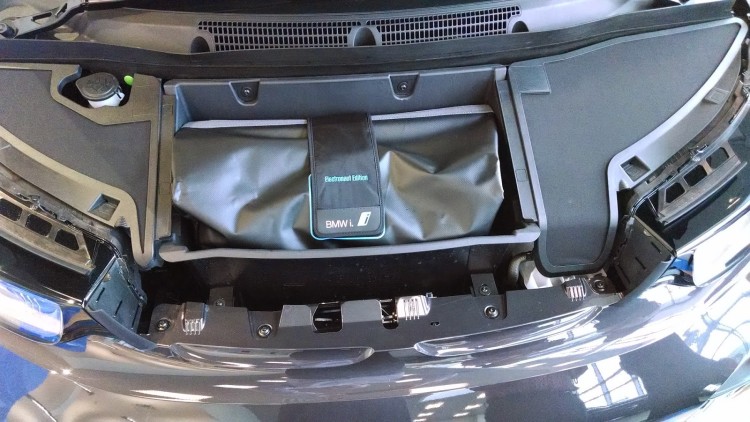 There have been many complaints about the lack of waterproofing on the Frunk. This means that when it rains, the small space under the hood can fill with water. This isn’t an issue for the OUC, as it’s waterproof and won’t get damaged. However, anything else you might put it there can, and besides who wants water in their Frunk? Not this guy. I’m not sure why BMW didn’t waterproof it. Maybe it has to do with weight savings, as the i3 is on a pretty strict diet. But water isn’t the only issue. 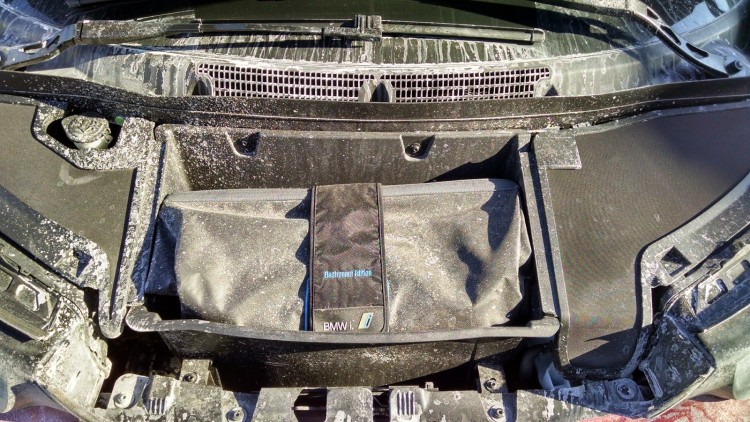 Apparently, i3 owners are reporting that dirt, dust and even leaves can make their way into the Frunk and create a mess. It must become tiresome to have to clean that out every so often, just because BMW didn’t put some weather stripping around the Frunk lid. 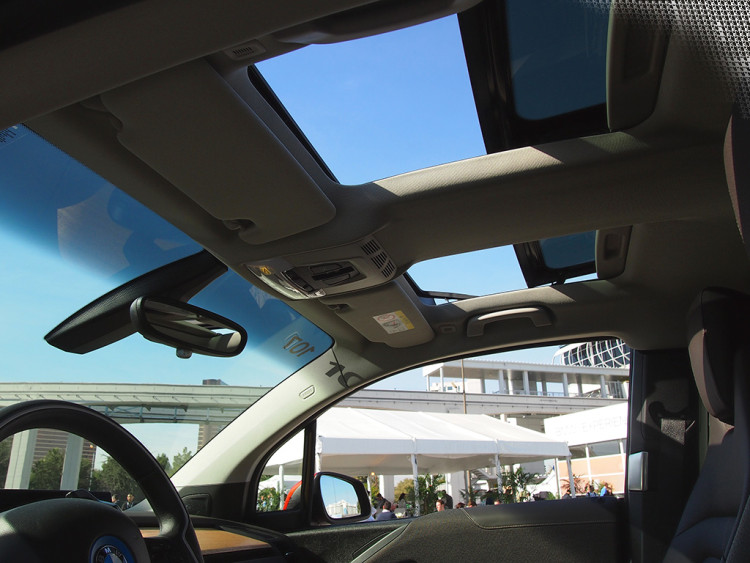 Our friends across the pond get sunroofs in their i3s. We in the U.S., however, do not. This isn’t a huge deal, as many will opt out of getting a sunroof in such a car anyway, because they add weight and in a car like the i3, weight loss is crucial. Despite that, though, it would still be nice to have the option of a sunroof. Some clear sky motoring in a silent, electric i3 would be pretty spectacular. Plus, when buying a car as expensive and as premium as a BMW i3, you’d expect at least the option of a sunroof.

I know that everything in the i3 is put there intentionally. The Germans, especially BMW, don’t just slap stuff on the car willy nilly, without serious consideration first. So I’m sure there’s a reason as to why the rear windows  in the hatch don’t go down. However, it would be nice if it did, especially if you have kids in the back seat.  A simple feature, that maybe isn’t all that necessary, but one that would make ownership a bit nicer.

As it stands now, each “World’ has but one interior color scheme. At least that’s the case in the US. But it would be nice if BMW offered a few more, or even just offer all three in all three “World” variations of the i3. Maybe even just some different color schemes would be nice. It seems a bit forced as it stands now. There are many people, myself included, who like funky exterior/interior color schemes, so it would be cool to be able to pick and choose.

All of these gripes are minor, nothing worth canceling your order for. The i3 is a superb car, one that changes the way you look at the automobile. However, if BMW offered fixes to the minor quibbles, the i3 would be an even better everyday car.