This year’s Goodwood Festival of Speed celebrated BMW as its Honored Marque as the company turned 100. The anniversary also prompted the Bavarians to bring out most of its arsenal and impress the crowd present on Lord March’s grounds. Therefore, for a BMW fan there was no better place to be at in the last weekend of June other than in the UK, on the sidelines of the famous Goodwood Hillclimb.

That’s where icons from the 100 years of building BMW cars were celebrated starting with motorcycles and ending with some of the newest concepts the Munich-based company unveiled. It couldn’t really get any better than this if you live, breathe and talk white and blue all day long. Fortunately for us, some of the BMW convoy was recorded on tape and you can check it out in the video below. 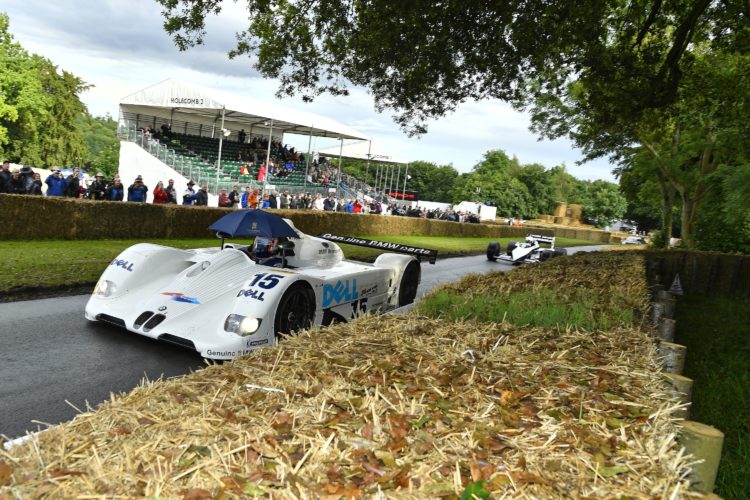 Cars steering their way up Goodwood’s famous 1.16-mile course included a beautiful 1957 BMW 507, the Mille Miglia-winning BMW 328 Touring Coupé from 1940, and a 1965 BMW 1800 TI/SA – an early example of BMW’s unparalleled success in touring car racing. Meanwhile, motorcycle enthusiasts were treated to an array of classic and modern bikes including a 1966 BMW R50 S Kaczor, a 1976 BMW R90S TT and legendary WR750 Kompressor from 1929.

You’ll also be able to spot Nelson Piquet’s former BMW M1 Procar, the BMW E92 M3 DTM that claimed BMW’s first title in the German championship after returning back in 2012, the iconic Longtail McLaren-BMW F1 GTR and some of the newest concepts.

You will also recognize the BMW 2002 Hommage concept which was unveiled earlier this year at the Concorso d’Eleganza Villa d’Este. Unfortunately, not all the cars the Germans brought to the UK are showcased here but you can check them out in our Festival of Speed extensive coverage that includes a more than generous photo gallery.