By now it is a well known fact that the new BMW X6 M is a ballistic missile on wheels. At close to 2.5 tons in weight, the X6 M is dangerously fast even in stock guise. But today, we’re going to show you the monster of all X6 M trucks. What we’re dealing with here is a Stage 3 X6 M that was tuned to squeeze no less than 850 HP out of the 4.4-liter twin-turbo V8 under the hood.

With such a drastic increase in power output, from the standard 575 HP the S63, can the X6 M take on the an even more powerful Mercedes-Benz ML63 AMG? 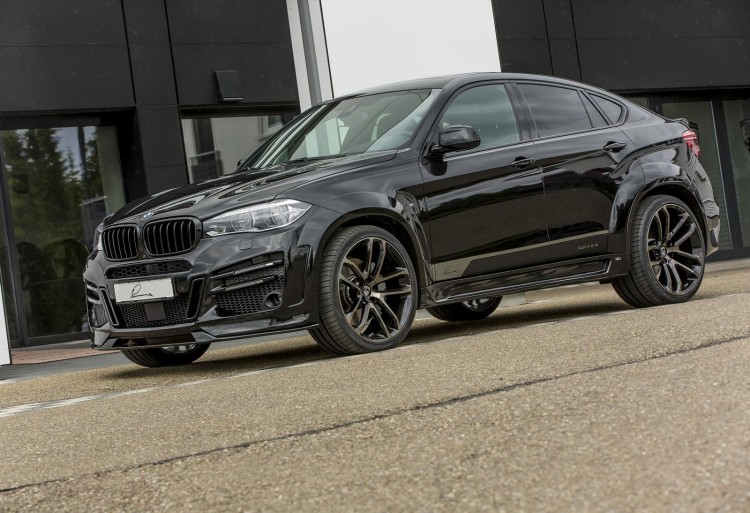 The two have been rivals from birth and that’s especially true for the BMW which arrived into this world later than the Mercedes. To be perfectly frank, the X6 is rivaled now by the GLE Coupe but the underpinnings of the X6 and X5 models are shared extensively as so are those of the GLE and GLE Coupe. Therefore, whether the X6 M goes up against an ML 63 or a GLE 63 AMG Coupe it shouldn’t matter as they have exactly the same parts under the sheet metal.

What might make the difference here though is the power output. In standard guise, the ML 63 AMG used to rely on 525 HP coming from a twin-turbo 5.5-liter V8 but the one in the video below has been tuned to make no less than 900 HP, thanks to the guys from GAD Motors. Therefore, the Merc has a bigger punch but who will win? Only one way to find out, check out the video below.