The guys from Drag Times Info are known for their ridiculous drag races that have cars with ludicrous amounts of power going against each other, usually somewhere in Russia. However, they decided to start making reviews recently and so far they discussed the new BMW X5 M as well as the brand-spanking new 7 Series. Today, they published yet another video review, this time of a BMW F80 M3.

The BMW M3 received great reviews from most publications out there and while some common faults were found in every magazine, the car was mostly revered as an improvement over its predecessor in terms of handling, acceleration, performance and even looks. The guys from Drag Times seem to adhere to this general consensus but they also had a couple of things to add, on their behalf. 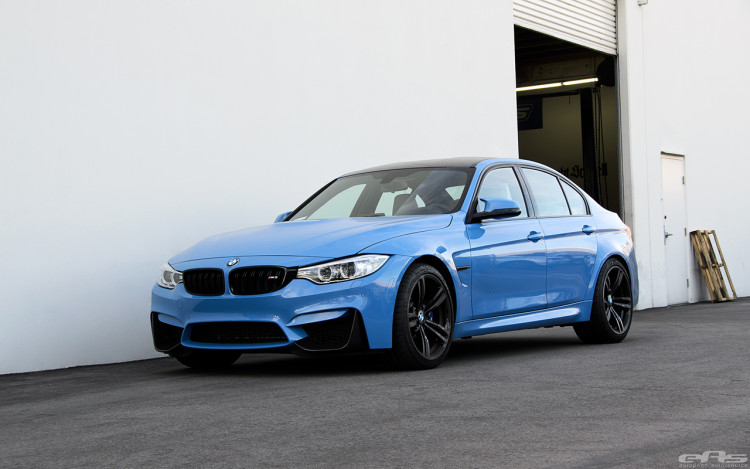 Their test vehicle was also a bit… special, to say the least. The owner of the car decided that the stock 431 HP the 3-liter twin-turbo engine made in stock guise weren’t enough so he went to Evotech to get a power increase. The tuner fitted the M3 with a new exhaust system from Akrapovic, new catless downpipes and a new ECU map that supposedly took the power up to around 580 HP. With such a drastic increase in grunt on the rear axle, it’s easy to see how the rear differential can get a bit overwhelmed.

And that’s one of the reviewer’s complaints. Tuning this car to such high values can easily make it unusable. Accelerating hard will start feeling more like you’re skating on ice and not driving on clean asphalt. While that may be fun for a while, it will get tiring, as it will happen with even the most expensive tires you can get.

There are a couple of other notes the reviewer makes about the car that may ring familiar too. One of the complaints he makes over and over again is that the engine sound is quite poor compared to the old 4-liter V8 installed in the BMW E92 M3, a theme we heard before, a number of times. And while for some it’s pretty hard to grasp the fact that this is no longer a V8 but a straight six engine (that sounds really good for what it is), we recommend you watch the whole thing and let us know what your take on the matter is.