This year, at the BMW M Festival held on the Nurburgring grounds, BMW unveiled a special edition M3 celebrating 30 years since the original was launched. Dubbed the BMW M3 “30 Years M3”, this special model comes with a few bespoke features that will set it apart in any given crown. Now, it also has its own launch video and it is as ominous as it gets.

Set in a dark forest, at night, the video has a chilly, deep voice speaking in the background, in what seems to be an ode dedicated to the M3, using words such as ‘hunter of the night’, perfectly suiting the character of the 30 Years M3. Everything in the 69-second long clip compliments the character of the BMW M3 and we have to say, it’s been a while since a commercial gave us goosebumps. 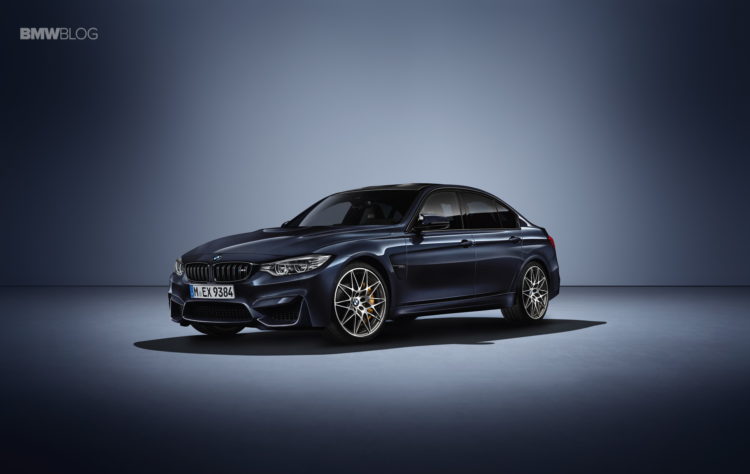 As for the special edition M3, you should know that only 500 units will be built worldwide so you may want to hurry up if you’re interested in one. All cars come fitted with the new Competition Package that adds 19 HP to the total output of the car, raising the grand total to 450 HP. All BMW M3 ’30 Years M3′ models can be fitted with the 7-speed DCT gearbox and they are faster to 100 km/h (62 mph) than the standard versions by 0.1 seconds. That means the manual special edition will do the run on 4.2 seconds while the automatic version will do it in 4 seconds flat.

Other add-ons include the M Adaptive suspension, a new setup for the rear Active M differential, new springs, dampers and stabilizers as well as a reworked ECU map for the driving modes to allow you to get the most out of the car. 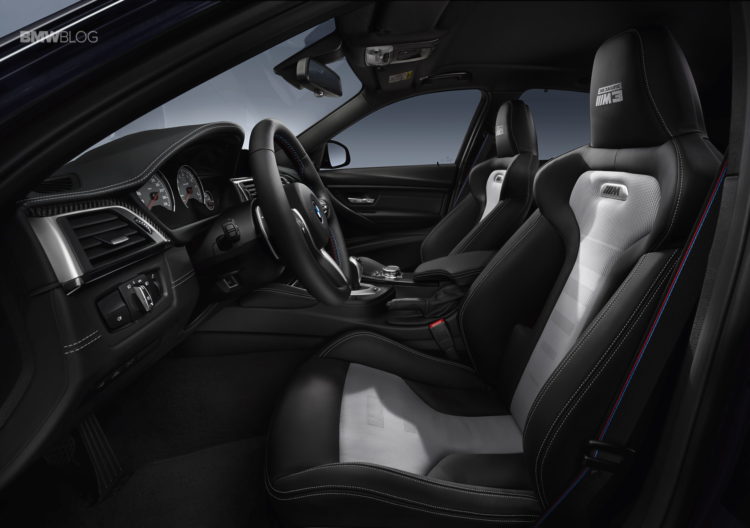 Inside the car you’ll find the “30 Years M3” logo stitched on the head rests, on the front door sills and the wording “30 Years M3 1/500” on the carbon fiber interior trim strip of the instrument panel. All cars feature an exclusive full leather Merino trim in bi-color Black/Fjord Blue or optionally in Black/Silverstone with color-matching contrast seams.