SPIED: 2018 BMW i8 could borrow from Safety Car 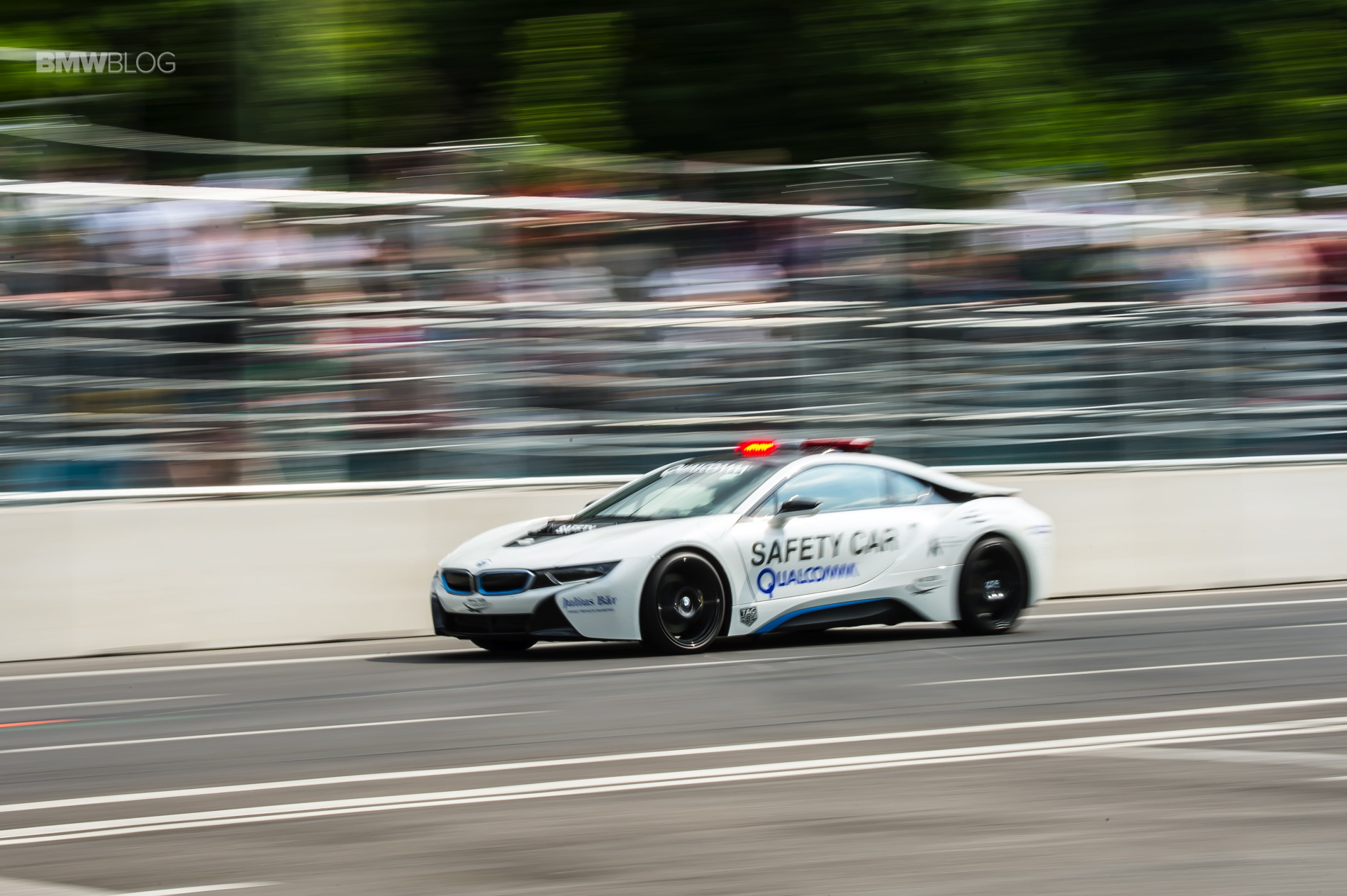 BMW’s current technological flagship, the mid-engine hybrid supercar i8, is one of the most impressive automobiles on the market and certainly one of the best looking. It’s a car that simply blew everyone away when it first debuted, as its incredible concept-car looks were like nothing anyone had every seen on a production car and its performance and handling were far better than people had expected from a three-cylinder hybrid. However, now that the BMW i8 has been out for a couple of years, it’s starting to lose a bit of its luster. So it seems that BMW is updating  the i8 for 2018 and it seems that it could borrow some bits from the BMW i8 Safety Car.

The reason that we say that is because this BMW i8 that was caught driving around Munich seems to have some Safety Car bits on it. The suspension is certainly lower than a standard BMW i8 and the wheels and brakes seem to be pulled directly from the BMW i8 Safety Car. It also has the Safety Car’s vented CFRP panel that replaces the rear glass. 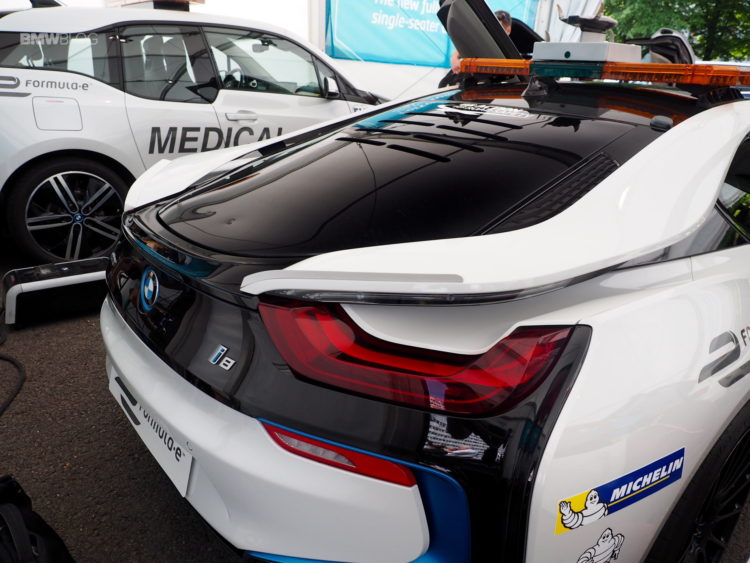 The BMW i8 Safety Car has some performance upgrades as well, with an added boost of power, the ability to wireless charge and some chassis tweaks as well, including new upper front wishbones and Bilstein suspension. While we can see that this BMW i8 has its suspension slightly lowered, we obviously can’t tell if it’s equipped with any of the other chassis or performance upgrades. But it does make you wonder if BMW is working on a new, higher-performance variant of the BMW i8.

Our Editor-In-Chief, Horatiu, was recently able to get some seat time in the Formula E BMW i8 Safety Car and all of the changes made to it seem make a huge difference. According to him, the steering was considerably heavier than the standard i8’s and had much more feedback, reminiscent of old-school BMW’s. This is a pretty big deal, considering that the current BMW i8’s steering is a bit unnatural feeling and overly light. He said it also felt sharper and as if it could be a proper race car. So if BMW is planning on putting any of that stuff into the i8, sign us up.