The current generation BMW 3 Series might not be the most engaging 3 Series ever made and it’s possible that it’s not even the most engaging car in its class, currently. However, it is still a very good car and one that is almost impossible to beat as an all-around sports sedan. Maybe the Jaguar XE has a bit sharper steering and maybe the Audi A4 has a nicer interior and maybe the Mercedes-Benz C Class is more luxurious. But the 3 Series arguably blends all three of those characteristics together better than all of those cars.

This is especially true with the BMW 320d, which isn’t available in the US market. The BMW 320d is powered by BMW’s 2.0 liter TwinPower diesel engine and it develops 222 hp and 280 lb-ft of torque and can get from 0-60 mph  seconds all while also returning a claimed 58 mpg. That’s a pretty great sounding performance package, as it’s fast enough to be fun and engaging, but it won’t hurt your wallet doing so.

While people might complain the the current F30 BMW 3 Series isn’t the sharpest driving car in its class, it’s still a damn good driver’s car and with the optional M Sport adaptive suspension, it can really come alive. Plus, BMW’s given the 3 Series a bit of an update with its latest LCI treatment and, believe me, it makes a huge difference in terms of handling and steering. The post-LCI 3 Series is a much better driving car. 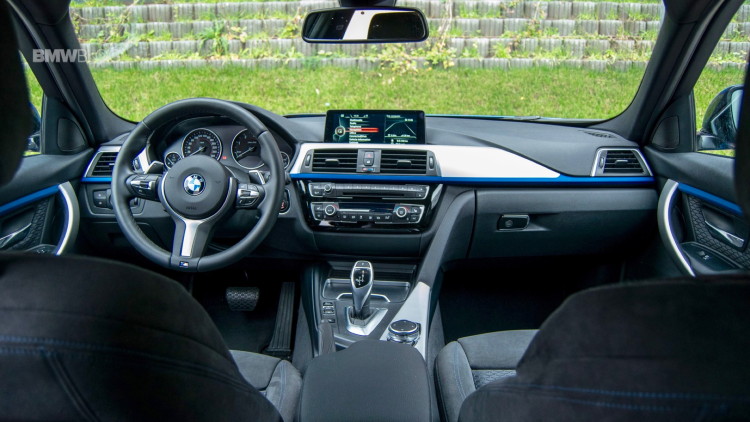 Matt Watson from Carwow recently reviewed the BMW 320d in his latest video review and he came away with mostly good things to say. All of the aforementioned qualities were mirrored by Watson, who claims that it’s a great fun car to drive, as long as you spec the M Sport suspension, and it still returns excellent economy. However, he also points out just how practical and well built it is. The back seat has plenty of room for four adults, although it gets a bit cramped with five. He also shows us just how big the trunk is, despite it being a rear-wheel drive-based car, and that its opening is so large that it actually makes it easier to load than most of its rivals. Interior quality is also said to be very high, with excellent build quality.

So, all in all, while the BMW 3 Series might not be the most thrilling 3er of all time, but it’s certainly hard to fault, as its breadth of abilities is immense. Not only is it still a fun sport sedan that looks great, but it’s also one of the most practical on the market and, if you spec the diesel engine, one of the most efficient. So the BMW 320d, despite its age and place in BMW’s own history, is still one of the better buys on the market.