It’s pretty clear by now that the new BMW M2 is a success. All the reviews published so far seemingly loved the new M car and it wasn’t because of its ludicrous amounts of power – it’s not the case anyway – but because of its nimbleness and agility. Therefore, it was only a matter of time until a tuned version came out. 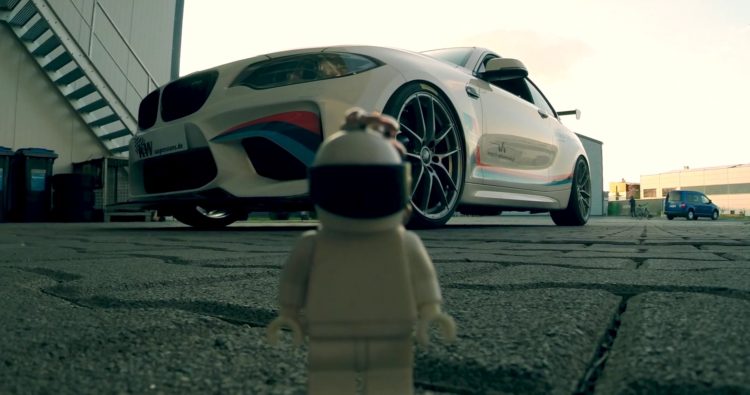 As you can imagine, this required a new exhaust system that could handle the extra fumes coming from the engine bay. Other changes include a huge carbon fiber lip up front as well as new 20″ OZ Leggera wheels, KW Clubsport coilovers, Recaro bucket seats and an adjustable rear wing on the boot.

All in all, this car definitely looks like it’s capable of putting down a seriously fast lap time on the Nurburgring. Thanks to the M stripes on the body, it also reminds us of the legendary 2002 Turbo, a car that was unfortunate enough to be launched during the 1970s oil crisis, therefore not reaching its peak potential as a cult car.