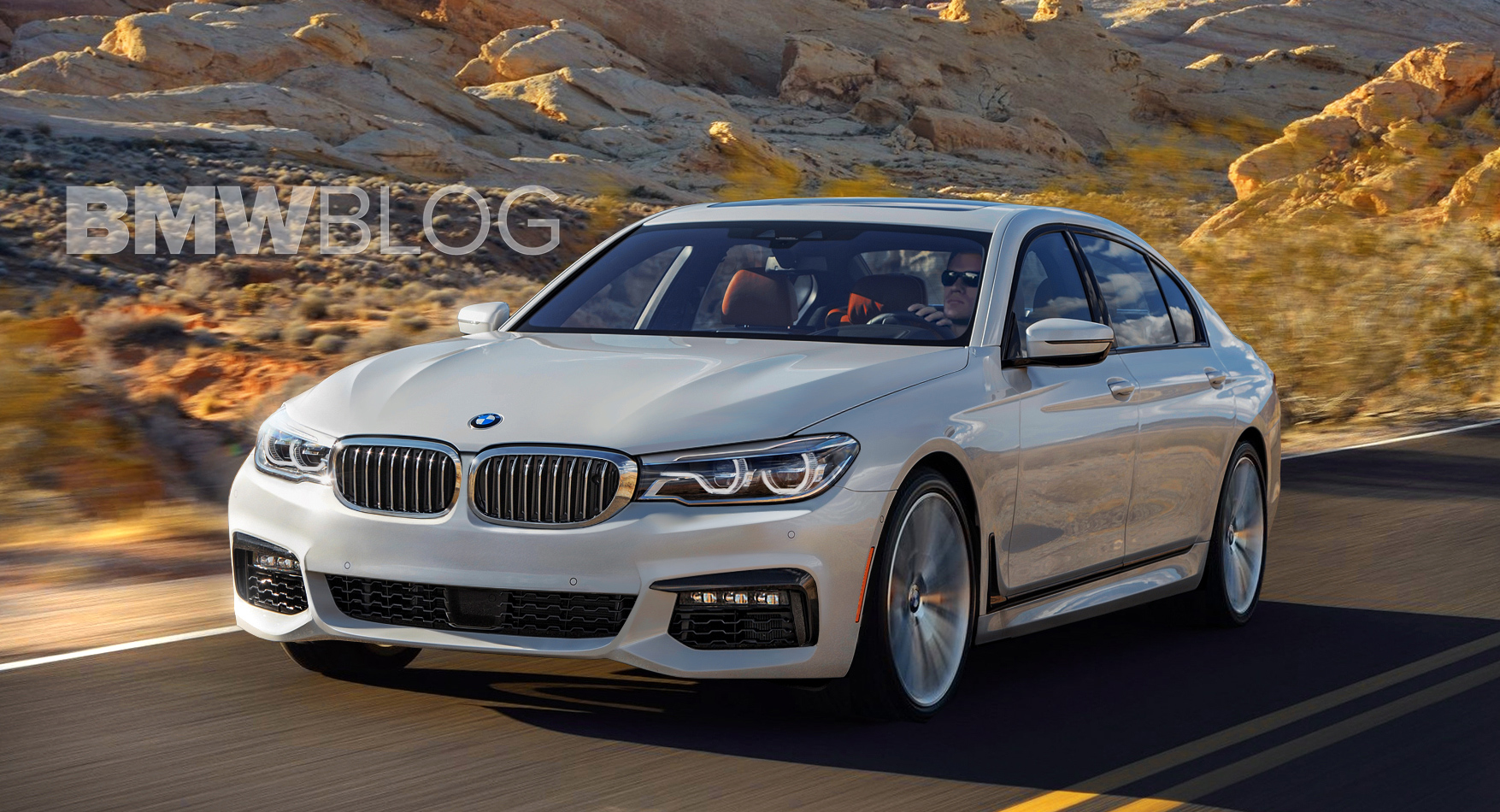 In the upcoming months, BMW will unveil the new generation 5 Series. The midsize sedan has been publicly testing for the last twelve months and it’s now ready for primetime. Furthermore, BMW is currently hosting an international event where journalists from around the world get to experience pre-production prototypes before the official market launch at the end of this year.

Ahead of the official unveil, we’ve decided to take one more stab at illustrating the design of the new G30 5 Series.

As seen in the rendering below, the G30 5 Series uses styling cues from the recently launched 7 Series with an elongated bodystyle, sharp-rounded corners and the upright kidney grille which connects with the sleek headlights. Just like the 7 Series, we expect the new G30 5 Series to offer optional laser headlights with selective beam.

The image seen here also shows the top model 550i with the M Sport Package which brings enhanced sportiness to the middle athlete. The large air intakes at the front and the aggressively-sculpted front bumper remind us that the 5 Series is not only a luxury sedan, but also a sporty car when needed. Compared to the new 7 Series, the G30 5er is shorter, with much shorter overhangs, giving it a tighter look. The hood also slopes lower and is more aggressive than the 7 Series’. The predominant body line down the side of the car is an evolution of the current F10 5 Series. The side view profile displays the typical character line beginning within the front fenders, then flaring out above the door handles.

As far as the technology bits go, there will be a considerable amount of pressure mounting on the shoulders of the engineers, since the E-Class that was launched not long ago does claim that it is the most technologically advanced car in its segment.

That means, we’ll probably get to see most of the technology first launched on the 7 Series imbued in its smaller brother, from the new iDrive infotainment system to gesture control and even laser headlights. Some novelties might also make their debut on the 5 Series and my money’s on the Organic LEDs we’ve seen on the M4 GTS.

As for the engine range, no big changes should happen. 1.5-liter 3-cylinder units are not likely to be introduced, and the entry-level choices around the world should still be based on 2-liter 4-cylinder mills. The biggest changes will come from the introduction of the new B-family of modular engines on all models, as well as a more diverse offering of plug-in hybrid versions.

Globally, the new 5 Series will be offered in sedan, Touring and Gran Turismo configurations, followed by the F90 M5.